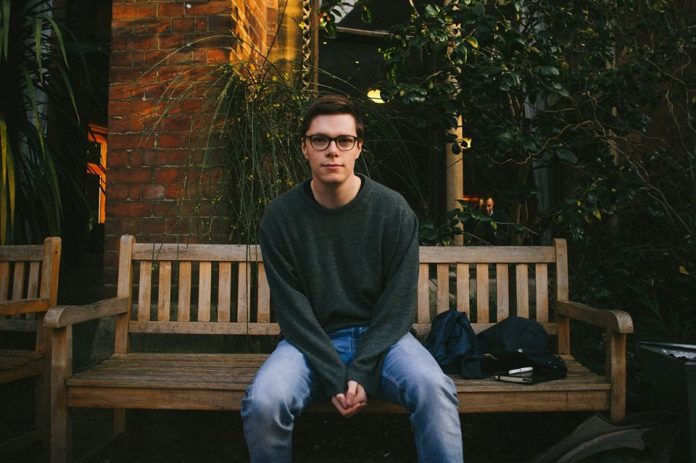 How did you get involved in drama?

When I started at Oxford, I always knew I wanted to be involved in drama. I’d done a lot of acting at school, and back then it was sort of a pipe dream idea that I wanted to go into acting. I knew I wanted to get involved, and so I started out with Cuppers. I directed a really, really bad St John’s Cuppers play, and that was basically it!

What’s your happiest memory of drama at Oxford?

My happiest memory? Oh my lord… I have so many happy memories, it’s hard to think of one in particular! Working with the cast I did over the summer for the OUDS Shakespeare tour would have to be some of the most fun memories I have, it was just a wonderful cast to work with, but so much other stuff too!

Have you ever had any production nightmares while in Oxford?

I directed a play in Trinity last year, and I wouldn’t say it was disastrous, I just got very stressed because one of my actors didn’t learn the lines fairly close up to the production, so that was quite stressful. Oh, and we’re currently trying to find a sink for Lovesong, which is causing a little bit of stress. It’s fairly hard to find a sink.

Do you have a particular favourite play?

That’s so hard! I read what Lucy (Hayes, Chair of OUDS) wrote and basically completely agreed with her that I cant really choose one. And I’ve never seen or read Angels in America, which I feel singles me out as one of the few people in Oxford drama who didn’t see that production of Angels at the National! In general, I have quite an eclectic taste in theatre. I really like modern stuff, I’m a big fan of David Hare and his writing in general, but I don’t really know what my favourite play is. Sorry, that’s a really bad answer!

Are there any plays that you’d like to see put on in Oxford?

I play that I really really like is a play called Betrayal by Harold Pinter. It’s really cool, it’s got a very small cast, it’s a very intense play about three people and it goes backwards chronologically, over the course of an affair that’s happened, which I think is a really cool concept, having a play that goes backwards.

Do you have any inspirations in the world of theatre?

There are some truly amazing people at Oxford drama. In terms of who inspires me, I would have to say Chris Burr is up there, simply because of the sheer amount of work and shows that man can get done – he’s an absolute machine. It’s really quite impressive. In sheer terms of workload that man is an inspiration to everyone. And then, I wouldn’t say I have one person who inspires me, but I’m inspired by the sheer talent of everyone around me. It’s so much fun working with them.

Do you have any plans to go to drama school after Oxford?

I need to get my applications in over the Christmas holidays, so yes, that is the plan. I was tempted to apply before (in lieu of going to Oxford) but I’m very glad I didn’t because I feel like I’ve got a lot better since university, and I feel like I’ve also grown up quite a lot.

Do you have any advice for freshers who want to get involved with drama at Oxford?

Just go for it, generally. Really go for it, throw yourself into it. Go to socials. Go to the drinks events. Go to workshops. The auditions workshops are really good if you’re in anyway nervous about auditioning, for example if you don’t know what monologue to do, go along to those. There’s a new lot coming up run by Fran Amewudah-Rivers through the BAME Drama Society which she’s founded, which is really cool. I also think that anyone can get involved with drama, not just freshers. There was a friend of mine who graduated a few years ago, who in fact helped me get into drama, and he only started acting in his third year at Oxford, he really got into it and now wants to go into it professionally, so I don’t think you have to be a fresher to want to get into drama.

What’s your favourite role on the production team?

My first love is acting. I did really enjoy directing Skylight, and I’m really enjoying producing (for Lovesong), it’s good fun. I’m working with an amazing cast on Lovesong at the moment, and I’m producing Crocodile which is coming up next term with the same production company.

Have you seen any plays at Oxford that stand out to you?

What have I seen this term that’s been amazing? I’m trying to think. A few years ago I saw a production of Rhinoceros which has stuck in my mind as being one of the most amazing shows I’ve seen at Oxford, it was just incredible. I saw it right at the end of my first year and it’s just stuck in my head. Then the tour show last year, which was A Midsummer Night’s Dream, I remember seeing that and finding that one of the funniest shows I’d seen in a long time, which is always hard with Shakespeare.

Could you tell us a bit about the OUDS tour?

This summer we had the privilege of doing a week at the Sam Wanamaker Playhouse, which is part of Shakespeare’s Globe. It’s completely auditioned from Oxford actors, directed by Oxford people, and it just gives you the opportunity to work with a company of actors for the space of two and a half months. I wouldn’t say it was that different to any other Oxford show, except in the size of it and the length of the run. That’s one of the things about Oxford shows, you work really hard for about 2 or 3 months on a show and then it’s over in 3 or 4 days, so it was great to have the opportunity to do a show where you do it and keep on doing it,and you learn new stuff along the way.

Could you tell us a bit about Lovesong?

The concept of Lovesong is that there is a couple, who we see at the start of their relationship just after they’ve got married, and then we see them 50 years on, but we don’t see them in separate scenes, we see the characters working together, interacting with each other on stage, principally through movement, so you have one actor coming in and being replaced by another, and it’s very fluid in that sense, so you don’t have this strict timeline. It’s also very beautiful, and I think it’s a really important show for Oxford because physical theatre doesn’t get done enough. I think what Luke is trying to do in Lovesong is really important, and it’s really fun, but really hard for the actors. I was in a rehearsal the other day and the actors were working with Luke deciding how to physically represent a sequence, and it was really interesting to watch because they were there working with each other, devising movement as they went along, which is just a really cool way of working.

Do you have any other exciting projects coming up?

We are in the process of holding callbacks for The Crocodile, which is a show that we’re doing in 7th week at the Pilch next term, which is different to Lovesong in the sense that it’s a comedy – it’s by Tom Basden, so it’s absolutely hilarious. It’s all being done through Nitrous Cow, which is me, Luke and Alex, so hopefully we’ll be able to give it a bit of a quirky edge, like we’re trying to do with Lovesong. It may well be my last project. Obviously I’ll audition for the tour again next year and hopefully do that, but this may well be one of my last projects. I’m trying to do a bit more film, I’ve got a couple of films coming up in the holidays with some Oxford people, but that might be it for me! Well, it would make my tutor happy. It’s been fun while it lasted.

How did you go about founding your own production company?

It’s much easier than you think. People worry that there’s a lot of paper work and everything, but basically its you, a producer and a director, basically deciding that they want to run some theatre together and creating a Facebook page, and that’s basically it. You can go about slightly more complicated things by having a bank account and stuff like that, but realistically it’s very doable. You establish really strong working relationships with people, and it’s nice knowing that you’ve got people there to get stuff done.

Do you have any quirks before going on stage?

I brush my teeth. I also have a tongue twister which I always do to myself, generally, which I was taught when I was about 14, and I’ve pretty much been doing it to myself ever since. I don’t have any grand rituals, like spinning round three times in the wind facing north. In fact, it’s not even a tongue twister, it’s just a weird little phrase. I will keep it to myself. It will remain a secret.

Lovesong is playing at the Michael Pilch Studio from November 29th to December 2nd and is currently sold out, but more seats may be added.