Sign in / Join
More
Features ‘Because I shall write the history’: The National Trust’s uphill battle to... 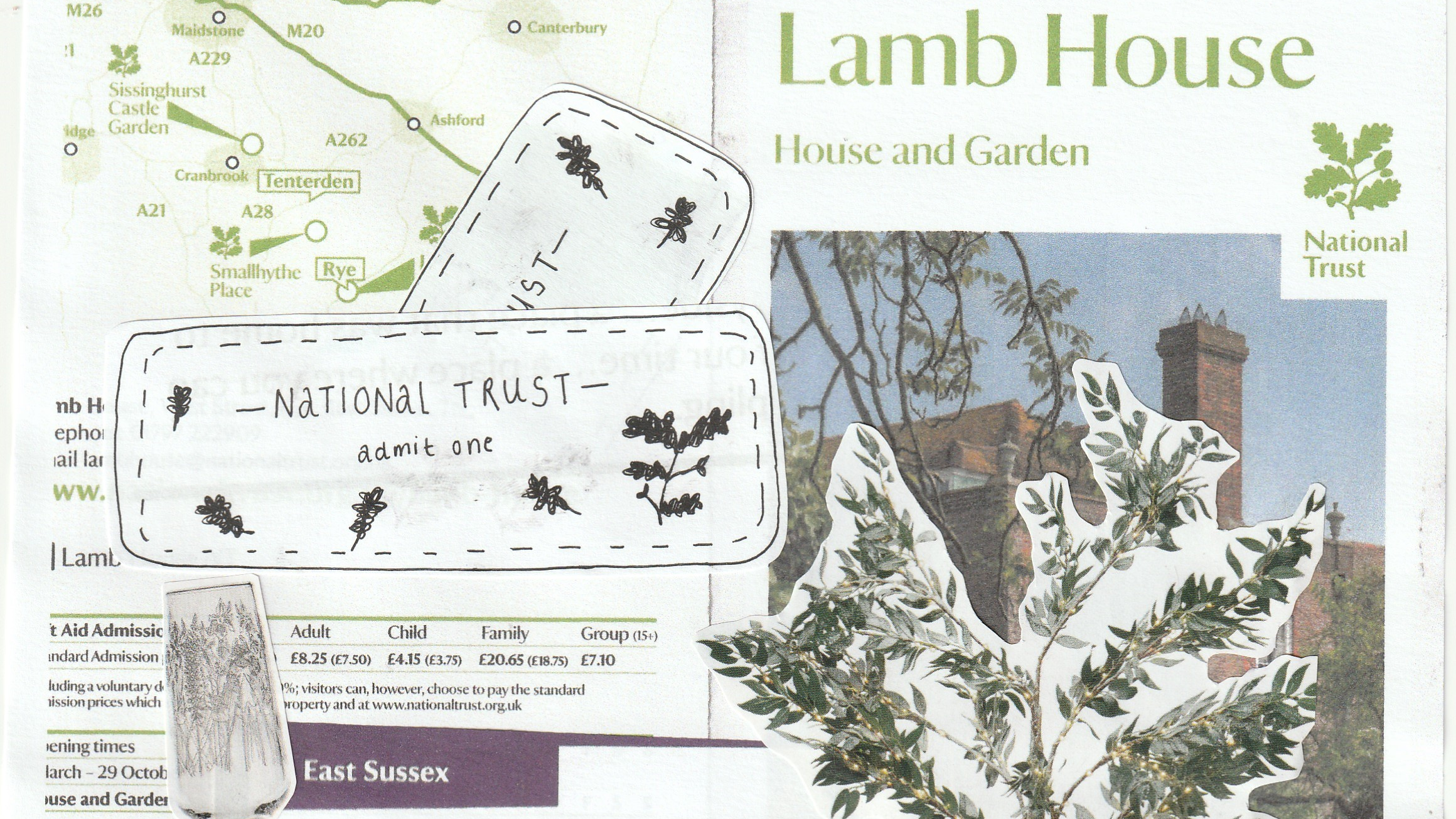 By the time that Winston Churchill was gloating at the 1943 Tehran Conference that “history will judge us kindly…because I shall write the history,” Bengali children were eating grass, begging for the starchy water in which rice had been boiled, or being thrown into wells by their desperate parents to avoid them dying of starvation. This was the stark reality of the 1943 famine in Bengal, which killed up to 3 million people; many historians have pointed to the decisions of Churchill’s wartime cabinet as exacerbating the disaster, as they failed to heed multiple warnings that extensive exports from India could result in famine. Churchill himself was quoted as blaming the famine on the fact Indians were “breeding like rabbits”, and that “the starvation of anyhow underfed Bengalis is less serious than that of sturdy Greeks.” This narrative blamed the starved people for their own starvation, and denied any responsibility of his own government in perpetuating this atrocity. Yet Churchill’s statement at Tehran is true; the influence of his version of history retains its hold today, as critics rail against the National Trust’s recent attempts to investigate the links of various properties with colonialism. These endeavours have been accused of ‘attacking Englishness’, of ‘smearing’ historical figures, and of ‘indoctrinating children’.

September 2020 saw the start of the row, with the publication of the Trust’s ‘Connections between Colonialism and Properties now in the Care of the National Trust, Including Links With Historic Slavery’ report, which head curator Dr Sally-Anne Huxtable says was compiled to acknowledge the origins of many of the Trust’s properties in slavery and colonialism, as “only by honestly and openly acknowledging and sharing those stories can we do justice to the true complexity of past, present and future, and the sometimes-uncomfortable role that Britain, and Britons, have played in global history since the sixteenth century or even earlier.” The report revealed that Powis Castle in Wales, for example, is imbricated in Robert Clive’s colonising and looting activities in India. Today the property still holds around 1,000 items from the amalgamated collections of Robert and his son Edward, including statues of Hindu gods, weapons and ceremonial armour from India and East Asia, as well as a gold tiger’s head finial taken from the throne of Tipu Sultan, who had been murdered while defending his fort of Seringapatam – every Briton that took part in that siege was awarded a medal by the Governor-General of India, the design showing “the British Lion subduing the Tiger, the emblem of Tippoo Sultan’s Government.”

Controversy arose when, as part of the Trust’s attempt to “challenge the familiar, received histories, which both exclude the vital role that people of colour have played in our national story and overlook the central role that the oppression and violence of the slave trade and the legacies of colonialism have played in the making of modern Britain”, Winston Churchill’s former home, Chartwell, was included on the list of investigated properties. Rudyard Kipling – the creator of many wholesome family favourites, such as ‘The Man Who Would Be King’ where white British men become gods and kings of Kafiristan – had his family home ‘Bateman’s’ also included. This prompted a furious response, as many rose to ‘defend’ the former prime minister and author. The Daily Mail described the list as a “BLM-inspired list of shame” and Robert Clive as a man who merely “played a key role in Britain’s colonial dominance in India and … amassed a vast collection of Indian artefacts”. Anne Widdecombe announced she would be cancelling her membership because she was “tired of these sorts of woke games being played”, and historian Andrew Roberts wrote that “These ahistorical and highly prejudiced attacks on Churchill seem to be part of an attempt to strip Britain of a heroic narrative rooted in the most glorious moments of her past.” Current Culture Secretary Oliver Dowden similarly stated that the National Trust should focus on ‘preserving and protecting’, as its depiction of Churchill would “surprise and disappoint people.”

Yet it is essential to consider what the report itself actually said. It only mentions Churchill twice: once to say “Churchill…served as Secretary of State for the Colonies from 1921 to 1922. He was Prime Minister during the devastating Bengal Famine of 1943, the British response to which has been heavily criticised. Churchill opposed the Government of India Act in 1935, which granted India a degree of self governance.” and again to mention his family home, writing “Chartwell was the family home of Sir Winston Churchill…Leading historians, such as Robert Rhodes James, comment that Churchill lived an ‘exceptionally long, complex, and controversial life’. He… helped to draft the Anglo-Irish Treaty at the time of the creation of the Irish Free State.” All of these statements are factually accurate – those criticising the report as ‘smearing’ ought to take it up with Churchill. Despite Tarnya Cooper, the Trust’s curatorial and collections director, stating that “We are not doing anything more than present the historical facts and data,” the National Trust’s attempt to simply avoid censorship is perceived as a threat by those who are more interested in following the traditional heroic narrative of British imperialism, obscuring a reality of millions of deaths.

Such criticisms are arguably grounded in warped perspectives of British imperialism itself, epitomised by Andrew Roberts’ description of the British Empire as “overall a noble endeavour that for the vast majority of time brought great benefits for most of its native inhabitants” and points to “Britain’s mutually beneficial relationship with her colonies”. The facts somewhat challenge this ‘mutually beneficial’ picture: Britain obtained £8 billion in cash and materials from India, whilst during the period of British occupation, India’s share of the world economy dropped from 23% to just over 3%; Britain demanded around £18 million in taxation per year from 1765-1815, while India got land taxes averaging 80-90% of the rental; British civil servants got their highest paid source of employment in India, which India had to fund. The sinister myth of mutual equal benefit is one long debunked – railways, a common example of a ‘benefit’ brought to India by the British, were designed to transport  Indian exports predominantly to Britain (like the 70,000 tonnes of rice exported from India between January and July 1943, even as famine set in and victims subsisted on 400 calories a day from government-run relief centres). Railways in India were designed and built for British use and profit. The myth of the British Empire as a benevolent force is a dangerous, but persistent, falsehood  – YouGov in 2019 reported that 32% of the British public thought that the empire was something to be proud of, rather than ashamed of; 33% thought it left colonies better off and 27% said they would like it if Britain still had an empire.

The debate was ignited again in December and into January over ‘Colonial Countryside: National Trust Houses Reinterpreted’, another National Trust project, this time working with primary school children to teach them about various sites linked to colonial and slave trade history. The children at Colmore Primary in Birmingham, for example, wrote poems about their findings at Charlecote Park in Warwickshire. One child wrote about a sword stolen during the first war of Indian independence – “The sword is jewelled, the sword is stolen, but from who? The answer is: the Indians. This strong sword was used to fight for freedom, the freedom sword, the freedom sword.”

This educational focus of new National Trust projects, despite suggestions to the contrary, is one that is desired by the public: a recent poll by Policy Exchange found that 76% of people thought the National Trust should be doing more to educate visitors on histories of slavery and colonialism, and in 2020 a petition that the government should ‘Teach Britain’s colonial past as part of the UK’s compulsory curriculum’ gathered 268,772 signatures. Many have welcomed the Trust’s recent efforts, but argue that they have not gone far enough in addressing historical realities; Catherine Bennett has suggested that “you could see this as a long-overdue and welcome rebalancing,” which “might perhaps have benefited from some more detail,”. Yet as long as these projects remain flashpoints in Britain’s escalated ‘culture war’, more extensive research will be hard-won. Nesrine Malik points to how rightwing politics benefit from such controversy “by fostering a sense of threat, a fantasy that something profoundly pure and British is constantly at risk of extinction.” The issue of the National Trust’s desire to educate remains embroiled in political conflicts over ‘British identity’, despite the evidence which shows that there is demand for the National Trust not only to continue its educational projects, but to engage in even more thorough investigation.

The major question that arises from recent criticisms of The National Trust, aside from ‘did anyone actually read the report?’ or ‘does anyone know what the word ‘smear’ means?’ is this: how does a falsehood of glory, based on the suffering of millions, match with our current aspirations for education, understanding and diversity? It doesn’t, and shouldn’t. As long as British identity rests on the censorship of our own history to uphold a false narrative built on subjugation, we are no better than those who chant ‘Make America Great Again’. British people can be proud of the sacrifices they made in World War 2 to defeat fascism (which they achieved alongside 2.5 million Indian soldiers, the largest volunteer army in history) without turning a blind eye to Churchill’s role in imperialism, and the vicious consequences that this inflicted. The National Trust is not ‘rewriting’ history, but rectifying a false narrative based on notions of white, British superiority. The Trust itself has a long way to go in its research, and uncovering the histories of its properties. But these projects mark an important first step toward a telling of British history in which Churchill is an impactful figure, but not its most privileged author.