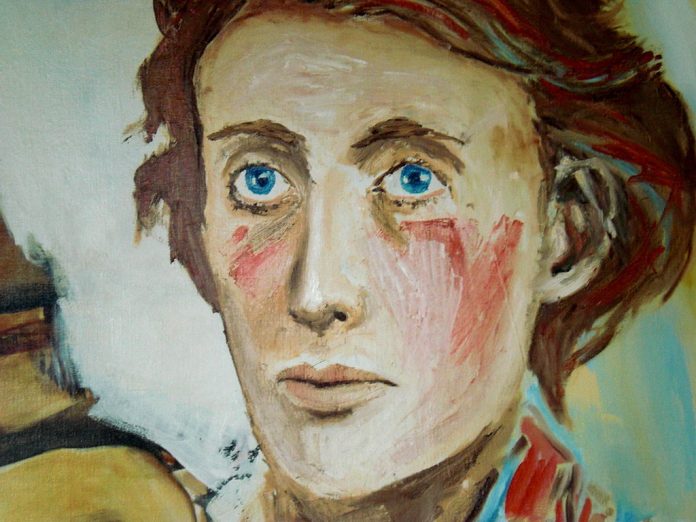 I went into Vita and Virginia with a great deal of trepidation after eyeing the IMDb rating, and it was not without cause. When a film has a trailer with no obvious defects and is yet rated under 6/10, you’re just sitting there in the theatre, waiting for the ball to drop. This comes early on in the film – in fact, with Vita and Virginia’s first meeting. Vita (Gemma Arterton) enters a party and sees Virginia (Elizabeth Debicki) dressed as Shakespeare, doing a strange sort of swaying solo dance akin to Luna Lovegood on Xanax. The visual and auditory cues intend for the audience to empathize with Vita’s wonderment at both Virginia and the general decadence of the Bloomsbury set, and yet it comes off as satire.

The film tonally misses the mark for a number of reasons. Scored by Isobel Waller-Bridge, the film’s music aims for an ambient tone, but ends up closer to an HSBC advertisement. This effect is heightened by the over-polished visuals, which tend to cliche. I mean, did we really need shots of Woolf smoking at the typewriter spliced in every ten minutes, lest we forget she’s a writer?

That notwithstanding, there are some spectacularly constructed scenes in the film, especially the shots of Kew Gardens; director Chanya Button draws visual parallels with Baz Luhrmann’s Great Gatsby. But Gatsby works because it doesn’t claim to be anything other than a fun romp, while Button’s vision lacks that clarity.

Part of the problem is the source material. The film is based of Eileen Atkins’ 1992 play of the same name, which likewise lacked direction. In a 1994 review for the New York Times, critic David Richards writes that Atkins has “cut and arranged” the letters of Woolf and Sackville-West, “but she has been unable to find an organizing principle for the script other than time.” The films’ aimlessness is even worst, spending far too much time on half-blurred scenes of Debicki and Arterton reading letters and making little effort to construct an overarching narrative. This play at realism might have worked with more subtle aesthetic choices, but ultimately just makes the film feel like a muddle. In fairness, Vita and Virginia’s real-life affair was quite obviously a muddle, as we are continuously reminded in the film, but – crucially – this means it doesn’t make for good art in its raw form.

At the end of the film there is a slide telling the viewer that Orlando, Woolf’s 1929 novel inspired by Vita Sackville-West, sold more than any other of Woolf’s books. However, if their relationship is largely significant as a source of literary inspiration, why make a film about it at all? It’s almost an admission that the film does not stand on its own. Which is too bad, because it could have. The relationships built up in the film were engaging but got lost in superfluous detail. Plot elements which went nowhere were constantly introduced, seemingly for purely historical purposes. Button skims over the ‘rest cure’ (the common early 20th c. practice of prescribing strict bed rest to ‘hysterical’ women) administered to Woolf, and presents her mental illness as CGI vines that only Woolf herself can see. Debicki plays the panic attacks well, but the visuals detract from the gravitas of Woolf’s illness, relying once more in the particularly tiresome trend of aestheticizing mental illness.

This film might be nice to play in the background of a casual gathering if you’re an English student, but that’s probably the highest praise I can give it. The relationships between Vita and Virginia and their respective husbands are legitimately touching, but entirely swept by the wayside. This treatment by Button leads to increasing frustration with both the characters – Vita is especially unlikable – as is the film itself. Vita and Virginia is probably best left a source of nice stills and Pinterest GIFs.

Booksmart and the art of growing up

Work is hell: the brutal beauty of corporate aesthetics