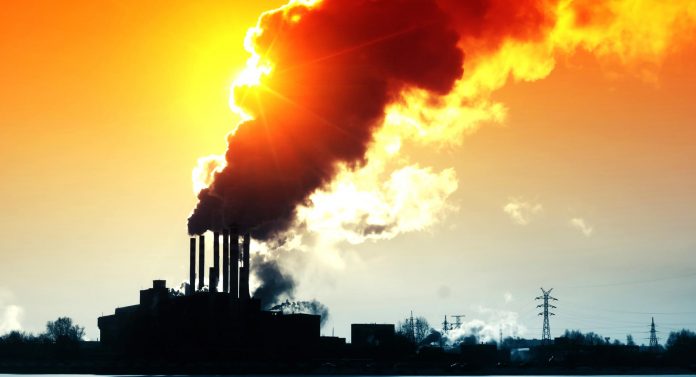 The year is 1960, and Charles Keeling begins his ‘Keeling Curve’, following a prediction in 1959 which stated that CO2 would rise by 25% by the year 2000 with potentially ‘radical’ effects on the climate.

Fast forward to 2019 and, even sixty years later, such vague predictions are still regularly being put forward by the world’s leading scientists. Yet, many doctors are now diagnosing their patients with ‘eco-anxiety’ due to the imminence of the climate crisis, and eco-rebels have taken to the streets. The most recent rebel group, Extinction Rebellion, is one of the most popular revolutionary movements the UK has ever seen. However, it seems that action on the street is still far weaker than words on a sheet.

Intellectualisation is by definition a defence mechanism we utilise when wishing to revoke emotional stress. We, as students at this university, are extremely prone to falling into the trap of intellectualisation. The emotional turmoil of a break-up or a fall-out with friends may be easily forgotten about by delving into revision, or getting stuck into a good book which combats emotion indirectly. Even staying on to do a Masters’ degree can sometimes act as a sort of intellectualisation; to escape the real world and the prospect of having to find a job, each year thousands of students decide to keep themselves within the relatively comfortable borders of higher education. In all three of these examples there is a common theme; avoidance.

But how is this relevant to climate change? Prior to last week, I had always been proud of myself for committing to my studies of climate change at school, constantly discussing the topic with my friends, and attending the lectures of the Oxford Climate Society regularly whilst at university. Yet, it was one of these very lectures that made me realise that my understanding of climate change, and the narrative I apply to it, was in fact an immoral one.

The lecture I attended was led by Mike Hulme, a Professor of Geography at Cambridge, and the author of the renowned book Why We Disagree About Climate Change. Hulme became a climate sociologist after years of work within the field of climate science, interested in the way humans view the issue of climate change from various different perspectives. In the lecture, he applied the framework of different ‘narratives’; he argued that some may view climate change as a left-wing conspiracy, some as a tale of moral growth, whilst others may even link their narrative to religion. Hulme discussed these variants on the assumption that anyone with a ‘narrative’ was not questioning the actual facts of climate change, and I was intrigued by the framework he was giving this global issue. Yet, whilst sat in this lecture, feeling intrigued and vaguely perplexed, I felt a sudden pang of anxiety at the utter triviality of everything Hulme was saying. Nobody in that room was actually doing anything about the issue at hand.

At this point in the lecture, I had a horrific moment of anagnorisis; I realised that I enjoy learning about climate change. The climate crisis is an issue that combines my love for physical geography and tragic drama into one captivating screenplay; one that I appear to be all too happy to re-watch. Yet, somewhere within my learning about climate change, I seem to have misplaced the most important fact; that this screenplay can’t be re-watched. The finalé is the extinction of the human race and the end of all life on earth.

For years, I have deflected my guilt onto national governments and TNC oil-companies, who laugh their way out of the climate crisis with ineffective, localised schemes, rather than utilising their global platforms to promote large-scale change. But who am I to judge? What have I actually been doing to combat the climate crisis? I have merely been indulging in the intellectual essence of climate change, retreating into the facts and statistics, and, ironically, believing that I have been ‘spreading awareness’ through writing short articles for Cherwell. Now, like national governments and international organisations, I am increasingly beginning to realise that this simply won’t do anymore. I must break out of the cycle of over-intellectualisation and remind myself of the reality of the tragedy that is about to ensue.

Such a change of heart, and indeed of mind, also needs to occur within Oxford. The University continues to be an important research centre within the global effort to tackle climate change, yet its findings often simply state facts, and show no interest in actual involvement with mitigation and adaptation methods. The University and its findings demonstrate an unquestionable example of over-intellectualisation; our scientists work with the issue of climate change, yet are entirely detached from the direct emotional and physical consequences that this issue might bring. Scholars such as Mike Hulme are no longer relevant in the discussion of climate change – we need action, and we need it immediately.