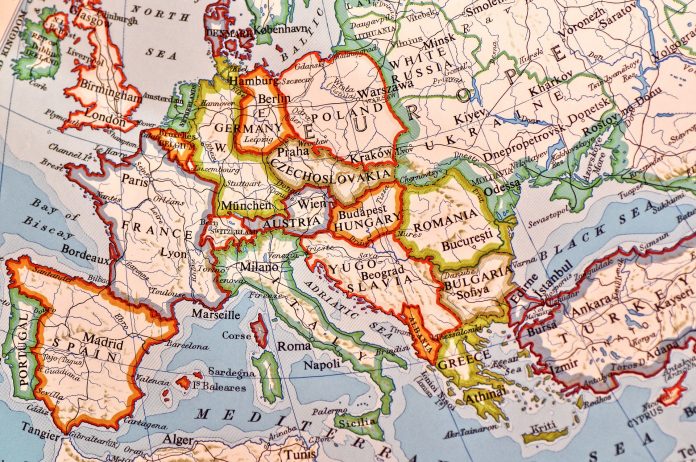 In 2015, talks of rethinking Oxford’s history curriculum seemed to be gaining momentum. In June 2015, in response to a report that stated that “the majority of students felt that the current history syllabus did not provide sufficient coverage on topics such as non-European history nor on themes such as gender”, the Oxford History faculty voted to implement a set of reforms aimed at ‘diversifying’ its curriculum. The department proposed introducing history papers that covered a wider number of geographical areas as well as courses concerning gender and race. This was dubbed a ‘remodelling’ of existing British, European and World history papers.

But how much progress has really been made? Despite curriculum reform, the majority of outline papers (those covering a substantial time-period) continue to focus on traditional British and European history. Though options are available ranging from China to South America, they are much fewer in number and are often only available in a student’s final year. This is a major drawback as students are then far less likely to choose an area outside of Europe to study as they are less familiar with it. Why risk picking an unknown and unfamiliar subject area in finals year when your teachings have so far been focused on issues and events within Britain and Europe?

In addition, these topics are often viewed as ‘off the wall’ bonus courses that are supplementary to one’s so-called ‘core’ history knowledge. Rather than emphasising the benefits of allowing a student to gain an in-depth knowledge of a certain geographical area outside of Britain or Europe, the world history courses at Oxford are often viewed as subsidiary courses focusing on subaltern histories that a student may take if they’re feeling particularly adventurous. These courses do not fit Oxford’s emphasis on British and European historical narratives, which privileges the study of the so-called ‘greats’, and so they exist outside of the established historical canon. This is shameful, as Oxford has failed to create a more inclusive and comprehensive syllabus that emphasizes the importance of so-called ‘alternative’ histories.

To a great extent, this is to do with the type of History academics employed at Oxford. You only have to take a look at the History Faculty’s website to see that an overwhelmingly middle-aged, white and male demographic dominates its academic staff. This type of academic is disproportionately likely to focus on more traditional forms of British and European history. If an Oxford History professor’s expertise is the works of Maccaulay, then the academic is more likely to foster his or her students’ interest in this topic, rather than foster interest in subject areas that seem more ‘distant’. As a result, an in-depth engagement with these areas is not expected or particularly encouraged.

At Oxford, where so much of one’s contact with academics depends on one’s college, this issue of specialisms becomes more acute in less liberally-minded colleges. A student is far less likely to engage with world histories if their tutor is not interested or does not have the adequate expertise in that field. Though the History Faculty claims to be making efforts to diversify, it goes without saying that this problem of representation greatly affects the success of curriculum reform. In order to effectively implement change, historians from a wide variety of backgrounds and specialisms need to be appointed to a greater number of posts, which would allow space for the development of a wider variety of subject areas. The current unequal emphasis on British and European history makes it harder for students to engage comprehensively with other areas of history.

This is not a problem unique to Oxford. Yet as an undergraduate History student at University College London, the opportunity to study a more ‘global’ history syllabus was made more available to me. As a result, I studied topics ranging from the Second Sino-Japanese War to the history of sub-Saharan African civilisations. These opportunities opened my mind to other important historical narratives and alternative ways of thinking that go beyond that of mainstream British and European historical narratives.

Learning about histories outside of the dominant Eurocentric narrative was not a side-project for me. It was a necessity that enriched my understanding of the world and Britain’s position within it. This is an experience that should not just be made available but should be actively encouraged amongst all History undergraduates. Despite calls for change, reforms are slow and have not gone far enough in changing the History undergraduate curriculum in a lasting way. Oxford must do better.