“Why am I the one on trial?” – Review: Prima Facie 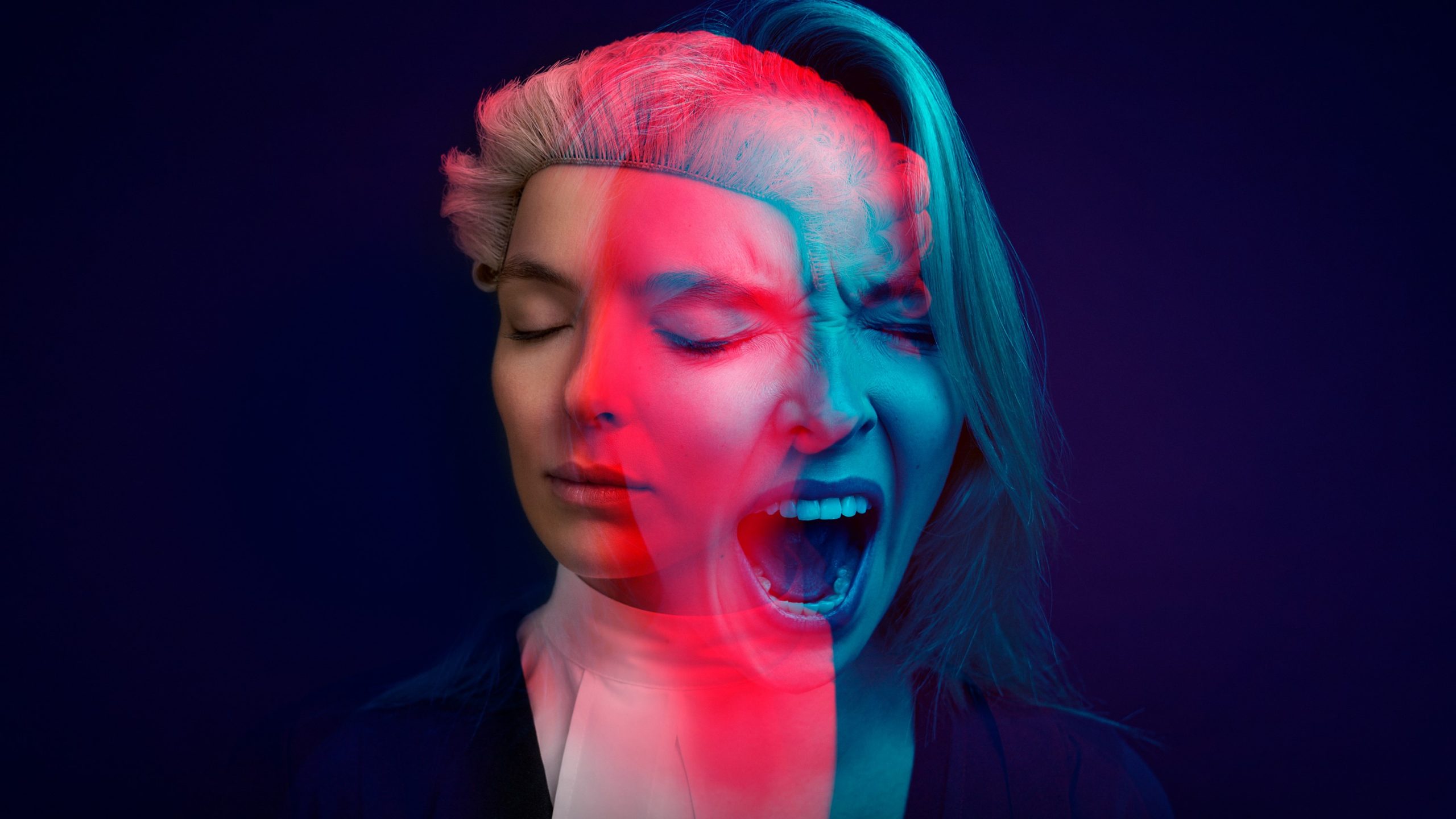 “It’s not emotional for me, it’s the game – the game of the law.” So asserts Tessa Ensler, criminal defence lawyer, at the beginning of Prima Facie, Suzie Miller’s eye-opening firecracker of a play which had its West End debut on 15th April at the Harold Pinter Theatre.

After a successful opening run in Australia in 2019, Prima Facie has been transferred to London this year, with Justin Martin as director. The one-woman play traces the trajectory of Tessa, played by BAFTA-winning actress Jodie Comer, as her entire world is overturned after an unexpected and traumatic incident shakes her faith in the justice system to which she has been staunchly devoted her entire career. Miller’s original script explores the flaws of the existing judicial system, particularly its cold-hearted methods of conducting trials, and its inability to see past the prescribed mechanics of the written law to the real individuals who resort to it in an effort to obtain justice.

At the play’s opening we are introduced to Tessa, a highly sought-after lawyer who has overcome both class and gender differences to reach the top of her field. She is successful, she is blasé, she is confident, perhaps arrogant. Comer dominates the stage, standing high up on an office table and firing out her lines with a fearsome energy which suggests Tessa’s ownership of the courtroom. On all three sides of Miriam Buether’s set, shelves filled with casefiles rising to the ceiling make it clear that Tessa is a prolific barrister, and indeed she herself tells us that she has not lost a case in months. Tessa swaggers as she relives her past victories in the courtroom, exulting in the thrill of the elaborate stage-play she has turned her job into and relishing in the feeling of seeing the prosecution fumble and falter under her infallible line of questioning. “Works every time,” she smirks.

In the background, a pulsating musical beat accompanies this rapid-fire monologue, its incessant thumping mirroring the cut-throat nature of the legal system. Tessa herself acknowledges that she has successfully defended people accused of sexual assault who may well have been guilty. Explaining this brutal professionalism as a requirement of her job, Tessa has an unwavering faith in the idea that the law is a vehicle for social justice.

However, the tables turn very quickly. Tessa’s perspective on sexual assault changes irrevocably when a colleague rapes her and she is forced to test the very system she is part of but which, she discovers, is far from perfect.

When Tessa returns to the courtroom after 782 days of awaiting a trial to take place, it is under entirely different circumstances: “same court, no armour”. It is poignant to note the contrast between this Tessa and the one we see at the beginning of the play. No longer does she have the self-assuredness she had 782 days ago, but is a mere shell of her former self, trembling and unable to face her old colleagues. She crumbles under the cross-examination she had once dished out with such prowess, becoming muddled in her own story under the purposely confusing and intimidating interrogation of the defence lawyer. The stage is dim except for a single spotlight on Tessa, emphasising the irony of the fact that she, though the victim, is the one being scrutinised and humiliated – surely the very opposite of justice.

Prima Facie is Jodie Comer’s West End debut, and she is utterly compelling in the role of Tessa. Comer has previously been described as a chameleon because of roles like Villanelle in Killing Eve, but her performance in Prima Facie, with all the shifts and switches it involves, is one to rival even Villanelle’s versatility. At moments throughout the play, Comer shifts into several other distinct characters to portray multiple parties involved in dialogues, including a courtroom judge, an irritating law student and an uncaring police officer. I am certain that I was not the only member of the audience who barely blinked during the play, so transfixed was I by Comer’s masterful execution of what is a physically and emotionally demanding script. Equally, she handles the humorous moments of the play with as much flair as the heavier ones, her comic timing as excellent as ever. On the whole, her command of the room was impressive; for the 100 minutes – with no interval – that the play lasted, Comer barely paused to take a breath, nor did she allow her audience to.

A particularly chilling moment is when Tessa, frightened and vulnerable after just being raped, suddenly switches into lawyer-mode, and instinctively begins to cross-examine herself the way she had cross-examined women in the courtroom. The musical beat starts up again, perverting what is an emotional moment into something to be objectively analysed under the cold lens of the law.

It is thus that Tessa learns, in the cruellest way possible, that a forensic, rational line of questioning and burden of proof cannot make sense of something like rape, because there is simply no way one can rationalise the horror of being violated. The woman who once vociferously defended the judicial system comes to the realisation that the concept of justice is merely an ideal, which in reality is often unattainable, especially for women. As Miller, herself a human rights and criminal defence lawyer of many years, comments in the Playwright’s Note to the script, “the legal system is shaped by the male experience”.

“Look to your left. Look to your right,” Tessa instructs the audience, pointing out that one in three women in the room have been sexually assaulted. This statistic resounds particularly loudly in our post-#MeToo world.

Coming out of the theatre, there was not a dry eye in sight. Miller’s script effectively sheds light on the fact that the law needs to evolve with society, adjusting to the modern understanding of consent and of the ways sexual assault can manifest itself – it is rarely as simple as black-and-white. “Why am I the one on trial?” Tessa asks. The question has yet to be answered.