CherwellIndependent since 1920.
Culture Theatre FLEABAG – Triumphant return to where it all began 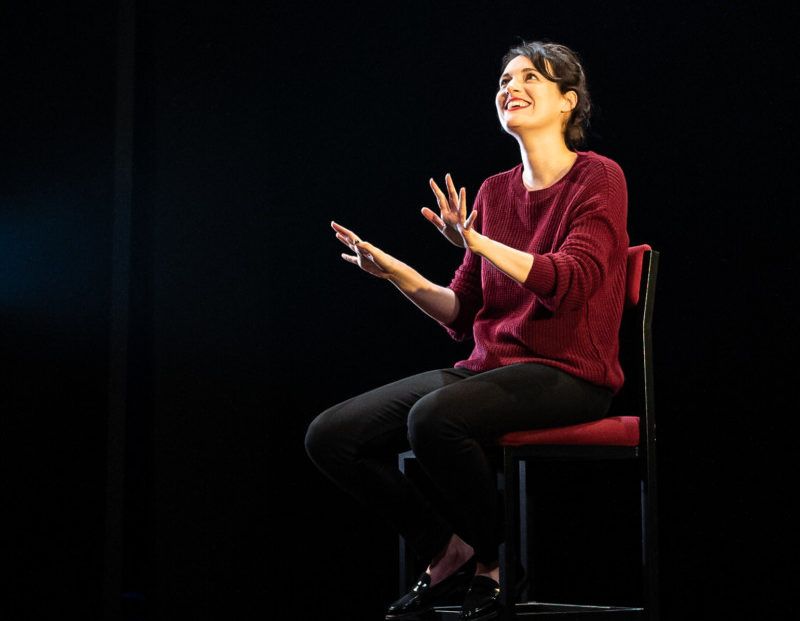 Phoebe Waller-Bridge was a joy to observe in her sold-out one-woman show, Fleabag, albeit via a National Theatre Live cinema screening from the West End. The audience (mainly women) was of a wide generational spectrum despite the often ripe language and filthy material, showing the wide appeal of Fleabag, at least among women. Entirely engrossed in the performance, and with much laughter, there was palpable disappointment at curtain-call. Quite an achievement for what was essentially a 90-minute monologue.

From stand-up to Fringe to Soho to the small screen, the history of Fleabag needn’t be rehearsed at length. Waller-Bridge, and Fleabag, are current-day icons. Combining techniques of meta-theatre with humour, she recalls Fleabag’s sister Claire saying, “don’t talk as though you’re always doing stand-up.” Is she addressing Fleabag or scolding Waller-Bridge?

Most will have come to the live-screening with the television series still fresh in the memory. Blunt, boisterous, hilarious, sad, sexy, on the edge – hers is a deeply personal character study and story told with perfect comic timing that the audience was very familiar with. We know that beneath her trademark chic bob, post-box red lipstick and sexy bravado there is a finely nuanced, self-obsessed, self-hating, woman on-the-edge; we know Fleabag’s use of sex to blunt emotional pain and trauma leaves her emotionally unfulfilled; we know the punchlines not only of betrayal of her best friend Boo but of individual stories she weaves. It was like meeting an old friend (if only!) for a catch up. The true pleasure is seeing Waller-Bridge at work.

The set was a tiny elevated square, the only prop the tall stool on which Fleabag largely sits. Being a sole performer, this heightens the sense of her loneliness and claustrophobia boxed in with worries about the past, present and the future. Her stasis is a reflection of her life at a metaphorical standstill. This contrasts with her wild stories of living life at a million miles an hour; she has more adventures in a couple of months than most people have in a lifetime. Waller-Bridge tells rather than shows. However, one scene where she stands up from the stool to re-enact taking sexually explicit photographs of herself is hilarious highlighting its tedium rather than eroticism.

Combining intensity, fragility, confidence and an uber-expressive face, her constant engagement and ownership of the stage was remarkable; the trademark conspiratorial side glances and raised eyebrow feature heavily. Fleabag’s intimate relationship with the audience – where everyone felt she was speaking directly to them – set the tone. On one singular occasion when an audience member failed to grasp the gravity of a pendulum swing from comedy to tragedy, her piercing side glance put them in their place. The close-up importance of facial expressions could be a rare time when attending a live-screening is preferable to being in the 700-seater theatre. The camera captures close-ups of split-second facial expressions that could be missed if you were sat up in the gods.

Comparison between the show and TV series was inevitable. Diehard Fleabag fans could no doubt recite verbatim some lines used both here and in the television series, such as her soliloquy on being a “greedy, perverted, selfish, apathetic, cynical, depraved, morally bankrupt woman who can’t even call herself a feminist”. Quick profile portraits are a speciality of Waller-Bridge, sowing the seeds for Oliva Coleman and Sian Clifford’s roles as respectively the stepmother and Fleabag’s sister, Claire. It is important to bear in mind that this show was the jumping off point for the TV series and stands as a complete artistic statement in its own right. The desire to compare the versions was short-lived, however, as the audience became fully absorbed in Waller-Bridge’s performance.

The unique ticks and quirks of each character are brought to life with an array of accents, postures and facial expressions. Fleabag’s interactions with a character ‘Tube Rodent’ was a highlight, Waller-Bridge’s face expressing the comedy and disgust of this hook-up. Martin, Fleabag’s alcoholic and sexually inappropriate brother-in-law, is succinctly portrayed in a single anecdote conjuring his over-whelming sleaziness, despite his physical absence.

Occasional pre-recorded conversations between Fleabag and characters worked less well than when she was in full flow alone; however, the scene when, being hot and flustered, she removed her jumper in an interview forgetting she didn’t have a on t-shirt underneath was still hilarious despite this issue.  The play has unfamiliar material of an equally high standard to that of the television series, including a particularly side-splitting anecdote involving Fleabag’s horrendously hung-over ex-boyfriend Harry’s tragic toilet trip in the middle of a business meeting.

This is undeniably a stellar performance of excellent material.

So, why was the audience largely female? It’s refreshing to hear unglamourised accounts of female sexuality from a woman’s perspective, even if Fleabag’s relationship with sex is complicated. Fleabag is unafraid to speak her mind and say/do things perhaps she shouldn’t. She makes mistakes but keeps going. Much of Fleabag’s self-worth is drawn from how she is perceived by men; she enjoys being watched by them.  At times she is ethically questionable, such as being disappointed when a stranger doesn’t attempt sex when she was off her head at a festival.

As anyone who has seen the series 2 finale of the TV show Fleabag will be aware, Waller-Bridge is unafraid of closure, bringing down the guillotine on one of the most promising comedic scenarios in recent memory.  The end of this play feels equally brutal. Fans of Hilary, steel yourself for a nasty surprise… 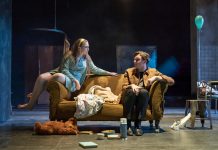 A Taste of Honey Today 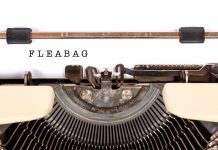 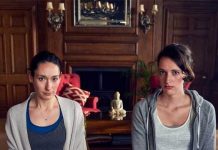 Female Comedians Finding the Funny in the Filth 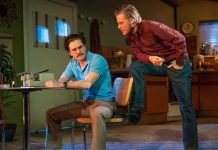 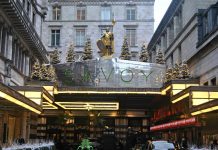