Matthew Clemmet discusses the difficulty of defining what a "sell-out" is. 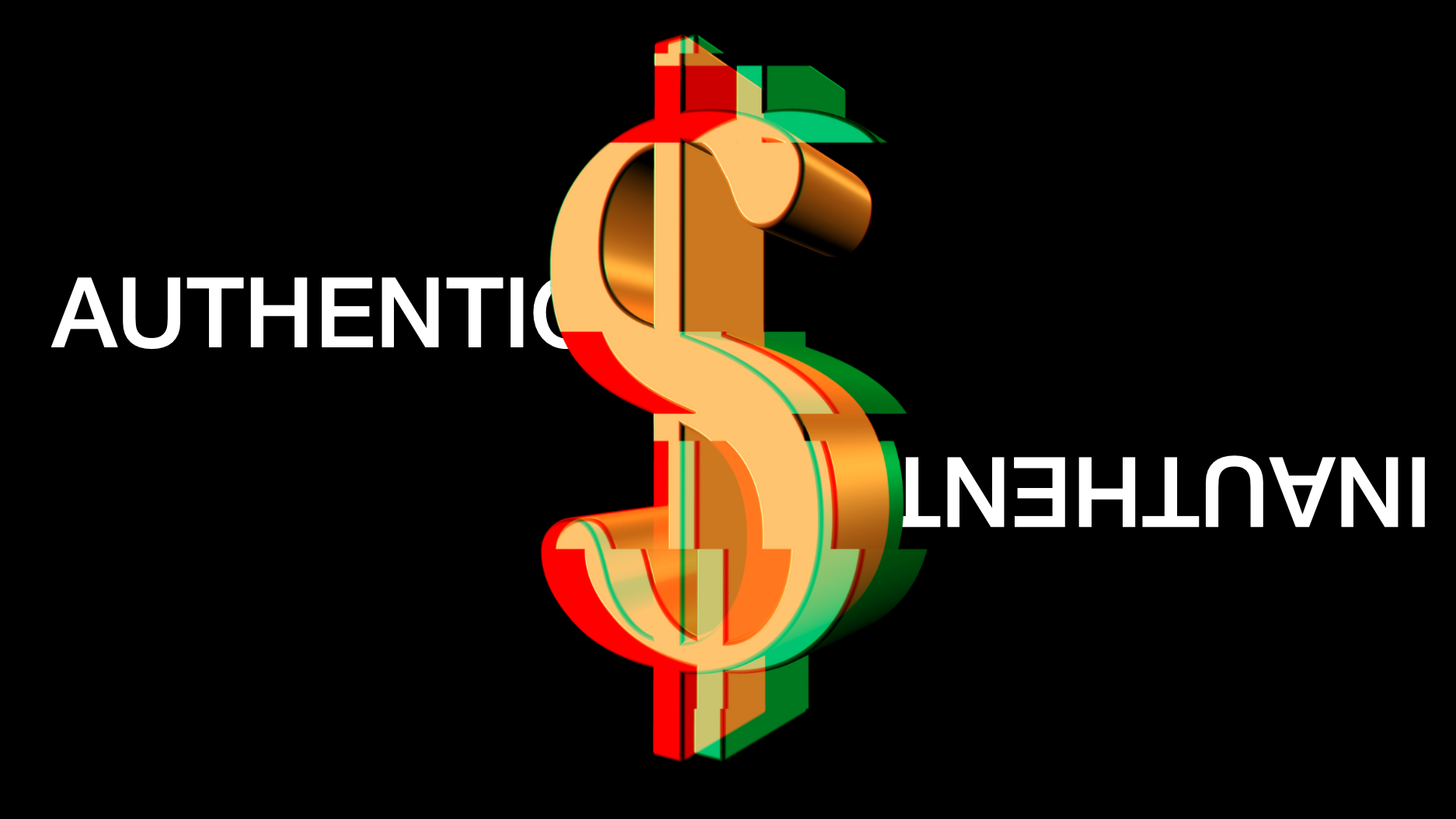 ‘I love selling out’ declared Charli XCX when speaking to NPR about Crash, released in March, a project which sees her lean into mainstream pop, ironically playing the part of an industry ‘sell-out’. She leans into the artifice and fun of mainstream pop, embracing its fantasy. However, many don’t view ‘selling-out’ in such a positive way; it’s often an accusation levelled at artists who change their style to something more mainstream and is often associated with inauthenticity, shallowness, and a lack of new ideas or integrity. But why is it such a bad thing to want to find commercial success, and are accusations of ‘selling-out’ ever justified?

At the simplest level, so-called ‘sell-outs’ are artists who lack artistic integrity, following popular trends and styles to cultivate mass appeal. The Black Eyed Peas arguably best fit this description, with the group abandoning the conscious hip hop found in their first two albums for mass marketable club bangers with EDM production, big hooks, and lyrics such as ‘You love my lady lumps/My hump, my hump, my hump’. But I’m not sure if they are a good example of an artist ‘selling out’. I’m not convinced that anyone feels let down by the Black Eyed Peas – they come across as unashamedly commercial, and no one really cared about their earlier work anyway.

To me, accusations of ‘selling out’ typically suggest some sense of betrayal; I think the simple desire to make more commercially successful music is not enough to be a true ‘sell out’. Take FKA Twigs for instance – her brilliant 2022 mixtape CAPRISONGS was marketed as more commercial and fun than her previous work, and this was welcomed by critics and audiences. I would argue that accusations of ‘selling out’ are triggered by other factors: a shift towards musical choices that are seen as less ‘authentic’ and a perceived ‘betrayal’ of an original audience, paired with a decrease in quality and originality.

So which musical choices are seen as less ‘authentic’? A common example that provokes ‘sell-out’ accusations is ditching your guitar in favour of synths. Taylor Swift took this route in 2014 when she left behind her country roots with 1989, a pop album filled with synths and catchy choruses. She achieved massive commercial success, but some complained that she had become ingenuine. Furthermore, this move is not always commercially driven – The Strokes have recently been incorporating more synths in an artistically interesting way. For example, The New Abnormal (2020) includes prominent use of synths, and was well received critically, but didn’t reach the commercial highs of their earlier, rockier records.

Furthermore, these ideas about what sounds more ‘authentic’ are very fluid and bound up in lots of assumptions. For example, why is danceable music often assumed to have less artistic value than music that supposedly ‘transcends’ the body? And why is live instrumentation more authentic than electronics? These assumptions about authenticity and value can also be co-opted by artists wanting to gain some artistic credibility. This may have influenced Lady Gaga’s decision to leave behind her synths and pounding basses and pick up her guitar for her supposedly more ‘serious’ album, Joanne (2016). Similar motivations might explain why Taylor Swift has a Southern accent on her earlier country albums which had disappeared by 1989; some accuse her of ‘faking’ her accent to gain credibility and appear more authentic to a country audience. It seems that accusations of ‘selling out’ based on simple changes of style are generally based on assumptions about authenticity rather than anything more concrete.

Alternatively, accusations of ‘selling out’ could come from a sense of betrayal from the original fan base of an artist. Often this fanbase is marginalised and feels abandoned in favour of the more lucrative mainstream audience. For example, David Bowie’s music from the early 1970s, in all its outrageous, camp theatricality, appealed to queer folks and others that felt like they didn’t fit in. Therefore, when he signed a big record deal with EMI in 1983, started making blander pop music with mass appeal, and spent the 1980s trying to convince the world he was ‘just a normal guy’, perhaps it was a sense of betrayal felt by his original fans that led to accusations of ‘selling out’. Maybe the same is true with The Weeknd; fans identified with the moody, hedonistic, alienated persona from his earlier mixtapes, and felt that his bright, danceable pop on records such as Starboy (2016), After Hours (2020), and Dawn FM (2022) undermine what he had stood for.

Much of this sense of betrayal likely comes from pop music’s power to forge collective identity through constructing ‘us’ and ‘them’; audiences are upset when an artist reveals that they’re not ‘one of us’ anymore. This issue has been heightened by the social media age when audiences expect so much from artists in terms of authenticity and accessibility, and often form personal bonds with their favourite artists. However, an artist shouldn’t be beholden to the expectations and tastes of their original audience, and their audience will inevitably grow to include people from new groups as they develop.

Some artists survive accusations of ‘selling out’ due to their newer music still appealing to their original fan base. Paramore’s After Laughter (2017) is a good example, which moved away from their previous pop punk style towards a style more influenced by new wave and indie rock. However, it mostly survived claims of ‘selling out’ because the band retained their lyrical style, and the music still appealed to their original audience. Some artists survive accusations of ‘selling out’ due to the undeniable quality of their work; Bob Dylan survived accusations of ‘selling out’ after ‘betraying’ his folk audience because he reached even higher artistic heights after he went electric. As with Bob Dylan, if your music maintains its quality, then your credibility can survive shifts in audience and style, even if the shifts are towards a more commercial style and a more mainstream audience.

All in all, it seems that if your music is good enough, no one’s really going to care about whether you’ve ‘sold out’ or not. Complaints of artists ‘selling out’ seem more an expression of personal taste than anything else. In any case, we can’t know what motivates artists in their creative process so these accusations will always be speculative. Music fans’ frustration with a perceived lack of originality and artistry in the mainstream musical landscape is misdirected; it should be aimed at corporations who decide which music can find massive commercial success, not artists who decide to change up their style. As mass media has become controlled by fewer and fewer corporations from the 1990s onwards, it has become increasingly difficult to break into the mainstream without corporate sponsorship. Corporations are inclined to be risk averse, and therefore more likely invest in musical styles that have proven appeal, making the mainstream landscape less varied and interesting.

But music has always relied on sponsorship, whether from corporations or royal courts, and this doesn’t undermine its value – all artists have to sell to somebody. Music shouldn’t have to transcend industry, the body, or anything else to have value, and that’s a good thing because it can’t. Many complex factors and motivations influence the creation of a piece of art, and this should be acknowledged in a nuanced way rather than being reduced to simplistic ideas of ‘selling out’. Furthermore, hand-wringing about artists ‘selling out’ could be robbing us of the chance to enjoy some amazing pop music from the likes of Charli XCX, The Weeknd, Bowie, and even the Black Eyed Peas. The question to ask when listening to your favourite artists’ popular new album isn’t ‘have they sold out?’, but simply ‘do I think this is any good?’.