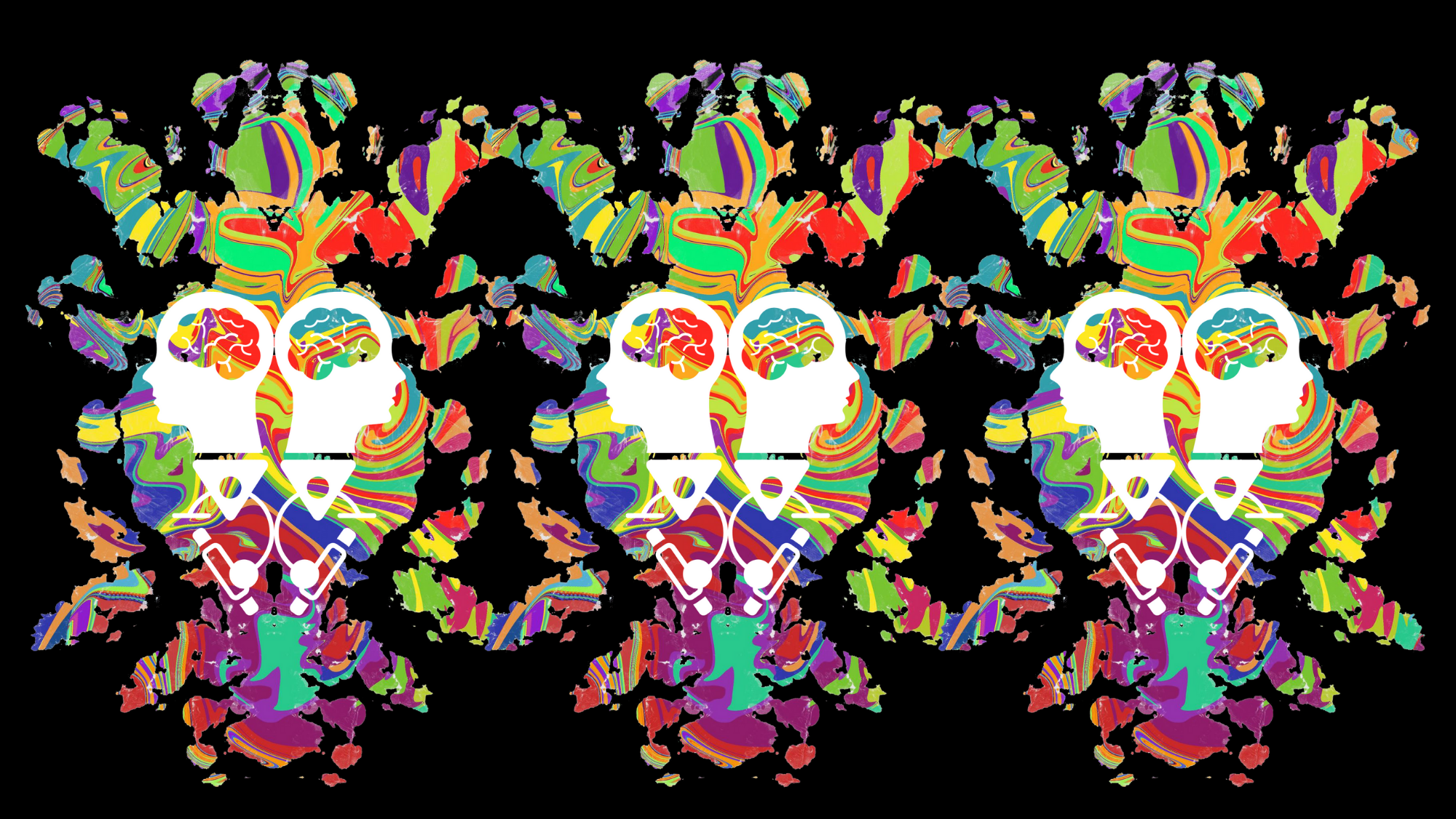 Likewise, it has been demonstrated that, while there is a lot more research needed , LSD-associated psychotherapy can provide significant and long-lasting benefits to patients suffering from anxiety associated with a life-threatening disease. Participants in this study experienced ‘insightful, cathartic and interpersonal experiences, accompanied by a reduction in anxiety (77.8%) and a rise in quality of life (66.7%)’.

The medical use of other psychedelic drugs has been increasingly researched, with DMT-assisted psychotherapy having been approved to be trialled as a treatment for depression in the UK as recently as 2020.

Ketamine, although not a psychedelic, has also enjoyed considerable amounts of research in the past years due to its antidepressant properties.

Among the above-mentioned drugs, ketamine has a unique legal status, as it is officially licensed as an anaesthetic/analgesic, which makes researching and using it for medical purposes comparatively easier. It is currently available on the NHS for the treatment of severe depression that has not responded to 2-3 other treatments. It’s pricey, though, with the initial assessment and standard treatment of three infusions costing a patient in Oxford £365, followed by £195 per subsequent infusion. One could possibly expect similarly high prices once psychedelic-assisted psychotherapy becomes available. However, while these prices might seem high, some scientists argue that the use of psychedelics can drastically cut medical costs by generating a shift in psychiatry from the current palliative approach towards a curative one. Dr Ben Sessa makes the bold claim that ‘with psychedelics, we can take a person in their 20s or 30s with a history of severe childhood abuse and a severe mental disorder like PTSD, and we can completely cure them and send them on their way’. A recent study speculated that ‘for 1,000 individuals, MAP [MDMA-assisted psychotherapy] generates discounted net savings of $103.2 million over 30 years […], compared to continued standard of care’.

That being said, there are other, less enthusiastic voices than Dr Sessa’s, especially when it comes to ketamine-assisted treatments. In early 2020 The National Institute for Health and Care Excellence (NICE) decided that, despite the need for new ways of treating drug-resistant depression in adults, there is not enough evidence of the long-term effects of treatments with nasal esketamine spray (a form of ketamine) to justify its use by the NHS due to the high costs per course of therapy (of £10,000). Moreover, both ketamine and esketamine have ‘potential neurocognitive and urologic toxicity’ and require close clinical monitoring prior to, during and after treatment.

HISTORY OF RESEARCH AND LEGISLATION

So if psychedelics and ketamine-assisted psychotherapy treatments have the potential to be both more medically effective and (depending on whom you ask) more financially desirable than what we currently have, why have they largely been neglected by psychiatrists over the past few decades? Psychedelics are neither addictive nor medically unsafe. Surprisingly, the scientific community has been aware of psychedelics’ potential as mental health drugs ever since the first decades of their discovery; during the 1950s and early 1960s, their therapeutic potential in treating alcoholism was advanced by a number of respected scientists. That being said, there are very few studies into the subject between the early 1970s and the twent-first century.

The answer to the question seems to lie neither in the medical nor the academic fields, but in politics and social stigma. Psychedelics first gained their negative reputation following the Harvard Psilocybin Project scandal, which received national press coverage in America. The press focused on the leading researcher, Timothy Leary, whose studies had poorly controlled conditions and non-random selections of subjects, and who promoted the recreational use of the drugs among his students and purportedly pressured some of them into taking psychedelics. At the same time, the association between psychedelics (especially LSD) and the counterculture of the 1960s further encouraged legislators and the public to view those drugs with distrust. While modern laws prohibiting the use of certain drugs have been around since the late nineteenth century, the current obsession with the prohibition of recreational drugs, particularly those prevalent in marginalised communities, has its roots in President Nixon’s ‘War on Drugs’, which he began in the early 1970s. The questionable reasons for Nixon’s actions are well-known nowadays; years later, his rationale was best expressed by John Ehrlichman, his own Assistant for Domestic Affairs:

The Nixon campaign in 1968, and the Nixon White House after that, had two enemies: the antiwar left and black people. You understand what I’m saying? We knew we couldn’t make it illegal to be either against the war or black, but by getting the public to associate the hippies with marijuana and blacks with heroin, and then criminalizing both heavily, we could disrupt those communities. We could arrest their leaders, raid their homes, break up their meetings, and vilify them night after night on the evening news. Did we know we were lying about the drugs? Of course we did.

In addition to the effects it has had in perpetuating racial inequality in the US justice system, the ‘War on Drugs’ continues to cost the US government an incredible amount of money and resources (over $7.8 billion a year). There have been clear social and economic disadvantages to the heavy criminalisation of recreational drugs, especially when compared with the efforts made to decriminalise drugs in Portugal. This is not to mention the fact that it shifts the focus of political discourse and diverts public attention from more effective social policies. Most importantly is that the War on Drugs, which is not only limited to the US, has been impeding psychopharmaceutical research into psychedelics and ketamine for decades, in spite of having little logical basis for existing in the first place. Professor David Nutt expresses this best in an interview with Metro, where he argued that the illegality of synthetic psychedelics ‘has caused about a million excess deaths a year, due to the failures of being able to access medication’, with the War on Drugs having set back research into the medical use of psychedelics by at least 50 years.

When it comes to researching psychedelic and ketamine-assisted psychotherapy, there are a number of impediments that will be encountered. Louise Morgan discusses the presentation of MDMA-assisted psychotherapy in peer-reviewed studies and publications such as The Independent and The Guardian. She argues that misreporting on recent research by the media could ‘potentially lead people to believe that MDMA will “cure” them of psychological trauma‘. She wants to make it clear that, in all studies on the benefits of using MDMA on treating mental health disorders, ‘it is the psychotherapy that is the treatment and that the MDMA facilitates the psychotherapy’. The misleading reporting she mentions risks tarnishing the reputation of this all-important field of research and creating unrealistic expectations.. As Morgan puts it, ‘MDMA may provide a bridge to effectively overcome the gap between psychotherapy and psychopharmacology’. By misreporting, the media risks generating a stigma in a field that is already heavily censored. The illegal status of the drugs being studied is making the research exceedingly difficult for academics everywhere. If someone wants to undergo research into MDMA-assisted psychotherapy in the UK, they must go through a complicated and costly process. Because the substance is a Schedule I drug in the United Nations Convention on Psychotropic Substances of 1971, researchers, along with all production sites and distributors, must obtain a Home Office licence, which Morgan observes is a very lengthy and pricey affair involving repeated police inspections and criminal record checks.

Whether one takes the enthusiastic approach of Dr Sessa or Morgan’s more cautious one, it is clear that the use of psychedelics and ketamine in psychotherapy is a promising field of research and holds a lot of hope for the world of psychiatric treatment. One conclusion that should most definitely not be taken away from this article is that those struggling with mental health issues should take matters into their own hands and attempt to self-medicate. Apart from the fact that one can never be sure of the purity (and thus safety) of what is on the street, the substances in all of the studies mentioned above were taken under close clinical supervision, in controlled microdoses and in conjunction with psychotherapy. This field of research is still in its infancy, and there may be some time before such therapies become widely available and affordable, but it just might be worth the wait, given the promising results obtained thus far. Only time can tell.

The life-sucking vampire: exams and the logic of capitalism