For the past five years, residents of Barford have protested a county council minerals plan that would lead to a large sand and gravel quarry to be built on the edge of their village. The land it would be constructed on is part of the assets of St John’s College.

Protestors argue that the quarry would contradict claims that St John’s “takes every opportunity to reduce its environmental impact”, as published on their website.

Matt Western, MP for Warwick and Leamington, has stated that his belief that “the proposed quarry has wide-reaching negative implications for public health and environmental protections.” He has further said that this specific quarry “is the only site in the minerals plan in such close proximity to a residential area, and it simply isn’t needed” claiming that the site was proposed on predictions of overinflated figures for housing demand. He has supported the Barford campaign for an extended period, securing a debate in parliament and presenting a petition urging the government to intervene and halt the proposals.

Those protesting argue that the construction of this quarry could expose 1,500 villagers and 200 primary and nursery school children to toxic particulate dust, causing permanent damage to their lungs. The building of the quarry would also destroy the high-quality agricultural land.

Charlotte Morgan, Oxford University alumna and committee member of Barford Residents Association, said: “The college says it does all it can for the environment, but this is a huge site, with top grade of agricultural land, growing four different crops of vegetables a year. If the quarry goes ahead it will never be restored.”

St John’s College released a statement concerning their involvement: “As a registered charity and landowner, we have an obligation and responsibility to both the local community and county to respond to a request for sites, via our appointed agents, to be considered to provide sand and gravel for the district councils to build homes for those people needing homes in the future.”

A committee member, Malcolm Eykyn said: “We have worked tirelessly for the last five years raising awareness about the proposed quarry threat as well as raising substantial funds to help fight our cause.” The villagers raised £15,000 in vital funds in less than two weeks during March, in order to provide professional advice to prepare the best case to take to the inspector in a meeting held last Tuesday.

Last Tuesday, in one of the final rounds of the decision being made, government inspector, Stephen Normington, heard both sides of the argument, attempting to resolve the ongoing dispute. While a final decision remains to be made, he has stated that “without prejudice to my eventual conclusion on the soundness of the Plan, the concerns raised by participants do appear to have some degree of basis”. 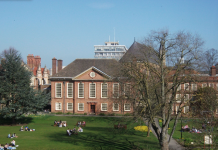 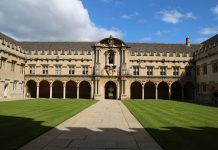 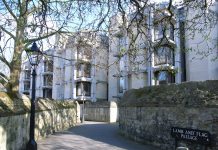 Oxford Forgets Its Duty of Care 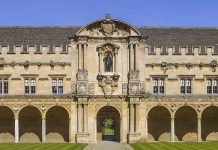 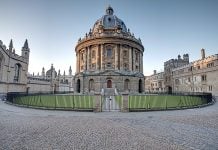