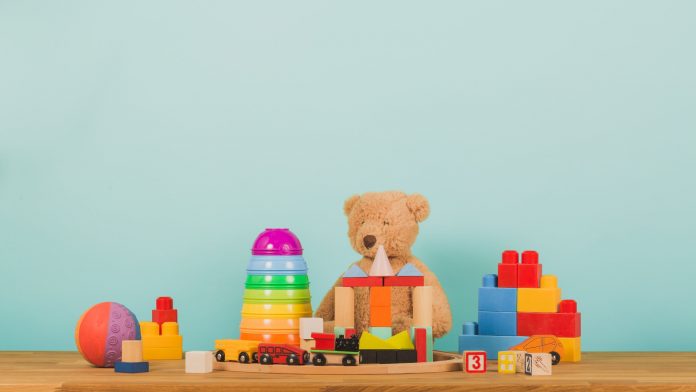 “Don’t you dare cry. Don’t let them see a chink in your armour,” I told myself. Commands, negotiations and bribes had failed miserably, simply falling on deaf ears. Under the glaring midday sun, my nerves in tatters, I decided to bring out the big guns. I could already feel a smug smile tugging at the corners of my mouth. I prepared myself for the inevitable moment of victory.

“If you don’t get out of the pool in 10 seconds, I’ll tell Mama that you can’t have any gelato today.”

My opponent, already two steps ahead, surfaced and told me equally smugly that she’d already had a cornetto for breakfast. And with that bombshell, she dove straight back into the pool.

As every ab initio language student knows, 90% of first year is spend nodding along without a clue what’s going on. Fed up with sitting through Italian listening classes and not understanding what the woman in the video was on about, I made the somewhat rash decision to spend my summer in Italy. Being far too stubborn to take the easy option and spend time strolling around Florence eating overpriced pizza, I took the plunge and signed up to be an au pair. I uploaded my profile onto the AuPair World agency and asked myself what could possibly go wrong, reasoning that Italians were basically British people with better food and less social awkwardness.

As the well-known phrase goes, the road to a perfect host family never runs smooth. With every ‘like’ my profile received, the brief endorphin rush was cut short by the realisation that the family in question just seemed weird. There was the woman who confessed to loving her six rottweilers more than her two daughters and asked that I’d ‘care for the dogs like my own’; then there was the creepy dad who said my main role would be ‘taking care of all our needs’ (euphemism, anyone??). Call me fussy, but I wanted to spend time brushing up on my Italian rather than grooming overexcited canines.

Finally, though, I found myself signing a contract with a family from Emilia-Romagna, who thought I’d be suitable to look after their precious offspring. As soon as I stepped off the plane, blinking confusedly, the famous Italian hospitality craftily lulled me into a false sense of security. From the youngest cousins to the nonni at the head of the family, I was treated as some new and interesting specimen who could bring strange tales from foreign lands. The youngest asked me if it was true that we ate frogs’ legs in England; the cousins interrogated me relentlessly on British drinking and drug habits. (fyi, the rest of Europe thinks we’re alcoholics.).

The fact that I’d signed up to be a glorified babysitter for a 7- and a 10-year-old only really hit me when I found myself faced with the challenge of doing our daily hour of English speaking. Each attempt at fun, educational games, where I’d try to make them pick up English words and phrases, was like gesticulating desperately at a brick wall. I sought the girls’ validation much like one seeks the approval of a tutor who seems thoroughly uninterested by this week’s cobbled-together, incoherent excuse of an essay. It didn’t help that they were far tougher than even the strictest tutors. Rather than listening to my fascinating explanations of the present perfect continuous tense, the girls chose to drown me out with unusually chirpy Italians who voiced over never-ending episodes of iCarly.

Still suspicious of this strange pale girl who was trying to corrupt their brains with frankly useless information, it was only the girls’ realisation that I was the owner of a shiny smartphone which finally won them over. This opened up a whole new realm of possibilities: daily (or even hourly) games of Candy Crush, endless photo filters and YouTube videos were all at touch of a button. On one fateful afternoon, however, when I was mopping up their attempt at making slime, I was brought running by their screams. They’d stumbled across a stream of questionable bop photos, many where I seemed to be clutching a drink for dear life. From then on, they looked at me with a new aura of respect, as if this random girl brought in to look after them had finally turned into an actual adult who did actual adult things and was therefore qualified to tell them what to do. This didn’t stop them telling each family member with glee that “Aliche ama l’alcool”.

The closest I got to the sweet, sweet relief of an alcoholic beverage was the compulsory evening ‘passeggiata’, where we’d don our glad rags to go and spend a few hours doing what the Italians do best: socialising. We’d parade around local towns, the girls acting like angels and the parents showing me off as the ultimate middle class status symbol. Each time, we’d make it a couple of metres before we bumped into another colleague’s son’s girlfriend’s sister, to whom I’d be labelled as a figure of ‘cultural exchange’ and ‘cross-country friendship’. The girls, with noticeable glints in their eyes, would suddenly idolise me, clinging on to me as if I was their sole reason for existence. This was a far cry from the journey there, which would be spent crammed into the back of a small car between two screaming girls, tearing around Italian country roads, to the soundtrack of Mahmood’s Soldi on repeat (if you know, you know). As time went on, I grew to love this tradition of doing a PG carpool karaoke; there’s something infinitely wholesome about singing along at the top of your voice when you’re not caged in by those sweaty velvet walls.

In Oxford, we’re often so busy running from one thing to the next to reflect on why we’re doing it. Being thrust into such a different, slower pace of life was a much-needed opportunity to re-evaluate my priorities. Equally, I was thrown into situations (notably the swimming pool incident) that tested abilities which, ironically, my languages degree never touched upon: the very essence of communication. Indeed, by the end of my stay, my sorry excuse for Italian had been transformed so much that I actually understood the girls’ whisperings. In a shocking turn of events, they admitted to one another that they’d miss me because (and I quote) “she’s funnier than Mama when she’s cross”. Of course, they’d never have given me the satisfaction of telling me that to my face. Perhaps most important, however, was the daily reminder of why we use contraception. Until you’re ready to deal with a child who’s defecated on a slide in 35 degree heat, do you what need to do. And until then, enjoy every ounce of freedom you’ve got.