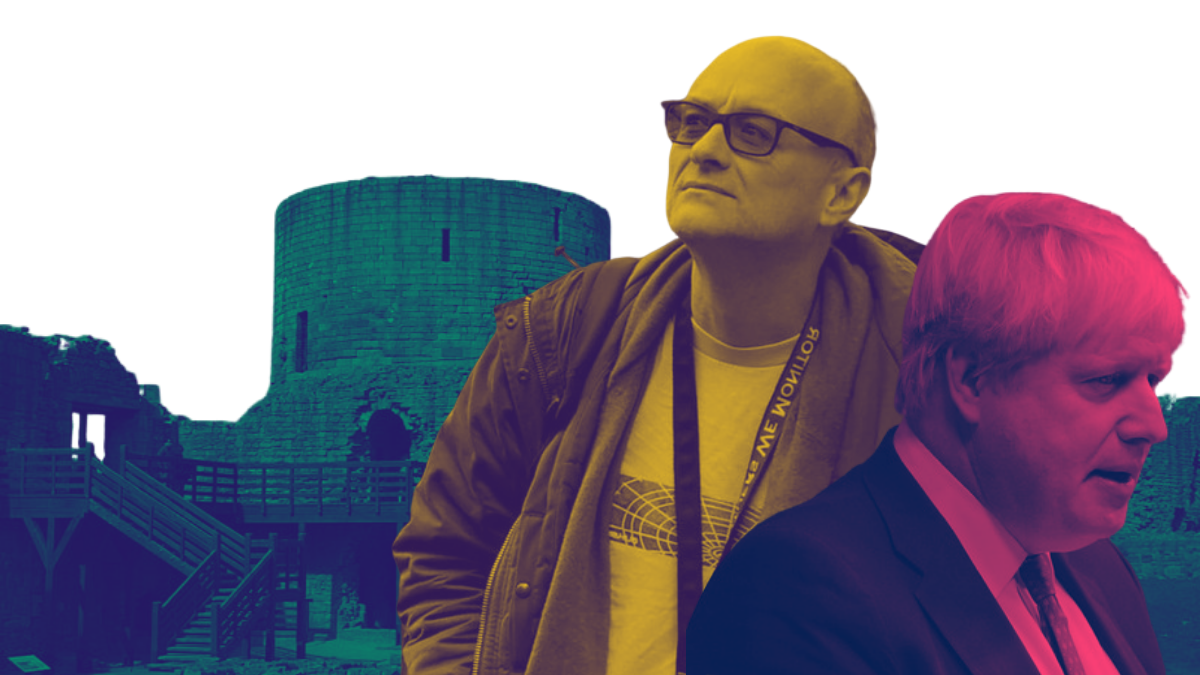 Seeing the Daily Mail and The Guardian seemingly in agreement on a political scandal can only be described as a strange phenomenon. Yet this is exactly what Dominic Cummings’ actions – and the government’s response – appear to have achieved.

In case you somehow missed the news around Boris Johnson’s senior adviser and the subsequent fiasco (read: I envy you), the internet is full of detailed accounts. To briefly summarise, stories broke on Friday evening that Cummings had – at the end of March – driven over 250 miles from his home in London to his parents’ property in County Durham. Later that weekend reports arose that on the 12th April, his wife’s birthday, Cummings was spotted at Barnard Castle, some 30 miles from where he was staying.

As the reports came in, I couldn’t help but feel annoyed. Quickly, though, members of Johnson’s cabinet leapt to Twitter to defend the senior adviser’s actions. All echoed Number 10’s comments that Cummings had made the trip out of fear that, should both he and his then-ill wife become incapacitated by COVID-19, there would be no one to care for their child.

Whilst I’m sympathetic to a father wanting to care for his child, this raised more questions than it answered. Was there really no reasonable childcare in London? Why drive across the country when you suspect both you and your wife may have the virus, when government policy was to immediately self-isolate? Crucially, it made me think: did Cummings believe these guidelines didn’t apply to him?

Lockdown has been hard for us all. Missing the communal components of Ramadan, forgoing all the incredibly fun experiences older years said Trinity term had waiting for us, and the subduing of Eid celebrations was all tough. But, for the most part, these sacrifices were relatively easy. They were luxuries that I knew many were missing, ones I’d hopefully go back to experiencing next year.

The hardships that we didn’t expect were the real adversities. The families missing funerals, the patients dying alone in hospital, the fathers who missed births; all these people sacrificed some of the most important moments of their lives for the wider benefit of this country. For all these sacrifices, there is no ‘next year’.

One of my closest friends went through enormous hardship when he lost a parent around the same time Cummings made his trip up north. The one thing I yearned for more than anything was the option to visit him, to be there for support. But I couldn’t, the lockdown made it clear that was off the table. I cannot begin to imagine how difficult it must have been for him or the thousands of families across the country who faced similar circumstances.

What I could imagine, however, is their outrage.

Why did they have to sacrifice so much for these restrictions? Cummings’ hypocrisy, given he helped draft these rules, is not just offensive to the principles and standards we always hope to hold those in power to. In these extraordinary times, this hypocrisy is a middle-finger to the millions of Britons who kept to the regulations, despite moments of hardship, under the notion that ‘we are all in this together’. Yet, it appears, we are not. Behind the smokescreen of unity lies a dichotomy; one set of rules for them, another for us.

In a press conference on Sunday, Cummings gave his answers to many of our questions. Remember the trip where he – on his wife’s birthday – drove 30 miles, wife and child in tow, to a picturesque castle and riverside? He claimed this drive was exclusively to test his eyesight and roadworthiness before driving back to London. I could discuss how this strikes me as questionable at best, but that would miss the bigger picture.

The bigger picture pivots around the global crisis we find ourselves in. Lockdown measures have been difficult to police efficiently, and Britons have been trusted to abide by them. This trust works both ways; there’s a reason why so many cabinet ministers stood before the podium chanting the same mantra of ‘we are all in this together’. Trust in our executive is paramount.

This trust was built, in a ‘rally-round-the-flag’ type fashion, when Boris Johnson delivered clear instruction to all of us in late March. This image of a decisive, steadfast leader was one the PM had been trying to build for years.

Thus, the perception of Cummings’ trip matters, not its legality, and the majority of Britons did not see it as responsible. Musician Tim Burgess tweeted a poll asking if people agreed with Johnson saying that ‘most people would accept and agree’ with Cummings’ actions. The result? 92% ‘No’, with over 360,000 votes cast.

This blow to public perception came as the ‘rally-round-the-flag’ effect had already been fading, as perception of the government’s handling of the crisis waned, and that trust slowly faltered.

By May, the UK was revealed to be the second-worst hit country for COVID-19 deaths, topped only by a nation of five times the population and led by a man who implied his citizens could ingest bleach to kill the virus. Johnson’s new ‘Stay Alert’ slogan had been shunned by the other home nations, leading some to title him as the ‘Prime Minister of England’ and not a supposedly United Kingdom. The PM’s approval ratings were already dwindling before he announced Cummings was to stay.

The net effect of keeping Cummings is a dangerous one. If the British see their government as treating them with contempt, the public will start giving lockdown similar treatment. Stephen Reicher of the government’s advisory group on behavioural science (SPI-B) commented that, by backing Cummings, Johnson had ‘trashed all advice… on how to build trust and secure adherence to’ the lockdown.

It’s not hard to see why the PM is frightened to let go of his senior adviser, even if he should. Dominic Cummings is arguably responsible for paving Boris Johnson’s path to premiership, with 2016’s Vote Leave campaign bringing Johnson back to front-line politics, and his help ever since leaving the PM indebted.

I disagree with Cummings’ actions, but it’s hard to refute the man’s competence. As the same cannot be said for the Cabinet, the Prime Minister is unlikely to let go of him without a fight. Make no mistake, if Johnson wishes to salvage a vestige of trust with the British public then Cummings must go. Yet with Johnson held firmly by the balls, Cummings may well be untouchable.

What future awaits the Conservative Party?