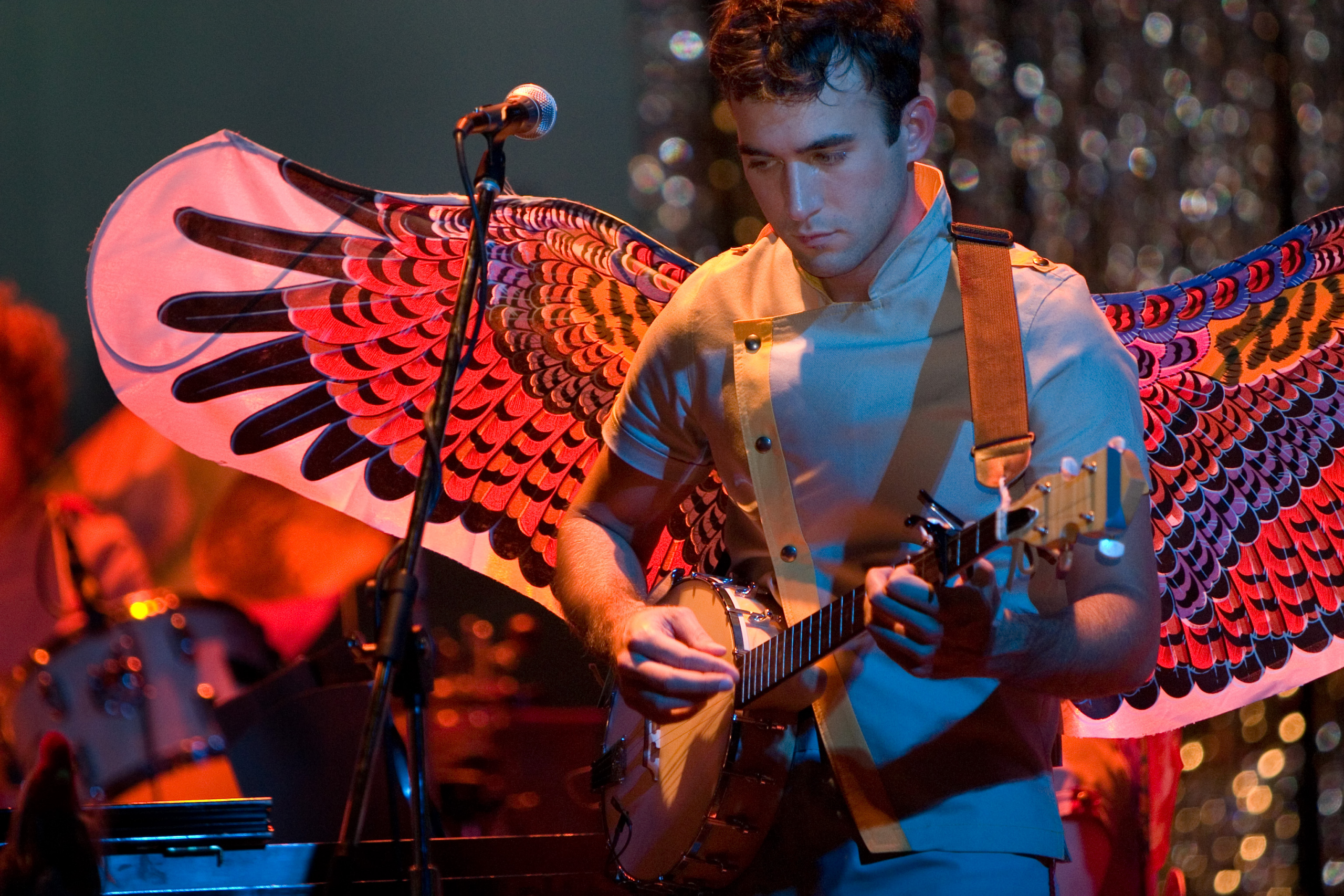 Sufjan Stevens is most widely known for his acoustic folk—or, as he terms it, “the strummy-strum acoustic guitar song”. Such stuff constitutes the bedrock of his early work, being a source for later accolades, such as his Oscar nomination for the soundtrack for the 2017 film Call Me By Your Name. He is, admittedly, a master of the form. With elfin features belying his 44 years of age, Stevens established a name for himself within independent music with early albums such as Michigan and Seven Swans, both quiet, introspective works laced through with the tinny delicacy of banjos and his high, fragile vocals.

But to write Stevens off as yet another ‘Pitchfolk’ softboy is, to my mind, a disservice. Stevens has been wildly experimental throughout his career, expanding to a cosmic scope in synth-laden The Age of Adz. His second-latest outing, Carrie & Lowell, collapses back down to the intensely personal, with Stevens stripping back to his folk-influenced roots to mourn the passing of his mother. Throughout the trajectory of his oeuvre, Stevens’ delivery has remained a constant: in ‘Carrie & Lowell’, his voice is barely a whisper above the cold twinkling of a guitar, with ambient synth intermissions granting breathing space to the palpable anguish of the vocals. His latest album, Aporia—made in collaboration with his stepfather Lowell Brams—seems to be an explosion of these aspects to a grander scale.

A Google search defines ‘aporia’ as ‘an irresolvable internal contradiction or logical disjunction in a text, argument, or theory.’ To me, this epitomises Sufjan Stevens as an artist. Stevens’ signature vocals are an unending source of ambivalence, seeming to fluctuate between euphoria and despair, breakdown and revelation. His early love songs waver in meaning, between being chronicles of Christian faith and of gay desire. His music is both acoustic and electronic, his lyrics both personal and metaphysical. His work’s dominant mode is tragedy, and yet he retains a taste for the camp and kitsch.

Aporia is largely instrumental. Working without an emphasis on his distinctive vocals or his signature acoustic guitar, Stevens still manages to retain all of the emotional articulacy that makes his work so compelling. The album is ambient and spacious, using synths to create vast swathes of uninhabited sonic terrain, as in the opening track ‘Ousia’. The track retains the feel of cosmic serenity that such sections create in Carrie & Lowell, inducing a trancelike sense of calm, laced with sitar-like twangs drawing from the Indian classical tradition. Stevens, however, is uninterested in restraining himself to chilled-out synths. The album bounces with virtuosic dexterity between tone and genre. The 30-second interlude ‘Palinodes’ sounds like a child’s recorder practice rendered in synth, giving way to the hysteria of sirens in ‘Backhanded Cloud’. ‘For Raymond Scott’ (named for the composer and electronic music pioneer) sounds like a malfunctioning 8-bit video game. Fuzzy shoegaze influences are discernible throughout.

Stevens’ vocals are present for a moment in Aporia, wrapped in the deeply layered synthesisers of ‘The Runaround’, the album’s seventeenth track. When his voice finally does appear, it is heavily modulated, lending it a gravity rarely found in his frail, boyish delivery. The lyrics seem to hint at the frustrated possibility of transcendence: ‘What are you waiting for? An open door?’

Aporia maintains a constructive tension—or, perhaps, a harmony—between the human and the cosmic. The ambient synth tracks approach mystic proportions only to lapse back into kitschy discordance or unbearable tension. A balance is maintained between transcendence and farce. With this album, Stevens has revealed himself once again to be an expert chronicler of the human condition, switching effortlessly between close-up, often painful, introspection, and visions of a higher order of being.

“Unafraid to poke fun at the elite” – Review: The Corn is Green