Jack Womack celebrates Brexit Day in his own inimitable style 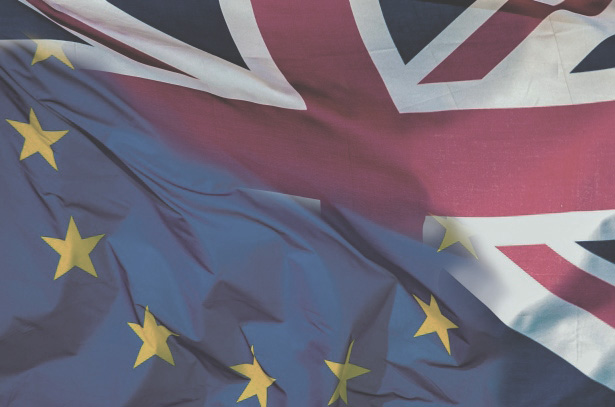 How many times do we have to elect politicians who look like Roald Dahl villains before a pang of embarrassment finally twinges? Nigel Farage and Anne Widdecombe waving their tiny flags in the EU chamber this week had definite shades of ‘Mr and Mrs Twit’ – if Twits were into hardcore xenophobia rather than simply pranking each other.

Having said that, the Twits also enjoy living in a brick house with no windows to the outside world, so perhaps the parallels between Mr + Mrs T and the Brexit project are stronger than you might think. Nigel certainly looks like he’s had a few ugly thoughts which have taken their toll on his visage, but I’m not sure how the process works if you’re also saying those thoughts out loud on national television with Piers Morgan. I’d consult the source, but I don’t really remember reading that chapter in the book.

I wonder if Widdecombe might cheer us all up a bit by reconnecting with the eloquence she showcased in her poetry, written in honour of her dead cats a few years back. Why are they always failed artists? As she specialises in elegies, maybe something for the death of liberal Britain instead. Can I get that in rhyming iambic pentameter Anne? Yes? Thanks, hun.

With an atypically campy turn of phrase, Farage had a message for the haterz: “Some would say that I was overly theatrical, some would say I hammed it up a bit… those cynical critics would be entirely right, because that’s exactly what I did.” Are you ready for your close-up Nigel? Best get it while the cameras are warm – Nigel Paul Farage, MEP, is no more. Why then do I have this feeling we haven’t seen the last of him. Like any franchise which outstays its welcomes, another iteration is inevitable.

And what of the big day itself? Any foreplay which lasts four years, surely merits the mother of all climaxes. I suggest everyone readies themselves with umbrellas and braces for impact. If you happen to be standing near a Tory backbencher when the clock strikes 11.00pm tonight, the inevitable combustion may well be lethal on impact. I for one am not hugely keen on receiving a Big Ben Bong’s worth of pent-up liquid patriotism right in the eye.

A group with the charmingly oxymoronic name ‘Conservative Progress’ is offering true believers the chance to buy a ‘Brexit Celebration Pack’ for a bargain price of just £22.15. Included in such pack, they promise, will be bunting, flags and posters. Do these posters come with frames made of Nazi gold? For 22 quid, anything less would be grossly misleading – which, as we know, every Brexiteer deplores.

If the ‘Celebration Pack’ isn’t quite ringing your bells, rest assured there are other options. Pressure group ‘Leave Means Leave’ have got the go ahead for a party in London’s Parliament Square, a party surely destined to be remembered in the same breath as other classic examples of the genre: Bianca Jagger’s birthday in Studio 54, Woodstock, P. Diddy’s White Party.

I can think of many other places I’d rather be on Friday night – a coronavirus quarantine for instance – but just maybe it’ll prove to be the cathartic release that the nation so obviously needs. Perhaps after the celebrations have died down, and Farage has drunk his pint for the cameras, goodwill shall return to the capital. Leavers and Remainers will link arms in the streets, embrace each other and say ‘What were we thinking? We’re not so different you and I. These flags are just coloured bits of cloth really – let’s recognise the pain in each other and listen to what we’re really trying to say.’

Or not. If you read that paragraph with a straight face: WAKE UP, YOU HOPELESS CHILD. Look outside your window. When the cold grey morning of February 1st breaks, we’ll still be the same frightened, anxiety-ridden husk of a country we’ve been since 2016. Happy Brexit Day everyone.