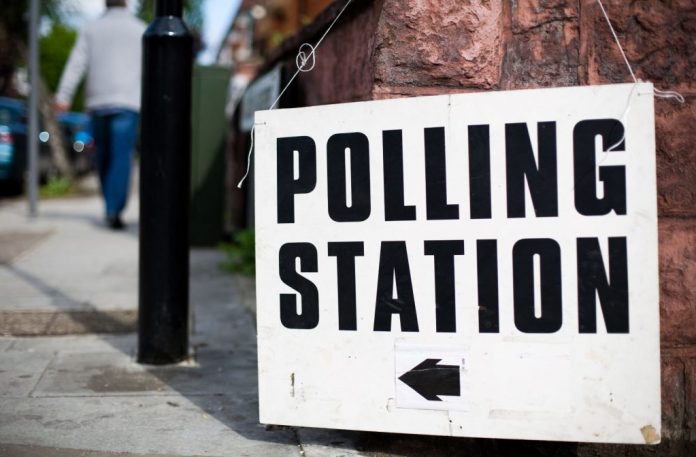 Getting Brexit done is now the irrefutable, irresistible, unarguable decision of the British people. These are the triumphant words of our Prime Minister, Boris Johnson, hours after his resounding win in December’s general election. Yet even a cursory glance at the popular vote casts doubt on this supposedly unequivocal mandate. Compared with their disappointing 2017 performance, the Conservatives only rose 1.2% to 43.6% of the overall number of votes cast. Yet faced with a divided opposition, they gained 48 seats and a remarkable parliamentary majority that leaves them free to implement to govern as they see fit for the next five years. Many of their opponents will feel hard done by, and with good reason. The question is, why is this system so broken? And can we – should we – rectify it?

British general elections are based on a system known as First Past the Post (FPTP). This means each of the United Kingdom’s 650 constituencies, whichever candidate wins more votes than all others, the plurality, represents that area in the House of Commons. Though simple to understand and carry out, this system is inherently flawed and unrepresentative. On one hand, voters in so-called ‘safe seats’ such as Jeremy Corbyn’s Islington North, whomever they may support, are discouraged from voting by their inability to have any effect on the result.

In more marginal areas, MPs can be voted into power despite commanding nothing near an actual majority. The constituency of Kensington is a prime example of this, where Liberal Democrat convert Sam Gyimah received over 9000 votes. This allowed his Tory rival to win with 38.3% of the vote, defeating the Labour incumbent by just 150 votes, a deficit she would have likely overcome had the Liberal Democrats not split the vote for Remainers. This is known as the spoiler effect. Smaller parties risk damaging their own interests by stealing votes from larger parties they agree with somewhat and handing victory to those with whom they disagree far more virulently. As a result, a reluctant electorate finds itself forced to vote tactically and compromise on its political convictions.

One possible solution to this problem is a system known as Mixed-Member Proportional Representation (MMPR). Under this model, also used in elections for the devolved Scottish Parliament and the London Assembly, candidates would be divided into two groups: local and national. Local representatives are the winners of their constituency’s vote, while national representatives are then assigned so as to ensure the governing body is a proportional reflection of the preferences of the whole population. Using MMPR, the SNP would not, as they did this year, have over four times more Westminster seats than the Liberal Democrats, despite winning barely a third of the votes. What’s more, every vote counts, so a Green vote in their Brighton Pavilion stronghold is as important as a Green vote anywhere else.

That said, MMPR is not without its flaws. Its complicated processes can be difficult to understand and impractical to carry out on a broader scale, explaining why only a select number of countries, such as New Zealand, use it in nationwide elections. Proportional systems can also lead to the growth of parties on the extremes of the political spectrum, such as the BNP, which, though a technically more democratic outcome, may not be a particularly desirable one. Perhaps the most significant problem, however, is legislative stagnation. Outright popular majorities in countries with diverse, multi-party systems are very uncommon. This makes broad coalitions necessary and serious reform grindingly slow.

FPTP certainly does not share these drawbacks, diminishing the power of widespread minority groups and favouring comfortable, or at least workable, majorities for parties with a widespread base of support. But there will always be a trade-off between a system that faithfully represents the many shades of popular opinion and one that is actually able to pass legislation and address key issues.

Perhaps the most effective and feasible compromise between these two goals is the Alternative Vote (AV). In this type of election, voters are allowed to rank their options from most to least favourite. If there is no single party with an outright majority, the votes of the smallest party’s supporters are redistributed to its voters’ next preferred choices. This process is repeated until one candidate achieves a majority, and they are elected as that constituency’s Member of Parliament. This system was roundly rejected in the 2011 referendum on the subject with over two thirds of voters opposing it. Indeed, AV is far from perfect. It doesn’t eliminate safe seats, could increase the likelihood of a hung parliament and can seem confusing and opaque to the general public.

Nevertheless, AV is better than FPTP in one key respect: there is no spoiler effect, meaning the incentive to vote tactically is vastly reduced. Take Hartlepool, for instance, where Labour held on with just 38% of the vote to the Tories’ 29. In an AV election, most of the 26% of votes cast for Brexit Party chairman Richard Tice would likely have been transferred to the Conservatives, giving them the victory in an area that voted overwhelmingly to leave the European Union in 2016. AV favours compromise candidates that most constituents can live with, even if they aren’t their absolute favourite. Though by no means revolutionary, this system would help to restore the faith in politics of a disillusioned populace whilst also allowing for functioning governments that most people can support.

It should come as no surprise that the Conservative Party was vehemently opposed to the Alternative Vote in 2011. After all, it was the FPTP system that put them into government and has kept them there for the past decade (though ironically, had the 2015 election been held under AV, it is thought the Conservatives would have won a larger number of seats). Genuine electoral reform of any description is always difficult because those with the ability to institute change rarely want to bite the hand that feeds them. In 1997, New Labour were elected on a promise to reform the voting system. But having won a huge majority under FPTP, they were understandably unwilling to change it. However, if we honestly value the principle of a true representative democracy, it is crucial that we don’t just settle for a system as problematic and unsatisfactory as First Past the Post. Though Proportional Representation may be an idealistic and impractical alternative, AV could serve as a sensible ‘Goldilocks’ option between these two extremes. A future without the need to second-guess other people’s decisions in the voting booth is undoubtedly a positive one. We should not let a blind aversion to change deter us from the possibility of meaningful progress. It is only ironic that the best way to improve Britain’s democracy might be to introduce a reform rejected at the ballot box only a few short years ago.

The Silenced Majority: The Forty-Year-Old Conspiracy to Abolish American Democracy

The iron fist of a former Prosecutor General: The future of Korean politics