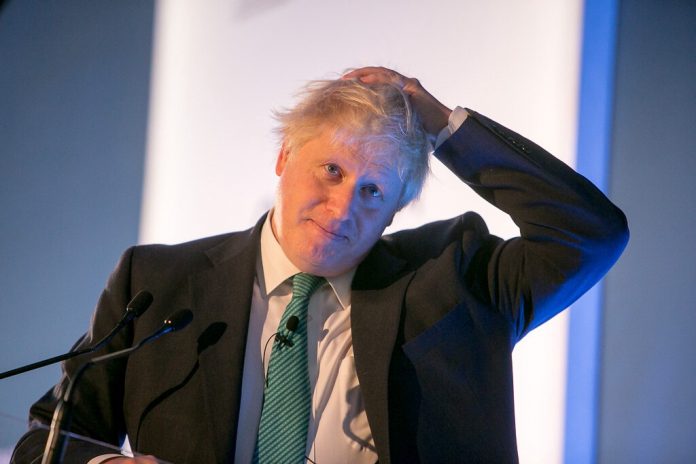 Ironically, the one thing we can all agree on is that the United Kingdom is currently divided. Deep inequalities of wealth, opportunity, and a proliferation of echo chambers have alienated a majority from Westminster. They provided the conditions for voting to Leave for so many people across so many regions.  Considering such great division, we should all try to build bridges. But we should be wary in hoping for the government to bring us together: it is the Conservatives who have benefited the most from the monumental divisions in our society.

Whether someone voted for the Conservatives or not, the pledges in the Tory election manifesto will impact their lives. The MPs that have stuck with the Conservative party through its recent changes will be held accountable to these pledges by their leadership as well as the voters who gave them a mandate to carry them out.

Rather than sitting back and luxuriating in its new majority our government should be held accountable by the public it serves. This is not only on its central promise to “get Brexit done” by January 31st but to uphold the values of democracy, free speech, and tolerance that we all share. However, I’d argue that some of the government’s policies – dwarfed by Brexit during the election campaign – pose a threat to the very values we look to our government to protect.

Page 48 of the manifesto tells us, “We will get rid of the Fixed Term Parliaments Act – it has led to paralysis at a time the country needed decisive action.” There is no pledged constitutional reform to follow, since there is no mention of what the Act will be replaced with, so this is a pledge we need to follow. For context, the Septennial Act was amended in 1911 to reduce the maximum term of any Parliament from 7 years to 5 years. The Liberal Party’s Walter Runciman stated, “Our only object in limiting the period of the duration of Parliament is that the House of Commons shall not get out of touch with the opinion of the electorate.”

Nick Clegg introduced the Fixed Term Parliaments Act 2011, repealing the Septennial Act and its amendments, which set in legislation a default fixed general election date before the end of this 5 year period. The absence of a fixed date was deemed to unfairly advantage the incumbent prime minister who could advise the monarch as to when to hold the election. The two ways in which the FTPA allows an early election require some consensus in the House of Commons, either through a Vote of No Confidence in an existing government alongside an inability to replace it, or a two-thirds majority in favour of an election. Even the method of a one-line bill, used to get around the act this year, still required a parliamentary majority.

Continuing on page 48, “We will protect the integrity of our democracy, by introducing identification to vote at polling stations, stopping postal vote harvesting and measures to prevent any foreign interference in elections.” Allowing the Party the benefit of the doubt for leaving out a much needed Oxford comma, there is still a question of whether the Conservatives can be trusted to protect the integrity of our democracy, despite their claims to be delivering on the largest democratic vote in our history.

Reports on foreign interference, such as from Parliament’s cross-party Intelligence and Security Committee, have not yet been released by No 10. An investigation by Open Democracy has found that the Conservatives received over £3.5 million from Russian funders since 2010. This includes over £1.3 million from former leading Russian Defence Ministry figure and oil magnate Alexander Temerko, who calls Boris Johnson a “friend” and has reportedly admitted being involved in a Eurosceptic plot to oust Theresa May. Admittedly, however, we should be wary of classing all acts by Russians as some sort of Kremlin-sponsored interference: Mr Temerko is a long-standing critic of Putin who has called for Parliament’s report on Russian interference to be published without delay.

Boris Johnson’s decision to prorogue Parliament in August 2019 was ruled unlawful by the Supreme Court. It is therefore speculated that the majority Conservative government will use their powers to reduce the powers of the judiciary. Indeed, page 48 continues “After Brexit we also need to look at the broader aspects of our constitution: the relationship between the Government, Parliament and the courts”. The government’s solution is to set up a Constitution, Democracy and Rights Commission in its first year. However, history tells us to be wary of government boards that are cleverly named after the rights of the people, and some might say Johnson’s claim to be leading a “People’s Government” is eerily similar to tyrants as diverse as Kim Jong-Un and Nicholas Maduro. I hope such a commission is truly independent and is not simply an attempt by the government to ram through changes under a cloak of official impartiality.

Integral to the modern democratic government is the provision of checks and balances, provided by a separation of powers. The role of opposition parties in Parliament is to keep the elected Government accountable to the people. However, the influence of the latter is undermined by the extent of the government’s current majority; Labour’s failings have helped give the Conservatives a relatively free hand. This was highlighted by the smooth passage of their Brexit bill through Parliament on Friday. Furthermore, holding the government to account is made harder by an increasing tendency towards groupthink within the mainstream print, broadcast, and digital media. Freedom of association and collective action have been purposefully made more difficult with David Cameron’s Trade Union Act 2016. The precedent for repressing organised protest has been set by the ban on Extinction Rebellion’s protests across London in October 2019, deemed “an abuse of power” by High Court judges.

As opposed to upholding British values of respect and tolerance of those with different faiths and beliefs, the Conservatives have been criticized over the past few days for dropping the inquiry into Islamophobia in the party. The accusations include that the proposed inquiry has been watered down so it no longer focuses on Islamophobia. The Muslim Council of Britain has expressed suspicion that the broadening of the issue was designed to bury the real problem and Baroness Warsi has raised concern over the suitability of the academic chosen to lead the inquiry.

This follows the investigations called by the Tories over anti-Semitism from Tory candidates Sally-Ann Hart, Lee Anderson, and Richard Short, the former two now elected as MPs. While Labour candidates, such as Safia Ali and Kate Ramsden, accused of anti-Semitism have been sacked, the Conservatives have allowed two candidates to serve as MPs and have suspended rather than removed Ryan Houghton and Amjad Bashir. With reports of anti-Semitism in the Labour party in recent years a source of rightful outrage, it is more appropriate than ever for the government to ensure that it leads by example and has its house in order.

In the ‘Promote our values’ section of the Conservative manifesto, the (apparently) laudable pledge is made to “maintain our commitment to spend 0.7 per cent of GNI on development and do more to help countries receiving aid become self-sufficient.” However, on page 20 in discussion of limiting immigration, the Party pledge to continue “Actively recruiting leaders in their field to come to the UK.” This depletion of educated leaders in other countries by the UK and other world-leading countries is known to repress rather than support progress around the world in a way that financial hand-outs cannot repair. Arguably, there is no point in ending Freedom of Movement if the government continues to take the best and brightest from around the world, something that has caused tension over the last couple of decades, especially with countries in Eastern Europe. Oxford students wouldn’t stand for a replacement of their lectures, tutorials, and classes with money to buy textbooks, so why should other countries?

The government’s apparent determination to encourage immigration from high skilled individuals is contrasted by pledges such as “Migrants will contribute to the NHS – and pay in before they can receive benefits.” It could be argued that this policy lacks a basis in fact as, according to Oxford Economics, “The average European migrant arriving in the UK in 2016 will contribute £78,000 more than they take out … and the average non-European migrant will make a positive net contribution of £28,000 while living here. By comparison, the average UK citizen’s net lifetime contribution in this scenario is zero.”

What I would argue that all this adds up to is an attempt by the government to run away from its record to avoid the reality of its job in upholding our fundamental values. I find it tragic if the government benefits from attacking the EU, mass migration or the Labour Party whilst committing the very mistakes or iniquities of which it is accusing them. It is galling if the government can get away with winning a landslide whilst swerving the reality of its pledges and actions. For however long this government is in power, we must hold it to account. With a weakened opposition, it is now all the more our duty to do so.

Beyond the Etonians: Simon Kuper’s Chums in today’s Oxford