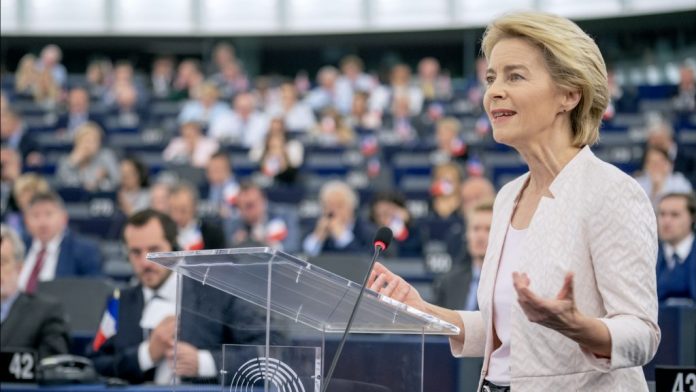 The appointment of Ursula Von der Leyen as President of the European Commission is an unabashed betrayal of the great strides which have been made towards a democratic European Union. The progress made with the adoption of the Spitzenkandidat (or ‘lead candidate’) system in 2014 has been singularly undone by Europe’s national leaders. As the German Social Democrats have rightly complained, this represents a return to the bad old days of a Europe governed by backroom deals and political subterfuge. Nevertheless, Europe’s democrats must move past it in order to save the dream of a strong, free, and democratic Europe. For those who work to reform the un-transparent and undemocratic institutions which continue to blight the European project the choice is dire yet simple: support Von der Leyen or face the bloc’s destruction.

Plenty of excellent criticisms have been levelled against the prospect of a commission led by Germany’s outgoing Defence Minister. One of the best, by the Dutch political scientist Cas Mudde writing for The Guardian, deftly highlights how the political manoeuvring which led to her appointment will likely only heighten disdain for the EU’s anti-democratic bent and will weaken the Commission at a critical point. As Mudde predicted, Von der Leyen only won the support of the parliament by the skin of her teeth, and she remains distrusted by its social democrats, the left, and the greens, on whose support she will depend. Her firmest allies, the European Peoples Party and Renew Europe, led de facto by Angela Merkel and Emmanuel Macron, respectively, are the very factions whose abandonment of the popular lead candidates Manfred Weber and Frans Timmermans created this mess. Unpopular in Germany and unheard of in the broader EU, Von der Leyen will likely struggle to govern.

It is vitally important that those who believe in the European project band together to help her. If the new President is weak – as her ability to gain the votes of just 383 MEPs, fewer than the 400 needed to govern effectively, suggests – then the crises plaguing the European Union from Belfast to Budapest will only deepen. When Viktor Orbán agreed to the appointment of Von der Leyen, a candidacy partly engineered by President Macron (a leading opponent of the Spitzenkandidat system), he no doubt made the crucial calculation that Von der Leyen, a President without the firm backing of the parliament’s democratic left, will be weak and ineffective. This is exactly what the European Union’s opponents, from Britain’s Brexiteers to the anti-democrats of Eastern Europe, want.

In order to ensure that the Commission can continue to fight the good fight for a “united and strong Europe” (Von der Leyen’s stated priority) the social democratic, green, and socialist left must work with her, but she must also work with them. Having accepted and supported Von der Leyen’s appointment, the Social Democrats will be looking for compromises from the centre and centre right, and they should receive them. The pledges Von der Leyen has already made – to invest billions in green technology, to fight for the economic advancement of women, and to champion the rule of law are a good start, but they are not enough. One vital concession which must be made is a commitment to the long-term reform of Europe’s political institutions, and a promise that never again will the Commission presidency be decided by a stitch-up engineered by Europe’s national governments against the wishes of its voters. To restore confidence in, and build support for, the European Union, it must fully embrace democracy, a task which it has avoided for too long.

Reforms should be undertaken to ensure that elections in the European Union matter. The Parliament, as the only body elected by the entirety of the union’s people, must take for itself the power to choose the Commission President and the power to initiate legislation. One means of doing this is to create a set of MEPs elected in a continent-wide contest in addition to national-level elections. Parties should re-empower the Spitzenkandidat system to ensure that the Commission is accountable to the people. Whilst the realities of the European Union’s pseudo-federal/pseudo-confederal structure mean that national governments must continue to play an important role in its political process, backroom deals between the likes of Emmanuel Macron and Viktor Orbán must not be allowed to undermine the democratic process. If it is to continue to be fit for purpose into the twenty-first century’s third decade, the European Union must face a serious internal political realignment which puts power back in the hands of the people.

It must also take real action to face up to the problems faced by the continent today. These are not limited to the problems of the never-ending Brexit nightmare or the increasingly rapid erosion of democratic and liberal institutions in Eastern Europe. They also include soaring income and wealth inequality, environmental degradation, and a refugee crisis which has only been made worse by inconsistent responses by the EU and its member states. These are all areas where the European Union has a unique potential to coordinate action amongst member states, and which demand a unified progressive response. To protect democracy across the continent, fight the climate emergency, alleviate the effects of crippling income inequality, and tackle the refugee crisis, the states of Europe have to work together, and only cooperation between the centre, the left, and the greens to empower the Commission can do this. This is a project which would require compromise between the centre right’s reluctance to effect serious change and the left’s desire to dismantle the neoliberal structures at the heart of the European Union, but it is a necessary compromise.

If Europe’s democratic parties fail to work with one another to guarantee a strong, progressive, and democratic union, they will be as good as handing it to the likes of Orbán, Salvini, Le Pen, and Farage. The next five years cannot be wasted on internecine squabbling in preparation for another farcical set of elections that produce a powerless Commission. The nature of Ursula Von der Leyen’s selection as Commission President is regrettable, but the best must be made of it now that she is in position. The fact that the Parliament’s moderate left held its nose and supported her is a good sign that compromise is possible, but it must be reciprocal. At this moment of crisis, vital reforms to transform the European Union from the imperfect reality of what it is to the soaring possibilities of what it might and ought to be are beyond essential. A better Europe is possible – we cannot let it slip through our fingers.

The unbearable lightness of grieving

In between practicality and principle: a partial observer’s advice for the French left