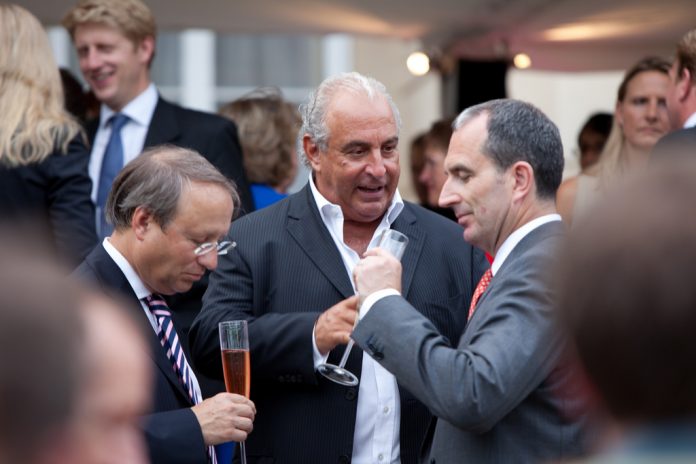 After an eight-month investigation, The Telegraph ruefully published a piece revealing allegations of intimidation and sexual harassment against a business tycoon whom they were prevented from identifying by a court injunction. In a dramatic turn of events, Lord Hain used his parliamentary privilege to name the man as Sir Philip Green.

There was a predictable outcry from Green’s lawyers, who claimed that Lord Hain had disrespected the court injunction. Yet it was perfectly legal for the peer to invoke his parliamentary privilege. Unlike in the US, where the separation of powers means that the Supreme Court holds the ultimate say over matters of dispute, the British political system has a small ‘c’ constitution. Parliamentary privilege is essential here in maintaining the absolute sovereignty of parliament and the balancing of different interests.

Of course, with such unrivalled privilege comes tremendous responsibility. But Lord Hain has only invoked such privileges twice before – once to name arms dealers, and the other to name companies with alleged links to a corrupt former South African president. This is hardly an arrogant man whimsically abusing his parliamentary privilege.

Green’s lawyers were also quick to point out that Lord Hain has links with the law firm hired to make the case for The Telegraph. Yet as a well-seasoned politician, Lord Hain would definitely have anticipated the amount of scrutiny he would face once involving himself in such a high-profile case. Would he really choose to speak out lightly?

With wealth and power, Green appears to be the embodiment of the super-rich who seek to evade the consequences of misdemeanours. The nascent investigation revealed that he had settled with five different individuals using non-disclosure agreements; it looks like Green has used this power to his advantage, preventing victims from speaking out.

Fame affords many privileges but it no doubt comes with responsibility. If Green wants adoration and admiration for his success, he must earn it by leading by example.

It is always distressing when politicians interfere with the judicial process. We need only look across the pond to Trump’s inflammatory remarks about Supreme Justice Kavanaugh’s hearing to see the troubles this can cause.

Whilst the actions of Lord Hain may not initially seem significant and may indeed appear honorable, what he has done by using parliamentary privilege to reveal Green’s identity is of extreme importance. By releasing this information and defying a decision made by three judges of the Court of Appeal, Lord Hain has symbolically implied both that he is above the law, and people of significant status and questionable morality are below it.

The impartiality of the justice system, and respect for said impartiality, are two of the most important values of any democracy. Lord Hain in a tweet last Saturday tried to insinuate he was upholding these values by saying he was “standing up for human rights against power, privilege, and wealth.”

This is somewhat ironic coming from a peer. Lord Hain isn’t an elected representative so he can’t properly claim, as a Commons MP would be able to, to be speaking on behalf of the people. If he were a member of the lower house, it is likely that the parliamentary outrage at a politician interfering with judicial process would have been much larger, with calls for resignation just around the corner. But even putting that aside, the idea that one can be standing up for human rights by directly defying a court injunction, decided impartially by some of Britain’s top judges, is ludicrous.

Don’t get me wrong, I find Philip Green slimy and insufferable. What he did was contemptable, beyond a shadow of a doubt. But even he, with his plethora of faults (and just like every other citizen of any democracy worth its salt), is entitled to due judicial process, without interference from parliamentary powers. If it becomes commonplace for parliamentary figures to undermine the legal system in this way, it won’t be long before we are living in a country uncomfortably similar to that across the pond.