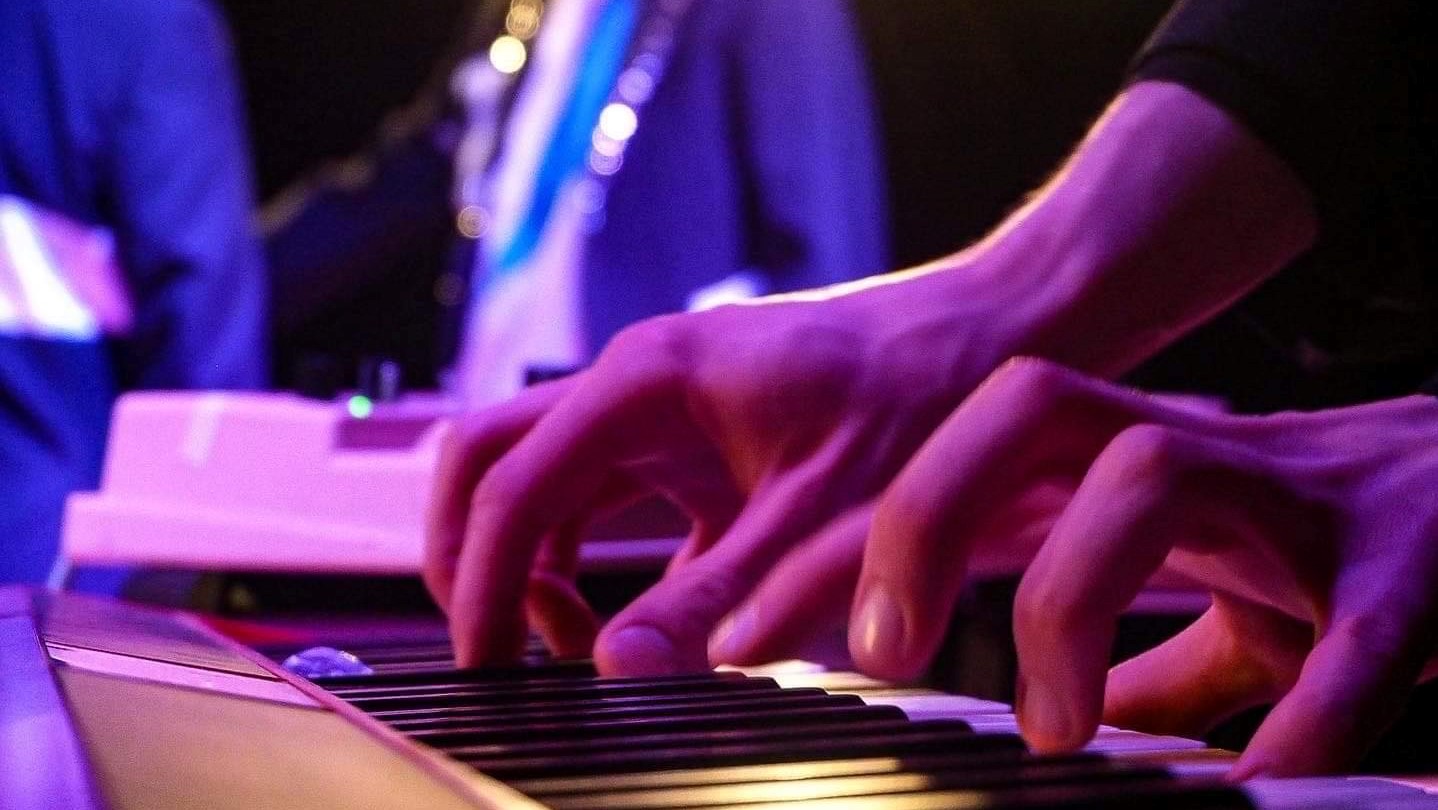 Ever wondered what it would be like to experience a rock musical about a bear that escapes from a circus and ends up dancing with a pair of teenagers? This was the premise of Cops and Robbers Productions’ The Improv Squeeze on closing night of its five-day run in Week 7.

The story varied from night to night depending on a prompt given by a member of the audience. On the night I went, the four-piece – actors Lili Herbert, Leo Kitay, and Vicky Stone, and musician Max Blansjaar – had to concoct and perform a musical related somehow to the childhood nightmare of an individual in the front row: the terrors of a Teletubby-like bear lurking in his closet.

Going in, I admit I had my doubts as to how successfully the team would combine the improvised story with the promised ‘rock musical’ aspect. However, The Improv Squeeze entirely surpassed my expectations. The performers responded assuredly to the prompt and delivered a cohesive, entertaining and – dare I say it – heart-warming musical which was received with barrels of laughter.

To my surprise, the seating area in the Playhouse’s Burton Taylor Studio, which hosted The Improv Squeeze, was so packed that some audience members had to sit on the steps in the aisle for want of chairs. Even they seemed to have forgotten about their slightly uncomfortable seating arrangement by the end of the evening.

When the house lights went  down, the performers bounded onto the stage and explained to the audience how the show was going to work, encouraging us to tell them about a recurring nightmare they had had as a child. When they received their stimulus, the performers took a moment to get ready, tacitly agreeing on when to begin. A deep breath, and they sprung, and I mean sprung, into action. From the get-go, the show’s momentum did not waver.

Herbert, Kitay, and Stone are impressive improvisers with great comic timing and an infectious truckload of energy. Wearing funky blazers and a whole lot of personality, they bounced off each other, communicating in silent glances and with seemingly telepathic energy. The cast had the BT Studio reverberating with liveliness – not a member of the audience could deny their explosive charm. Blansjaar assessed the mood of each scene and complemented it on his keyboard and bass. He treated the audience to a varied set, from an upbeat piece reflecting the joy of Samuel and Marie as they danced with Cassie (the bear) to a slower, Pink Panther-esque melody when a melodramatic letter was being read aloud. Aided by no props or set, save the instruments played by Blansjaar at the back, and no costume changes, it would have been easy for the small cast to feel vulnerable and exposed on the stage. But if they were nervous, they certainly didn’t show it.

Each actor took on two characters, switching roles from scene to scene. Kitay and Herbert kicked off the show as Samuel and Marie, two almost-adults navigating the trials and tribulations of growing up. Marie is finding it particularly challenging: even at the ripe old age of 19, she is used to having bedtime stories read to her – a nod to the audience member’s dream – but she is determined to make the transition into adulthood. “Do you think we could do something adult? Like go to the post office?” she asks Samuel innocently, to roars of laughter from the audience.

In the next scene, we meet Marie’s mother and grandmother, played by Stone and Kitay. They are discussing the way Marie seems to have changed since she started hanging out with Samuel. Kitay was hilarious as Marie’s grandmother. Only in improvised theatre would we ever see a scene centered around a hunched-over old lady eating (slurping? drinking?) a casserole through a straw, but I loved every second of it. I have to give it to the actors for the witty lines and absurdly creative scenarios they came up with on the spot. For something which could easily have waded into the tedious, superficial, or unoriginal, The Improv Squeeze did a fantastic job of keeping the dialogue from lulling and the story from becoming banal.

Stone and Herbert made a particularly entertaining duo in their roles as the leaders of Grimbleby’s Circus for Adults, a circus specialising in ludicrous animal hybrids and questionable animal welfare. After a vibrant song-and-dance number establishes them as a comedy-classic villain and sidekick pair (think Home Alone’s Harry and Marv), they realise, to their horror, that one of their hybrid bears, one with seven udders no less, has escaped from the circus. So, naturally, they set off on a wild goose chase to bring it back. It is Samuel and Marie who find the bear, dress it in a tutu, and call it Cassie.

Kitay and Herbert manage to make even their interactions with a 6-foot bear, invisible to the audience, endearing. For Marie, the whole affair is pivotal in her trajectory as a growing woman. She confesses to Samuel how she feels that they have become like Cassie’s parents; the experience has brought them closer together as friends. At this point I wondered how a musical about a rampaging hybrid bear had turned into a moving coming-of-age story about friendship and growing up.

At points I almost forgot that it was being improvised, entranced as I was by the actors’ skill at switching effortlessly from character to character and keeping the storyline flowing throughout. Occasionally the cast would surrender to barely-suppressed giggles, but this only heightened the comedy of the situation. When Kitay entered a scene bearing a letter, Stone and Herbert, as the circus leaders, smoothly deflected having to improvise reading it aloud by stating that they were missing their shared pair of reading glasses. Somehow, given the 94 — yes, 94 — years of ‘close partnership’ that bound the two together, even this explanation was convincing enough.

The overall mood of the evening was one of exuberance. I’m curious to know what the performances on the other nights entailed, but I have no doubts that whatever they served up was as uninhibitedly comical and light-hearted as what we were lucky enough to witness.