Haute Kosher: The lady doth kvetch too much (or does she?)

Jessica DeMarco-Jacobson describes the significance of the 'art form' of kvetching. 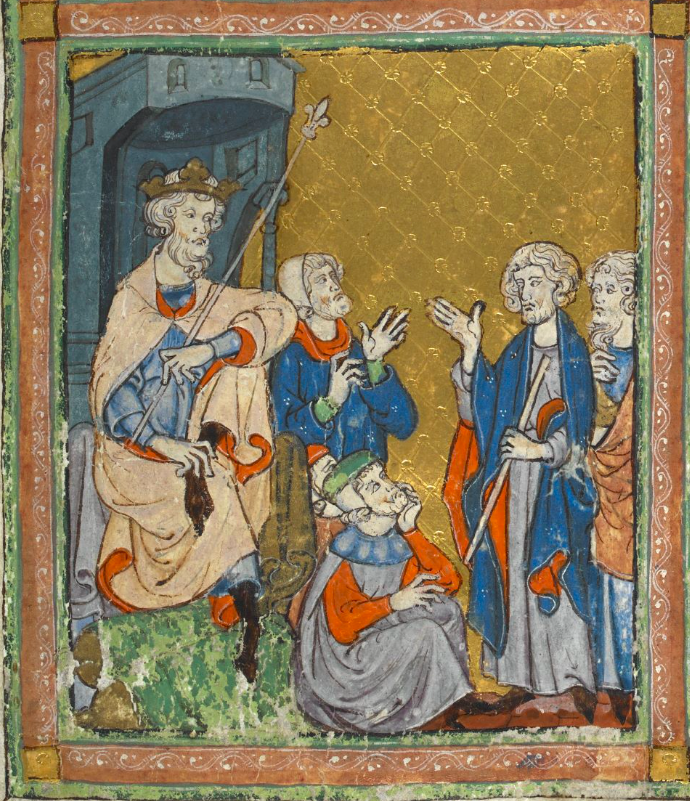 Etymology: Yiddish kvetshen to talk about something at great length and (often) in an annoying manner, semantic development (perhaps reflecting an extended use along the lines of ‘to squeeze the last drop out of (something)’) of kvetshen to pinch, to squeeze, to press

verb:  intransitive. To criticize or complain a great deal. Frequently with about.

Or at least that’s the Oxford English Dictionary definition of “kvetch.” But that doesn’t quite capture what kvetching is and its purpose. Kvetching does indeed mean to complain, but kvetching accomplishes so much more than that; it’s an art form. So, why do we kvetch; why does kvetching heal the soul? Why should we continue to kvetch?

And just a note…This self-reflection totally did not come from the realisation that I kvetch entirely too much.

Corinne Engber from JewishBoston defined kvetching as the “time-honored tradition of the Jewish people. It presumably began with Eve stubbing her toe or something in the Garden of Eden and crafting a beautiful metaphor of pain, and ends with us, now, in a period rife with kvetch-worthy situations.”

Indeed, the Torah contains many instances of kvetching. While the Israelites wandered the desert for 40 years, they kvetched to Moses about the lack of provisions. But is kvetching the right word here? They were expressing their desire to fill their existential needs while walking in a barren wasteland. Meanwhile, I’m kvetching to my friend about how I had to bike all the way to the English Faculty Library in the cold rain just so that I could pick up a very niche book for my stressful undergraduate thesis. We are not the same.

In the following verses, Moses decides to name the place where he hit the rock “Massah and Meribah,” after the fact the Israelites quarreled and “because they tried יהוה (G-d), saying, “Is יהוה present among us or not?’” This wasn’t the end of their complaints, however.

In Parshat Behaalotecha (the 36th weekly Torah portion in the annual cycle of Torah reading), the Israelites begin to kvetch about the lack of variety in the food G-d provides them (which at that time comprised only manna). The Torah portion reads:

“The riffraff in their midst felt a gluttonous craving; and then the Israelites wept and said, “If only we had meat to eat! We remember the fish that we used to eat free in Egypt, the cucumbers, the melons, the leeks, the onions, and the garlic. Now our gullets are shriveled. There is nothing at all! Nothing but this manna to look to!”

Ahhh. Now I feel a little better about my own kvetching. Moses brings these complaints to G-d, In effect, he says, “G-d, how can you possibly expect me to be the Deliverer when these people keep kvetching about everything? It makes my job pretty hard.” What chutzpah! But what is the significance of this kvetching? Why is it important for us to do the same now (even though we are no longer wandering through the desolate desert landscapes outside Egypt, but through Oxford’s Cornmarket Street instead)?

Kvetching is important because it is a form of building community. It strengthens relationships. When we kvetch to one another, especially about things that don’t have an immediate resolution, it connects us. Here, the Israelites rally together around a common cause. Perhaps in a less moving fashion than the Israelites in the Torah, my kvetching about how I was locked out of Microsoft Authenticator and couldn’t work on my essays, alongside my friend who is kvetching about his 20-page essay on the philosopher and mathematician Frege, or my other friend who is kvetching about how crowded city-centre Tesco is (its frustratingly oft-broken Tescalator is), brings us all closer together.

Being able to address the problems we face and to feel the solidarity of others gives us some sense of power. I’m wary of comparing myself or my friends to any of the situations in the Tanakh (the canonical collection of Hebrew scripture, including the Torah), but we should think about how kvetching gave those characters agency, just like in my wandering-the-desert example. In Midrash (rabbinic exegesis of Jewish scripture, Shmot Rabbah to be specific) the Israelites complain about having to dredge through the muddy ground while walking through the parted Red Sea. The Israelites are quite literally experiencing a divine miracle that brings them their deliverance, but they still find something to kvetch about.

Two of the Israelites who complain, Reuven and Shimon, join together in their complaints: “In Egypt, we had mud, and now in the sea we have mud. In Egypt, we had clay for bricks, and here too, we have an abundance of clay to make bricks.” Seems a bit ungrateful, doesn’t it? But it’s not. How does this bring this together—or more importantly, why is it helpful?

As Rabbi Seth Goldstein points out, “we need to trudge through the mud to get to where we are going,” but that doesn’t make our arrival a miracle. Even if we realise that we are indeed going to get through something, kvetching about the process of going through it can help us unite. In other words, we can realise a situation could be better—and what we ourselves can do to bring about those improvements in the future.

Although sometimes our only option in getting  through these menial difficulties is just to schlepp through it, talking about it removes some of the stress. It helps us think about the problem in new ways and reorganise the mind. It manages our stress, anxiety, and depression. It prevents us from holding in our frustrations and exploding. It increases empathy. Kvetching is a form of catharsis, and that’s why we should continue to kvetch. The greatest value of kvetching, in my opinion, is that it can be one of the greatest sources of Jewish achievement and progress. After all, as the Jewish philosopher and theologian Heschel said in his book Man is Not Alone: A Philosophy of Religion, “All that is creative stems from a seed of endless discontent.”