Maurício Alencar questions whether Oxford's transport networks are an example for the world. 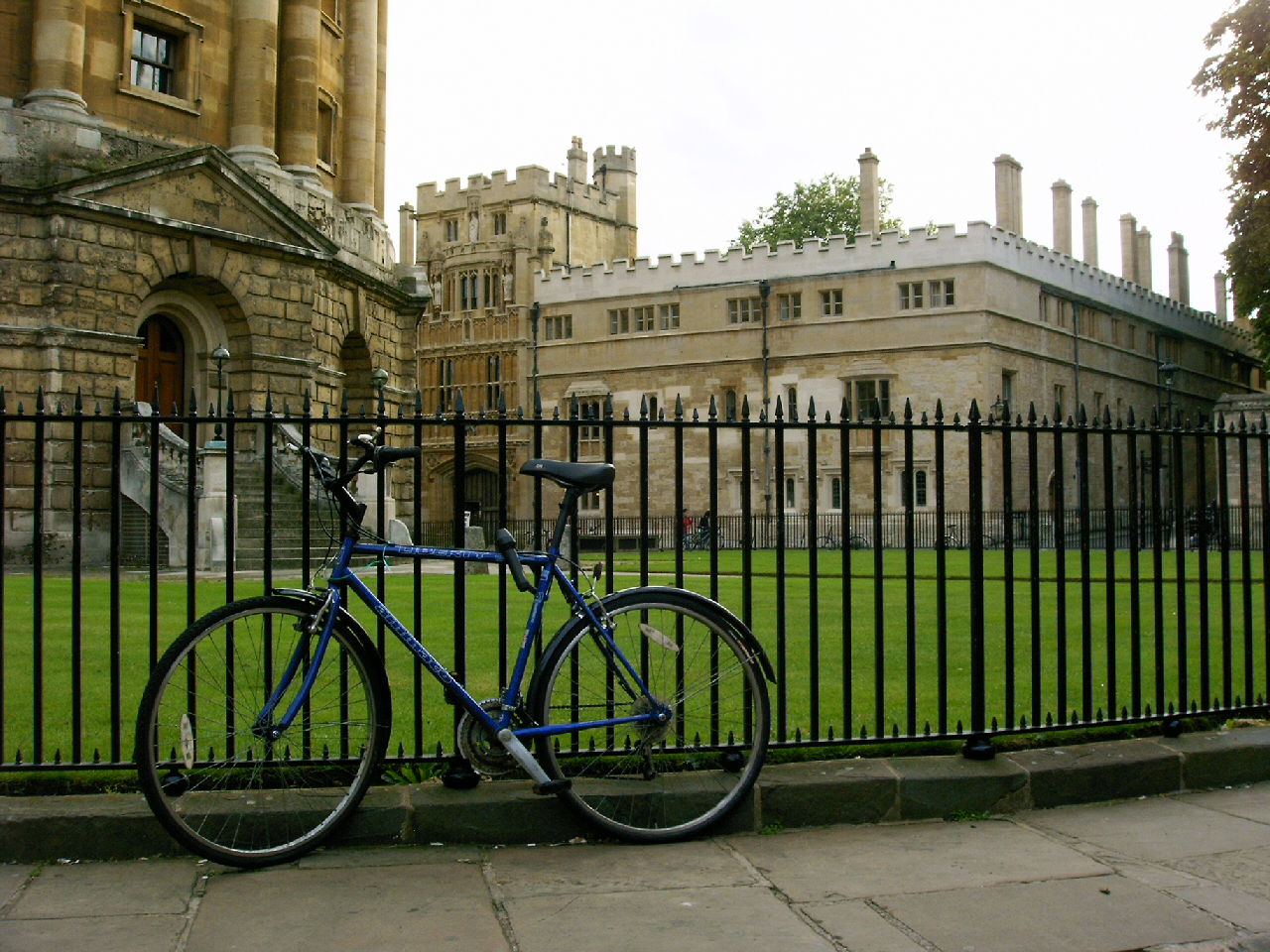 Guilty petrol-fuelled cars drive past the sign ‘Welcome to the City of Oxford. A Cycling City’ every day. Little has been done to stop this reckless attempt at invasion. Yet, the city itself has maintained its sustainable and healthy green-green-green image. Anywhere between Worcester College and the roundabout (most of which is famously a Zero Emission Zone), cars are rare. Cyclists are everywhere, flashy E-Scooters swagger around, “helmet-on!” and “get-some-lights!” hecklers stand by Sainsbury’s Local 24/7, electric-powered buses take enthusiastic Brookes students down to Westgate, a man rides a gigantic unicycle past Magdalen Road Tesco Express every now and then, and pedestrians sneer at gullible tourists who bought a City Sightseeing bus tour around the city centre. The only welcome extraterrestrial modes of transport are the ever-useful Oxford Tubes and trains. When within the Oxford bubble, the very thought of cars, planes, those stinky gas vehicles is hocus-pocus gobbledygook. Clean, efficient Oxford leads as the example to the world’s costly and pollutant transport networks.

That is, within the flat valley that spans somewhere between the god-forsaken roundabout and far treks beyond the train station. Oxford is not just the colleges and the University, but it is a city that is home to well over 100,000 residents. Besides, if you’re up in Cowley like I am, you will know that the three-way choice to East Oxford is not all smooth riding. The cycle up Headington Hill is a cruel Tour-de-France sweat-off. The gradient up Cowley Road is acceptable, though still gruellingly unpleasant and unpredictable after a long day’s work, not to mention the sheer number of crossings. Iffley Road is the optimal route up, may it may be a serious detour for some. At some point over the course of many upward journeys, you may start to realise that your slightly shady £40-deal bike is facing its limits. Or maybe that’s just my £40 bike deal. Even so, while your fitness levels may surpass the average of the university’s croquet team, the English weather is sure to guarantee some wet n’ wild surprises throughout the year.

That may sound cynical, but such petty frustrations with bike travel suggest why cycling can only ever be so popular among populations. The pandemic was supposed to be a unique opportunity to transform metropolitan cities around the world into metropolitan parks. Sneaky hills may be but one of the several reasons why cycling has not grown as much as it should have. Other reasons may include potholes (@Oxford City Council, please fix the two deep potholes at the top of the High Street, thank you), poor cyclist protection from cars, terrible lorry drivers, and possible drowsiness from the scents of car exhaust. If only we could be riding horses and chariots like in the good old days, huh?

Public transport exists. Hop on Oxford buses which (explicitly) only accept Brookes student cards and **not** Bod cards. Pay nearly £3 for a journey that you could have used to cop yourself a Tesco meal deal. The stealthy parasite that is public transport payment is mentally draining. Plus, given the infrequency of some bus routes, the narrowness of gaps buses often have to squeeze through, and the awkward limb-shuffles your body makes when making eye contact with other members of the general public, waiting on a bus in traffic is not very enthralling.

I don’t particularly like buses much but they do get you around, and they are probably the environmentally sustainable way to go for most cities and towns around the world. Tube services like the London Underground are similarly crucial for metropolitan cities to cleanse themselves of toxic fumes, but they are also expensive and not suited to all kinds of cities. Trains are just expensive, really.

The elephant in the room when discussing environmentally sustainable modes of transport are planes. They are planet killers, but air travel provides a unique experience not many, if not any, other modes of transport can offer: everyone faces the same way, the sound effects are soft on the ear, the views are always spectacular, there are helpful assistants ensuring you are safe and happy, and, oh yes, they connect people from across the globe. In this age of Brexit, Zoom, and Black Mirror, international travel is as important as ever in keeping the human population sane and cohesive. If Earth is at odds with planes though, then we all are, unfortunately.

That brings us to cars. Cars’ glamorous allure is still too much for the sinful man. One’s control of the road, the radio, and the service station reflects one’s independence and authority. You are in charge. You are supreme. If you do not have a driving licence, you are weak, unworthy, even pitiable. Haha!

Luckily, electric cars are soon coming to a garage near you. From 2030, there will be a ban on selling petrol and diesel cars. God save the Queen. We all will live.

However, more environment-linked problems may arise in the future from the production and use of electric cars. Several problems regarding high costs, lithium waste, and charging points have not been resolved yet. So, do I buy some Tesla shares or not?

The question is whether it has all been left too late. The answer tends to be yes, we most certainly have. While we’ve been dilly dallying away at playing war and what not, the planet’s climate has been getting on with ‘changing’. Transport accounts for over one fifth of the planet’s carbon emissions. Good thing that I got my ‘Walk to School’ badge in primary school, bringing the percentage down that little bit more.

At the beginning of every Oxford term, like hundreds of other students, I am in one of those guilty cars passing by the ‘Cycling City’ sign. This awkward paradox–  driving into Oxford- ‘a cycling city’, never fails to confuse me a little. How else do you expect me to take 10 boxes of clothes, books, folders, pans, tea sachets, toilet paper, shampoo, a bit of booze and a dramatic amount of football memorabilia in and out of the ‘cycling city’ every term?