CherwellIndependent since 1920.
Features Staying in to ensure a safe night out 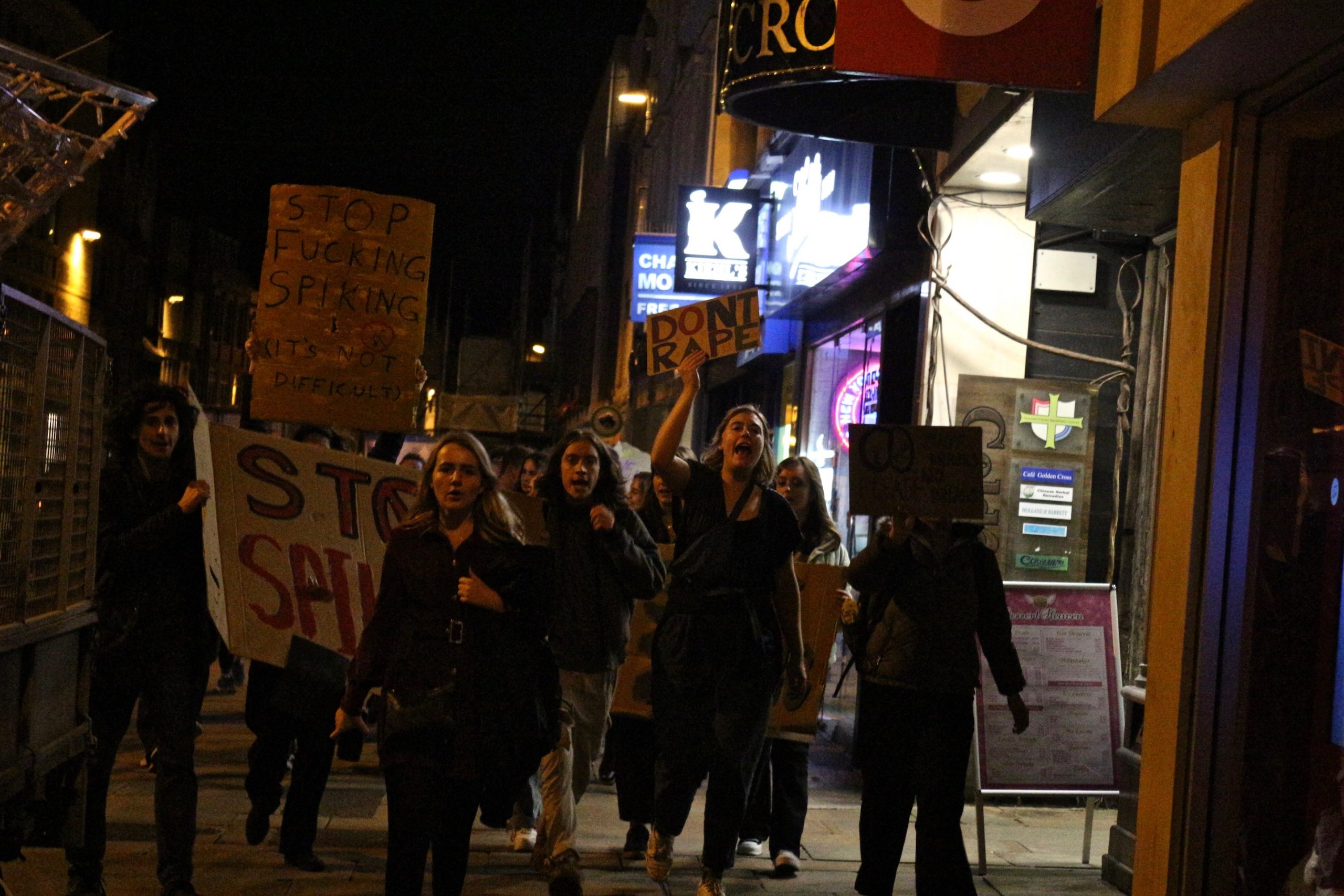 In many ways, throughout 2021, it’s felt like news about violence towards women and other people marginalised by gender has been inescapable. The tragic murders of Sarah Everard and Sabina Nessa, as well as those of Nicole Smallman and Bibaa Henry in June of last year, have shaken public consciousness and reminded us all that for many women, other people affected by misogyny, and people of colour, the streets are still not entirely safe. This month, however, the media focus has shifted away from our streets and into our nightclubs.

Drink spiking has been growing even prior to the pandemic, between 2015-2018 saw a 108% rise in the number of reports to the police. However, recently several reports of spiking via injection have gone viral on social media and made mainstream news, suggesting that a new method may have arisen in response to people being more careful with their drinks. According to the National Police Chiefs’ Council, there have been almost 200 reports of spiking over the last two months alone, and then 24 reports involving injection with a needle. These reports have justifiably heightened fear amongst women and marginalised genders – so much is still unknown about these injections, what substances are being used, and how harmful they have the potential to be. The anxiety surrounding this issue has even resulted in several false posts circulating, claiming that women who have been spiked via injection have contracted HIV (while some women have been tested for HIV, at the time of writing no-one is known to have tested positive).

Girls Night In was a campaign that took off on a national level in response to these growing concerns. Calls across over fifty cities have seen women and marginalised genders make plans to make their voices heard. Demonstrations and nights in have been orchestrated – as an outlet of these fears, but increasingly to also put pressure on nightclubs to take responsibility for the environment that they create.

However, responsibility looks different to different people, and there has been significant discussion over how to address these issues. Bouncers, further security, bag searches and full body searches have all been suggested amongst this mounting pressure to resort to some seemingly ‘traditional’ means of keeping safe. Yet, we have to question who these actually serve and who is kept safe or further marginalised by the employment of these methods? Thorough bag and body searches, more CCTV cameras, and increased policing won’t be what ends spiking. Instead, it will result in marginalised people, especially men of colour and queer people, being disproportionately targeted, and recreational drug users being prosecuted far more frequently. Carceral feminism is not our way out of this. What we need to change the culture around spiking, as well as education about consent, is to shift the entire atmosphere within nightclubs.

The broad approach across this campaign has been to emphasise prevention, welfare and support instead. The power of social media for organising has once again been emphasised with rapid transfer of information and aims shared across disparate groups, resulting in a list of national demands being made including: “regular and comprehensive active bystander training for all bar and club staff” and “for nightclubs to have a designated and identifiable welfare officer”. The welfare role in particular involves comprehensive training to combat spiking and sexual assault, with the officer position being said to “be able to provide a safe way home, intervene in cases of sexual harassment, being able to identiy what spiking looks like or what a victim looks like, being able to identify and interven in hate crimes.” It is clear through this movement of a wider direction in feminism taking place – a direction that sees us placing the responsibility of those around us, and institutions taking clear steps not the victim themselves being held responsible.

Yet, whilst this has largely been reflected in the organising groups, this has not necessarily been reflected by nightclubs and other institutions themselves.The pressure on nightclubs to address the issue and change policy has been mounting every day, and the response from clubs in Oxford has been varied, and not always satisfactory. The Bullingdon has committed to never leave anyone intoxicated and vulnerable on their own, and trains all staff in the ‘Ask for Angela’ scheme, and ATIK has similarly stated this as their policy. ATIK’s post on instagram reassured that “our teams are trained on the issue of drink spiking. They are aware of what to look out for and what to do.” Similar to the Bullingdon, they emphasised their “We Care policy which is about making sure we look after our customers and that everyone who comes to us gets home safely” and reassured customers “we will never ask anyone to leave on their own and our staff are able to arrange for a taxi or friend/family member to collect you.” They finally stressed their provision of anti-spiking devices: “we will provide anti-spiking bottle stoppers and protective drink covers as soon as we can get some more.”

Yet ATIK’s response has been met with harsh criticism and comments of people’s experiences that contradict their official policy. ATIK’s initial instagram stated that ‘these incidents are incredibly rare’ which was seen by some as being dismissive of the rising numbers and an attempt to emphasise that their policy is comprehensive enough to address a relatively small issue. Their comments have been filled with outrage and personal testimonies of people who had experienced something different than ATIK’s official policy: “Where was this when your security was leaving my friend alone and unable to walk on the street outside the club?” “Absolutely none of this was in place or evidenced when your bouncers carried our friend who had been spiked out and left her on the street”. One said “Yes you really ‘cared’ when your security guard dumped my friend who has been spiked out on the street. Or when you referred to the incident as an ‘inconvenience’ via email after she spent the night in A&E.’ These comments are effectively summed up with one final remark: “all of this stuff would be great if it were actually enforced by the club and not just listed in a statement.”

Ultimately, clubs don’t seem to envision a world in which spiking does not happen, and despite their good intentions, this automatically places the onus on the individual to go out of their way to avoid being spiked, and go through the stress of reporting it when it does happen. While perhaps not as extreme, it stems from the same line of thinking that inspired Durham SU to tweet that spiking is “dangerous and something that you can prevent from happening to you and your friends” and creating the hashtag “#dontgetspiked”.

Atik has responded to some of this criticism by announcing: “After much consideration and after listening to both our staff and our guests, we can confirm we’ve taken the decision to close our student night, Park End, on Wednesday 27th October in solidarity with the nightlife boycott… We would like to show our support to our student partners this Wednesday in raising the awareness of safety in the night time economy. Let’s work together to stamp this out.” They further committed to “guest safety” and stated that they will work to “continue to improve the measures we have in place with improvements to our training programmes, communication of our We Care programme and ant-spiking devices being made available.” This response has been well received, yet people have questioned the motives especially with mourning national pressure and the questions regarding costs – one comment said “is this in solidarity or because you’d lose money being open?” It is a move in the right direction, but the question remains – when the media coverage dies down, when it is not a question of just not opening one night, will they continue to work towards these aims? Will there be more stories where the narrative perpetuated on social media and for their publicity is different than the lived experiences of marginalised genders and communities on nights out?

At the moment, the role of bouncers and security staff seems to be to keep the nightclub as a business safe, but why can’t the focus change? What if, instead of refusing very drunk women entry to clubs and leaving them to walk home alone, the protocol was to get them some water, call one of their friends, and make sure they get home safe? What if clubs stopped selling lids and scrunchies for drinks for profit, and instead gave them out for free, as well as making sure any reports of spiking are taken incredibly seriously? Clubs can’t ensure that everyone is safe by making us pay for our own cup covers and then treating inebriated, vulnerable people as mere annoyances. They should be places to let go – but we can’t all let go together if we’re not also looking after each other. 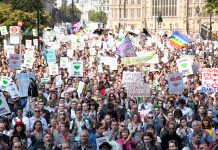 Bishop of Oxford joins call for action on climate change 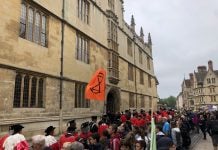