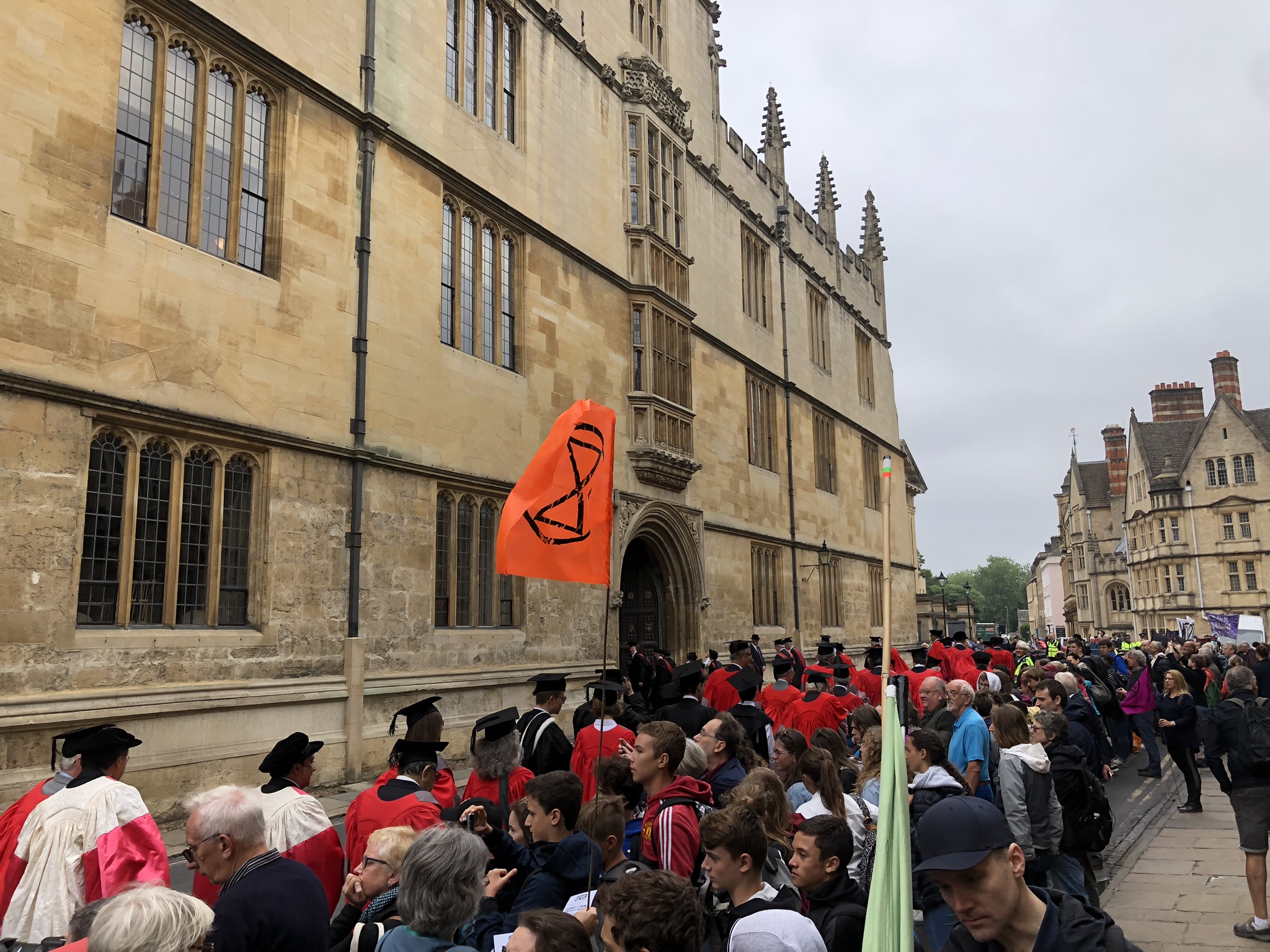 Last week, on a day reserved for the prestigious Encaenia ceremony, Extinction Rebellion took to the streets of Oxford to raise awareness of climate change.

Demonstrators took part in a parody of the event, entitled ‘Insania’, walking from Radcliffe Square to Broad Street.

Before the walk began, activists crowded Catte Street, along which the academics walked to the ceremony, chanting “shame, shame, shame on you.”

Encaenia is the ceremony at which the University of Oxford awards honorary degrees to distinguished men and women and celebrates its benefactors.

At the ceremony, eight people were awarded honorary degrees, including Professor Sir Simon Wessely, of the Royal Society of Medicine, and Yo-Yo Ma, a world-renowned cellist.

The activists’ own procession mimicked the award ceremony, by featuring awards for David Attenborough and climate change activist Greta Thunberg.

Extinction Rebellion spokeswoman, Hazel Dawe, said: “The Vice Chancellor of the University of Oxford has told students that ‘Divestment will not have any tangible impact against climate change; it’s better to focus on research and green campus initiatives. This is muddled thinking and ignores the fact that the university’s international reputation requires it to show leadership and divest from fossil fuels.”