Mauricio Alencar reports on the Conference of College's response to the CLOC campaign. 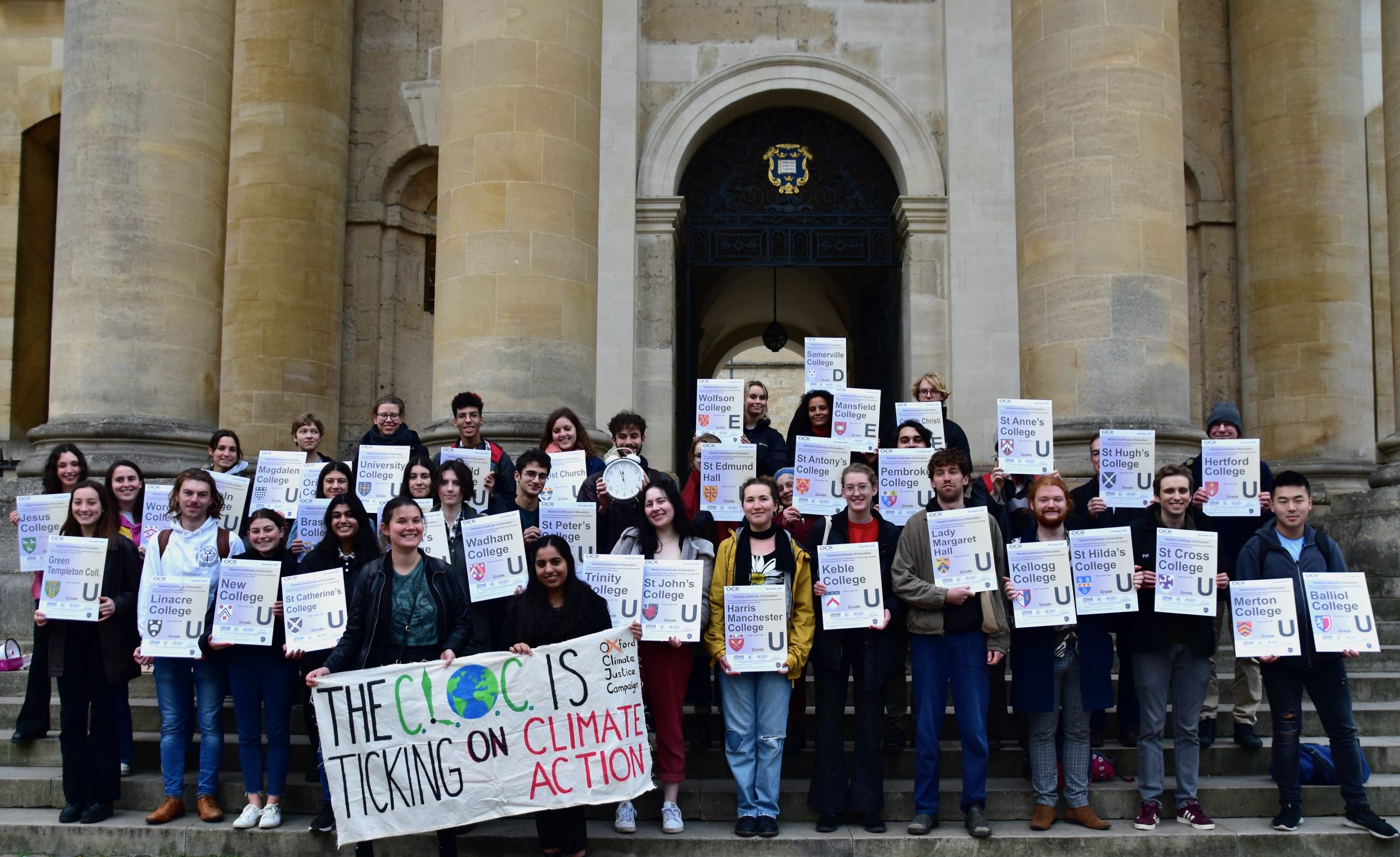 However, in a statement released to Cherwell, a spokesperson for Oxford University’s Conference of Colleges said that they “don’t consider that a competitive league table of the sort CLOC proposes is a useful tool, or that it provides information that can be relied on”.

Somerville College topped the rankings for Oxford with a score of 51, which was graded as a “D”. Corpus Christi College and Mansfield College followed in second and third respectively, with scores of 47 (grade E) and 46 (grade E).

CLOC published a “Score Breakdown” for the rankings. Within the breakdown, the general comments section states that there is a “dishonourable mention” of climate and environment for University College, St Catherine’s College, and St Antony’s College. For Brasenose College, the comments state that “climate [is] completely absent from [the] College’s public information” and that there is “seemingly no attempt to consider the environment at all”.

CLOC also outlined its methodology. Upon setting out its scoring criteria for colleges, CLOC “followed the example of the Environmental, Social and Governance (ESG) investment movement”. Its scoring principles included consulting “extensively with experts including professional environmental consultancies as well as faculty-members from both Universities”. CLOC affirmed that they looked “to avoid a wealth bias” between colleges. In addition, only “publicly-available information” was used for the ranking.

The number of points which could be awarded to colleges for climate action varied according to different areas. These areas consisted of “decarbonisation” (35 points), “divestment” (30 points), “delinking”(20 points), and “governance” (15 points).

CLOC excluded all permanent private halls from the ranking “because they are not independent, self-governing, and financially autonomous bodies”. Reuben College was also excluded “on the basis of how recently it was created”, as was All Souls College, “given its size and special financial status”.

The spokesperson for Oxford’s Conference of Colleges stated: “We don’t agree with the methodology. Their assessment of the policies and practices of individual colleges is both inaccurate and incomplete, so that the ‘scores’ they have allocated to colleges are wholly misleading. In any event, individual colleges are not comparable, given the great variety of their resources and buildings. Overall, we consider that the CLOC league table gives rise to the risk of box-ticking rather than genuinely effective action.”

Anvee Bhutani, Oxford SU President, stated: “Most colleges have received a U, and the best only a C in our ranking, showing that their climate ambition ranges from poor to non-existent. This is not only unacceptable, but deeply hypocritical. To the outside world, Oxford University pretend[s] to be [a] leader in the fight against the climate crisis. Yet on the inside, many of their own colleges are lagging far behind, with no strategies to reach net zero and continued ties to the fossil fuel industry.”

The spokesperson for Oxford’s Conference of Colleges concluded: “Oxford Colleges are engaging closely with the University, with experts in the field, and with their undergraduate and graduate communities to set policies on sustainability, including through our Sustainability Working Group. The Group’s current efforts are focussed on agreeing a common way to measure and report on our energy and water use and our biodiversity, and we plan to report on these using an agreed common approach early next year.”

The spokesperson added that “there is information about what we have already done” in a report published last May and on the University’s website.

A revised CLOC ranking will be published every year.