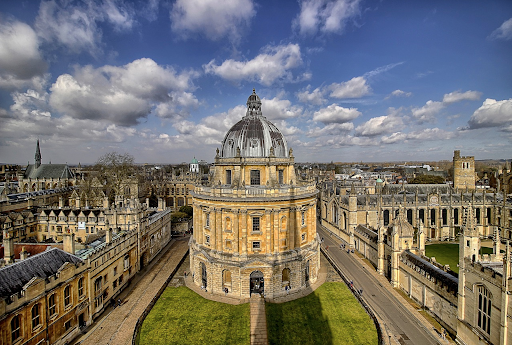 Dame Sarah Gilbert, Saïd Professor of Vaccinology and co-developer of the Oxford-AstraZeneca Covid vaccine, will be delivering the prestigious Richard Dimbleby Lecture on December 6th.

The lecture, named in honour of journalist Richard Dimbleby, is delivered by influential figures in business, science, or politics and is broadcast annually by the BBC. This year, Dame Gilbert will add her name to a roster including Sir Tim Berners-Lee, inventor of the World Wide Web, and Former President Bill Clinton.

The past two Dimbleby lectures have been halted by the pandemic. It seems appropriate, therefore, that the speaker to restart the series was at the forefront of tackling Covid-19. The BBC Head of Daytime, Carla-Maria Lawson, told the Evening Standard that “the integral role Dame Sarah has played in the race to protect us from coronavirus and her ground-breaking work in pioneering lifesaving drugs make her truly inspirational.”

Gilbert has spent over 10 years developing vaccinations. Her research has focused on inducing a T cell response to fight viral diseases, malaria, and cancer. In 2014, Gilbert led the first trial of an Ebola vaccine, and when the Middle East Respiratory Syndrome (MERS) virus struck, she worked on developing a vaccine from Saudi Arabia.

In early 2020, when COVID was first emerging in China, Gilbert and her team began developing a vaccine to fight the disease. Because of their rapid and rigorous research, the Oxford-AstraZeneca vaccine was among the first vaccines to be approved for rollout in the UK. It demonstrated an efficacy of 76% and has since been used in over 170 countries.

Early doses of the vaccine were manufactured here in Oxford at the Clinical Bio-Manufacturing Facility before the vaccine production was moved to an external manufacturer in Italy. Vice-Chancellor Louise Richardson credits the knowledge and experience of researchers including Gilbert as the key to Oxford’s development of the vaccine “at lighting speed”.

Thanks to the work of Dame Gilbert and others on developing this vaccine, the road to a Covid-free future has become more passable. Boris Johnson, who has himself received two jabs of the vaccine, praised Gilbert’s team for helping the UK to “get back to the lives we miss so much” in an interview with the New York Times.

Gilbert told the Evening Standard: “Whilst my natural home is working with my lab team on vaccine research and development, it’s an absolute honour to be asked to deliver this year’s Dimbleby Lecture.”

This is one more in a string of accolades received by the Oxford virologist. Mattel has created a Barbie doll in her honour, she has become a senior associated research fellow at Christ Church college, and a penguin has been named after her at the Sea Life London Aquarium.

Additionally, the endowment of Professor Sarah Gilbert’s Chair of Vaccinology by the Saïd family will boost further vaccine research and development, according to Vice-Chancellor Richardson. This will contribute to future ground-breaking findings and cement Oxford’s reputation at the forefront of medical research. Richardson believes that “this is how we transform the world for the better, forever, for everyone.”

Dame Gibert’s speech will be the 44th edition of the series, and it will be broadcast by BBC One and BBC iPlayer from Oxford University.