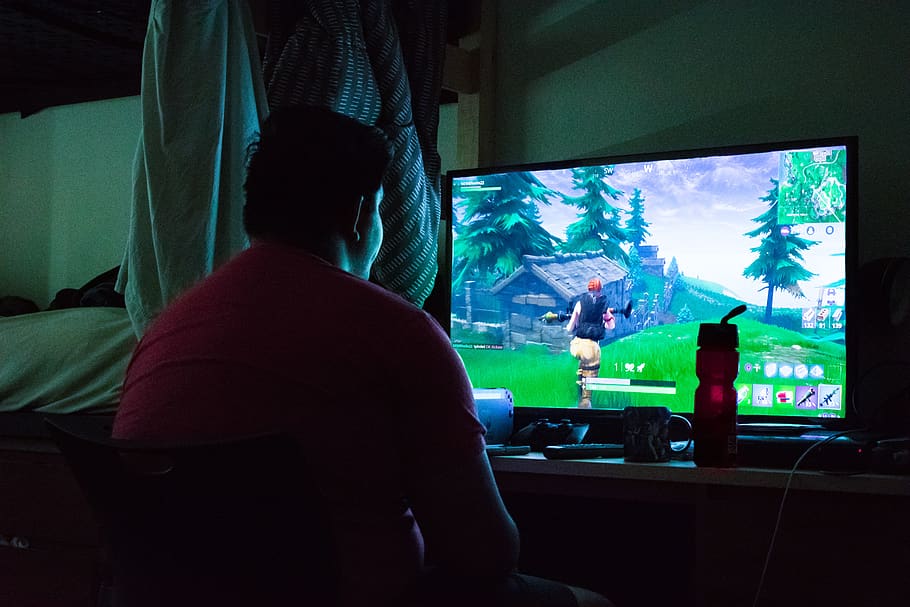 If you’ve ever been one to get back from school on a weekday, switch on the PlayStation or Xbox to talk to your friends for a solid 3 hours and then realise you hadn’t done your homework and it’s already 22:30, then you’re not alone. If you’ve ever created goofy characters on FIFA with your mates and long-lasting memories that will undoubtedly be talked about when you’re sitting in a pensioner’s home, then you’re definitely not alone. But if you’ve ever been kicked out of your friends’ online party because you are having a “stinker”, been lured into buying expensive FIFA points or GTA money to level up your standing in the game, or overheard some nasty abuse and not addressed it properly… hey, again, you’re not the only one. Welcome to Los Santos; welcome to the zombie apocalypse; welcome to the pubescent-boys-only, exhilarating, and overwhelming world of online gaming. Come and play.

China’s had enough of it. Online gamers under the age of 18 are now banned from playing on weekdays and can only play for a couple of hours or so in total on the weekend. This ban is certain to have a crippling effect on the industry. The country claims it seeks to prevent young online players from suffering from gaming disorders.

What’s that, this ‘gaming disorder’? It might help to remember Flappy Bird. The game’s creator, Dong Nguyen, deleted it from the App Store since he felt the game was too addictive. The International Classification of Diseases classified gaming disorder as a “pattern of gaming behavior characterized by impaired control over gaming, increasing priority to gaming over other activities”. Around one in 10 children are addicted to gaming; there may be severe knock-on effects on children’s sleep, interest in academic work, and general health from this disease.

One study from UCL contradicts this claim, suggesting that video games might actually lower the risk of depression. So much for thinking young people’s mental health is deteriorating as they spend hours in front of their screen.

Linked to this, many mistakenly scapegoat the online gaming industry for terrible tragedies and mass shootings. US conservatives have been the best players of this blame-game. The likes of Donald Trump and the NRA claim violent shooting games are accountable for school shootings. These groups and individuals look to divert conversations away from the country’s gun rights laws by – in a typically Trumpian fashion- making baseless claims about behavioural science. Only 4 shooters out of 33 mass murders between 1980 and 2018 in the US were fans of video games. Sandy Hook was one of the 4, and one of his favourite games is said to have been Dance Dance Revolution.

That said, there are still some seriously disconcerting examples that need to be discussed further. When the shooter Brenton Tarrant killed 49 Muslim people in New Zealand, he livestreamed himself crying out “Subscribe to PewDiePie”. The world-famous Youtuber PewDiePie has had to apologise on numerous occasions for various misogynistic and antisemitic comments he has made in his viral videos. One wonders what kind of ripple effect this has had on his subscribers’ own language.

Indeed, 22% of parents claim their children had learned offensive language from playing video games; another survey found that 86% of parents did not follow age restrictions on video games. In addition to the dangers of offensive language online, scientists from the University of Leeds estimated that young children who play video games are more likely to be obese by the time they become a teenager. Online grooming also still remains to be a serious threat for young people; 14 year-old Breck Bednar died in 2014 when he met with his online “friend” in real-life.

So, is gaming gaming you? Is it harmful or is it beneficial? The world is only now somewhat understanding the industry’s advantages and disadvantages to young people and the rest of society, but much still remains unknown. For an industry that attracts north of 2 billion people in the world, the control of online gaming by different countries’ governments varies greatly. Now that online gaming is all but banned in one of the sector’s biggest markets, there is an enormous pressure on the industry to survive. Whether China’s Watchdog’s intervention is a Super Smash success or a Fallout failure, the video gaming industry might be heading into a Battle Royale with governments and other regulatory bodies across the world in the coming decade.