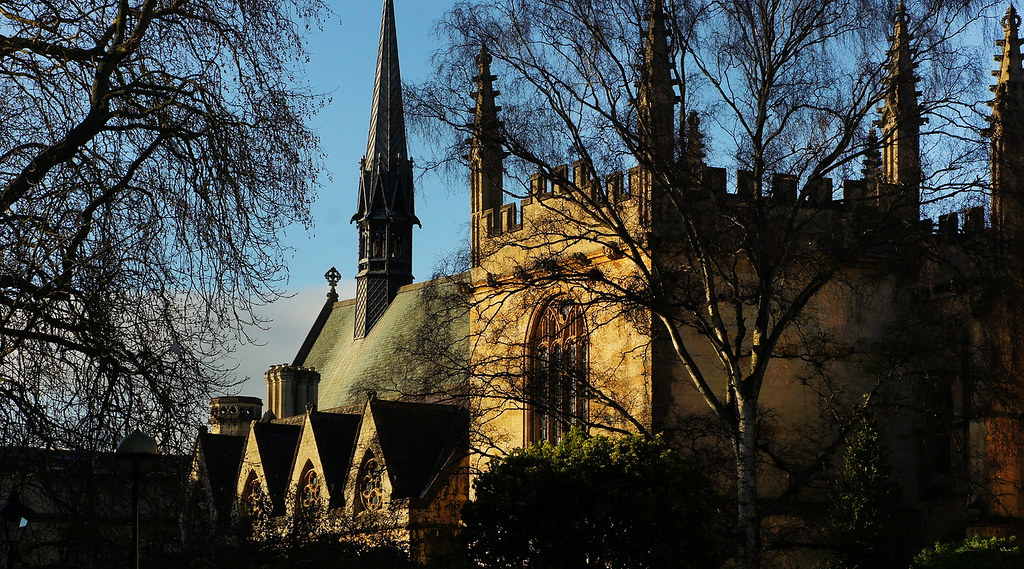 Charlie Hancock
Charlie is reading Human Sciences at Hertford College. After working as a News Editor and Deputy Editor, she was co-Editor in Chief with Jill Cushen for HT22.
30th April 2021

Data released from Oxford University’s Student Welfare and Support Services has revealed that demand for its services rose during the 2019-20 academic year. The number of students registered with the Disability Advisory service also rose, continuing a trend observed in preceding years. The Sexual Harassment and Violence Support Service also saw an increase in demand, with the majority of users being female undergraduates.

Demand for counselling rose by 8%, meaning 13% of the student population used the service during the academic year. The Counselling Service saw significant differences in patterns of use compared to pre-pandemic years, as more students requested support during vacation periods. The residency requirement for accessing counselling was suspended over the 2020 summer vacation. During that time, demand for counselling rose by 86% compared to the previous year, and the demand for support over the vacation as a whole rose by 41%. The report said the increase “reflects the increase in student distress and dysfunction as the pandemic continued, creating longer term detrimental effects on mental health and wellbeing”.

26.4% of referrals to the Counselling Service were for anxiety. A further 20.8% of students requested support for “depression, mood change or disorder”, and 9% for “academic needs”. The average waiting time between a student requesting support and attending their first appointment remained at 8.9 working days, the same as the year before. The percentage of students who were seen within 5 days rose from 36.5% to over 40% over the same time period.

However, waiting times fluctuated dramatically during the year, peaking at 16 days at the end of Michaelmas. Reduced demand during Trinity term brought the average waiting time down. The report cautioned that if the availability of counselling resources was not increased, “long waits will soon be the norm”, causing some students to have to wait until the following term to attend an appointment.

The largest proportion of students registered with the DAS are those reporting Mental Health difficulties (29%). Students reporting Specific Learning Disorders, such as dyslexia and ADHD, made up the next largest group at 25%. This reflects broader patterns across the higher education sector.

Female students were over-represented among DAS users. While they make up around 40% of the student population, over 50% of registered DAS users were female according to their “legal sex”. Students who identified their ethnicity as “white” were also over-represented, making up 72% of total DAS users while comprising 65.5% of the University population.

Students from Asian backgrounds were the most under-represented among the ethic demographics recorded. 19.5% of students identify as Asian, compared only 10.8% of DAS users.

The DAS report noted that the practices adopted by the University during the transition to remote learning created opportunities for improving the accessibility of teaching for disabled students. For example, the increased use of lecture capture and captioning, while being useful for all students, has “disproportionate benefit to disabled students”. In addition, the report said the move to remote assessments and diversifying assessment practices is more “accessible and inclusive of disabled students’ needs”.

Demand for support from the Sexual Harassment and Violence Support Service also increased, this time by 12% compared to the previous year. Two-thirds of students seen by the service were undergraduates. Undergraduates were most likely to report rape or sexual assault, which made up 54.2% of cases. Postgraduates were more likely to report stalking (20.7%) and abuse within relationships (10.3%).

‘Serious sexual crimes’, which include rape, sexual assault and stalking accounted for 60.8% of cases. Rape and sexual assault the most common incidents reported to the service, making up 50.6% of the total caseload. 26% of cases concerned experiences “external to the University”, including historic cases. The majority of people accused in reports to the service were male, with 41.1% of accused parties being identified as students at Oxford University. Of the 10.1% of accusations which were towards staff, all were reported by postgraduate students.

The report acknowledged that the Sexual Harassment and Violence Support Service was “disappointed not to make progress” on reducing waiting times as a result of increased demand and insufficient resources. The average length of time between first contacting the service and a student’s first appointment was eight working days. The report highlighted that the waiting time acted as a barrier to students accessing support, and added they hoped to see students within two working days “as standard”.

Gillian Hamnett, Director of Student Welfare and Support Services, said: “The COVID-19 pandemic has disrupted all of our lives including those of University students. Although these statistics reflect only the first few months of lockdown, the impact of the crisis is clear to see, particularly in the increased demand for counselling support outside of term time. We are proud to have been and continue to be able to provide lifelines to our students at such a time of crisis, including 24 hour online mental health support through the Togetherall platform. Supporting the wellbeing, safety and mental health of our student-body is a responsibility that we take very seriously all year round, and not just during timetabled teaching.

“At Oxford we are working hard to remove the barriers that disabled students face, and while we know there is more to do, the DAS approach to learning has inclusive teaching at its heart which means it is becoming easier for all students to access their teaching and learning.

“2020 was an incredibly difficult year, and the University is mindful that the pandemic is not the only event that may have affected our students’ wellbeing, particularly the killing of George Floyd and the issues raised by the Black Lives Matter movement. We are working to provide Student Welfare and Support Services that are both accessible and beneficial to students of all backgrounds and ethnicities, so that regardless of their experience all students are able to find the right support they need”.

Oxford Nightline is open 8pm-8am, every night during term time, for anyone who’s struggling to cope and provides a safe space to talk where calls are completely confidential. You can call them on 01865 270 270, or chat at oxfordnighline.org. You can also contact Samaritans 24 hours a day, 365 days a year, by calling 166 123 or emailing [email protected].