Issy Kenney-Herbert speaks to Luke Bateman about his poetry and creative writing. 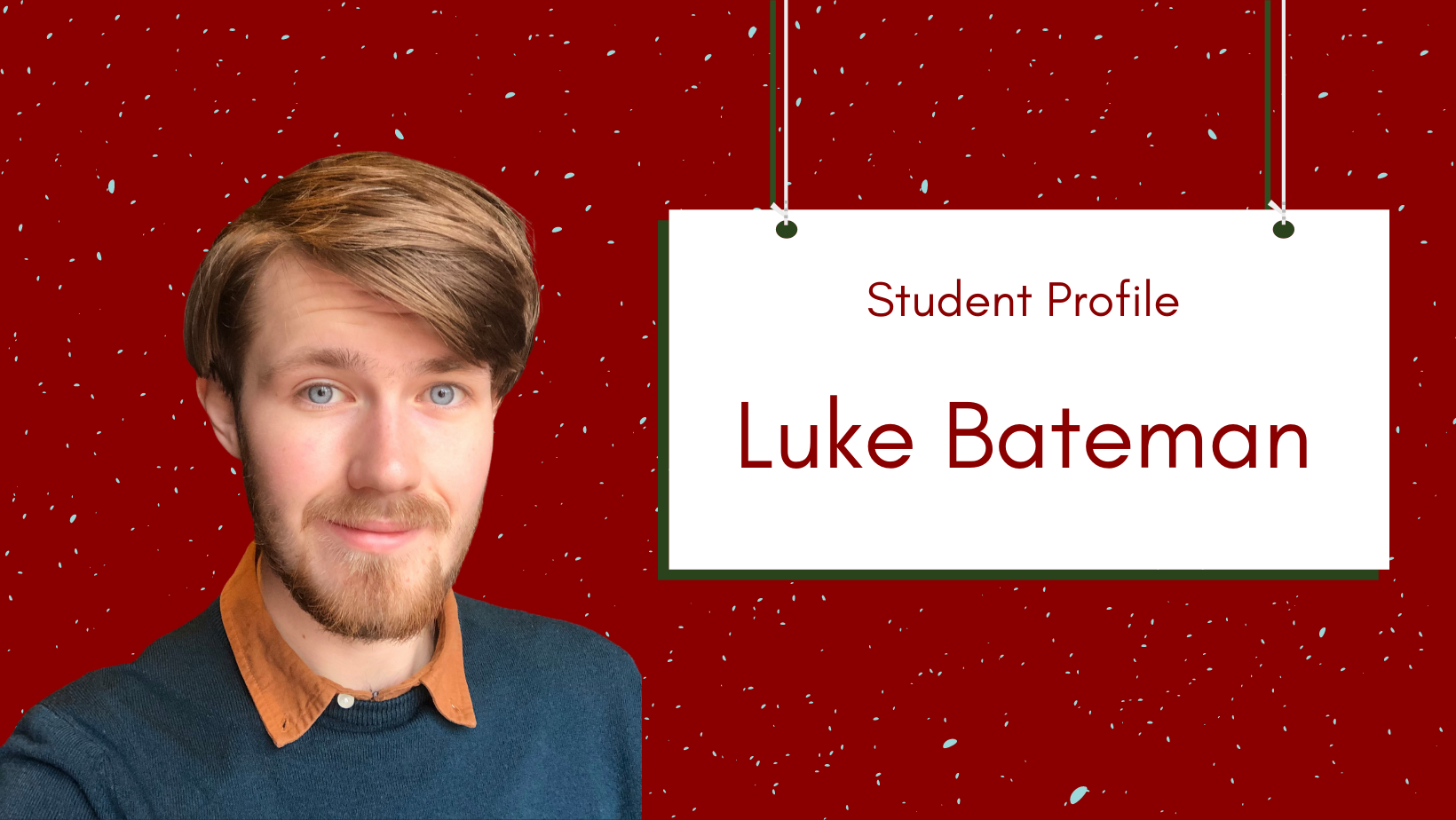 Joining this zoom call, Luke is sat in his childhood bedroom with a bookcase overflowing in the background. Luke immediately starts chatting and smiling, with a clear ability to put anyone at ease, even in online setting. This site is familiar to me as we both took a History module together last Trinity. Little did I know that lockdown had been such a creative time for him beyond those two-hour long classes we had each week – while I was binge watching Gilmore Girls for the umpteenth time, Luke was producing copious amounts of poetry and short stories…

Luke Bateman is a second year History student studying at Merton College, who also happens to be a prolific writer. He has been published in several journals for poetry including CP Quarterly, Jupiter Review and the Broad Street Humanities Review, and was also the winner of the Short Fiction Prize by Oxford Review of Books in December 2020 for a piece that he produced in the first lockdown.

Having read many of them, I start the interview asking about the multiple Tolkien references I found littered throughout his work. He lights up in delight when saying ‘I think anybody who is interested in fantasy has a massive debt to Tolkien. One of the major reasons I chose to apply to Merton College was because I found out that Tolkien had been there. I think the man’s incredible, obviously there are problematic elements to his work, but the sheer imagination of it. The poetry of the way he writes has always really appealed to me.’

When I ask what he is working on currently, he discusses a fantasy novel that is ‘very much Tolkien inspired with wizards and witches and a strong theme of environmentalism’ and continues to state that Tolkien has very much influenced his work. His passion for all things Tolkien is clear from the start. Yet, that passion does not subside throughout the interview. From discussing the topics of lockdown and the intensity of Oxford terms, to his aspirations for the future, he never once fades in his enthusiasm and optimism.

He mentions that poetry is a relatively new medium for him, which I didn’t expect – his poetry is the main body of his work that I read. He smiles and says ‘poetry is really something that I’ve got into as a result of being in Oxford. Before coming to University, I wrote maybe three poems in my entire life’, he laughs to himself as he recounts one of those times being for a poetry competition at his sixth form, which they eventually cancelled to his disappointment. However, as seems to be a theme with Luke, he managed to turn this situation into a golden opportunity later on: ‘I just put it away and didn’t think about it for a couple of years. When I got to Merton, I discovered the Merton poetry society and thought that since I had this poem that had been sitting there, it would just be silly to not take this opportunity. I submitted it and they were really kind about it, I went along to a meeting and met lots of really lovely people and thought – huh, poetry is kinda cool? And just got into it like that. If I hadn’t have come to Merton, I don’t think I would have pursued this route.’

We also discuss the viability of poetry with an intense Oxford term, with Luke saying ‘it is a lot easier to write a little ten line poem then sit down with the intention of writing the latest scene in a novel – poetry provides a creative outlet between essays’.

Whilst during Oxford terms, Luke mainly finds time for poetry, during the vacs he takes every opportunity to continue his lengthier projects: ‘this vac I have written two chapters of the novel I am working on, and it has been so lovely to disappear and be like “I’m going to pretend to be a witch!”‘

I ask if he finds his subject inspiring for the writing process – usually you would expect writers to study English and read novels. His reply is that of someone who has endless passion for everything he sets his mind to, and the ability to find creativity everywhere he looks: ‘we live in this world where so much has happened, the breadth of human creativity is so large, as a historian you read things and think that can’t possibly have happened, but it has. I come away thinking, well yes these are some great ideas for an essay but imagine putting them into a fantasy context…’

I explained to Luke that when starting student profiles, part of the idea was to spotlight the amazing work of students but also to help make some more things accessible. Luke is an incredible writer, has been writing throughout his life, but as he himself states, his degree at Oxford has changed the direction of his writing immeasurably. From inspiration from his degree to the environment of Merton College and the exploration of the medium of poetry to being published in the Oxford Review of Books. When asked what others could do to pursue a creative outlet whilst trying to get to grips with the Oxford workload, he suggests looking up and finding societies, such as the Merton Poetry Society: ‘you don’t need to constantly commit to doing absolutely everything, just take a chance. You might be led to the most creative thing you have ever done, or you might never think about it again. But just take that chance – what have you got to lose?’

Luke’s work is well worth a read and you can find it through his LinkTree.