A team of Oxford medicine students from Tingewick have climbed a total of 22,862m, which is over the height of Olympus Mons, the largest planetary mountain in the solar system and twice and a half times the size of Mount Everest, by running up Headington Hill over the weekend. The group also ran a total of 758.89km, which is equivalent to the distance from Oxford to Frankfurt. As of the 19th of April, the group have raised a total of £3762 for Oxford Hospitals Charity and Calon Hearts. The group are still looking for extra donations.

Tingewick is a charity run by Oxford medicine students which hosts a range of fundraising events across the calendar year, leading up to an annual pantomime at Christmas for hospital patients, a tradition which has lasted 83 years. Tingewick has 29 members, and many of them have been volunteering and working in Oxford’s hospitals over the pandemic. The group “also always do a big physical challenge”, which has included cycles to Paris and the Oxford Half, as Meirian Evans, producer of Tingewick Firm, told Cherwell. Their donation target was initially £1000, and they hoped to run the height of Mount Everest, but the team members managed to stunningly surpass those targets by enormous amounts. As a result of last Christmas’s pantomime not happening and given current difficult circumstances in healthcare, Tingewick firm has sought to go the extra mile in fundraising.

The charities Tingewick and fundraising for this year are Oxford Hospitals Charity and Calon Hearts. Oxford Hospitals Charity supports NHS staff in Oxford working on the pandemic frontline through funding extra psychological support. The charity also funds specialist equipment for patients. Calon Hearts is a charity chosen in memory of Issie Mogg, a “much-loved and greatly missed friend and medical student of Oxford University” who unfortunately passed away suddenly of an undiagnosed heart condition in 2018. Calon Hearts is a charity which works to tackle heart disease in Wales by placing defibrillators in communities and delivering the training of CPR and defibrillation as well.

Runners in the event were rotated and given breaks across the 48 hours in order to give them time to “refuel on both food and sleep” and ran in pairs to keep motivation levels at a high. Most runner groups also ran in 3 or 4 hour time slots, with friends lining up along Headington in support of the run. Lucy Denly, one of the event’s organisers, told Cherwell prior to the event, that she was particularly nervous of “people missing alarms and failing to wake up for their 3am shifts”. The bar has been raised for next year’s physical challenge.

The group is always looking for donations from the student community and wider. You can visit their website for donations. 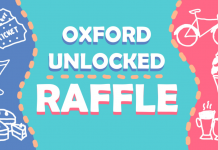