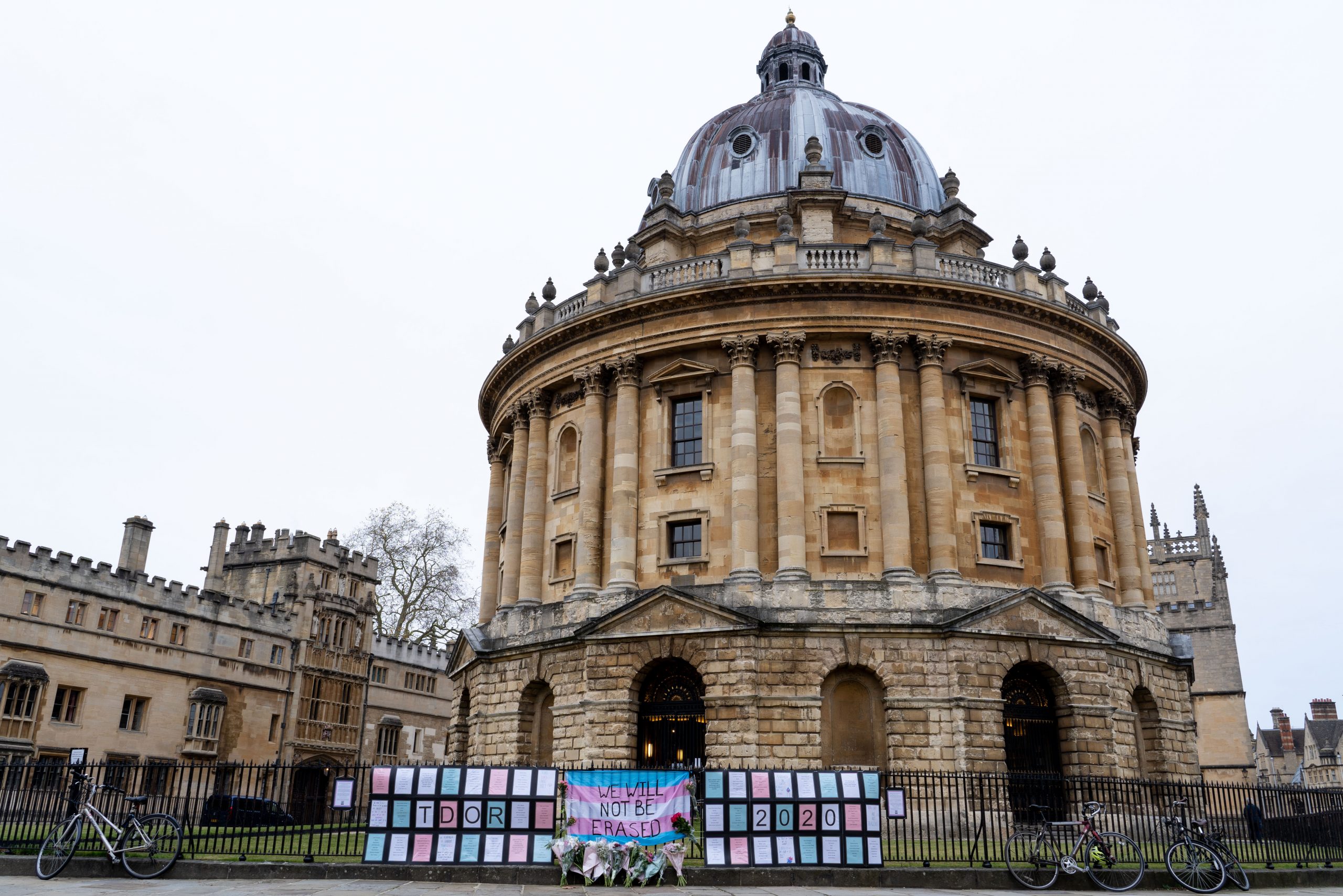 Last Friday morning, a group of students woke up at 6am to set up a memorial in honour of Transgender Day of Remembrance. Elliot Brooke, one of the organisers of this memorial, said the intent “was to honour the trans people who passed away this year”.

Attached to the railings of the Radcliffe Camera, a trans pride flag with the words ‘We Will Not Be Erased’ alongside two large assortments of posters featuring the names of the 242 victims of violence against trans people in 2020 so far. The remaining 108 known victims are unnamed.

Speaking to Cherwell, Elliot Brooke emphasised the significance of this memorial with regards to how the trans community is often neglected, stating: “There was something cathartic, healing and empowering about putting something together that was going to get people’s attention for a community that is often ignored and forgotten.”

For trans and gender-non conforming people, the last year was one of the deadliest on record and a 6% increase in reported murders from 2019. As the statement alongside this memorial noted: “Unfortunately, we must recognise that the true number is likely far greater than 350, as often the death of many transgender and gender-non-conforming individuals goes unreported. In addition, this number does not include trans individuals who may have taken their own lives as a result of the transphobia they face from a society in which prejudice against them is still very much ingrained.”

Since January 1, 2008, the TMM project has monitored reports of transgender murders. Since then, the number of cases recorded reached a total of 3665 in 75 countries and territories worldwide. In the US, 89% of those killed were trans or gender-diverse people of colour.

All of the organisers expressed a sense of solemness and grief they had putting up the memorial. River Deng, another of the organisers behind this and Oxford’s Queer Week 2020, had another message: “This memorial also represents that there are people who care.” He went on to say that this week has highlighted that “trans love is the most important thing to me, out of all this grief and loss our community suffers and will suffer, no matter what, people will come together to love each other”.

The statement at the memorial affirmed the need to “recognise that allowing transphobia to persist in any form, overt or otherwise, renders us complicit in the rising rates of violence against the global transgender community”.

Pax Butchart, one of the organisers involved with this and Merton’s Trans Awareness Week, said to Cherwell that “Oxford is a city that is quite divided on this issue” and went on to say that while “Oxford can be proud of itself this week, it shouldn’t get complacent about how much work there is to be done”.