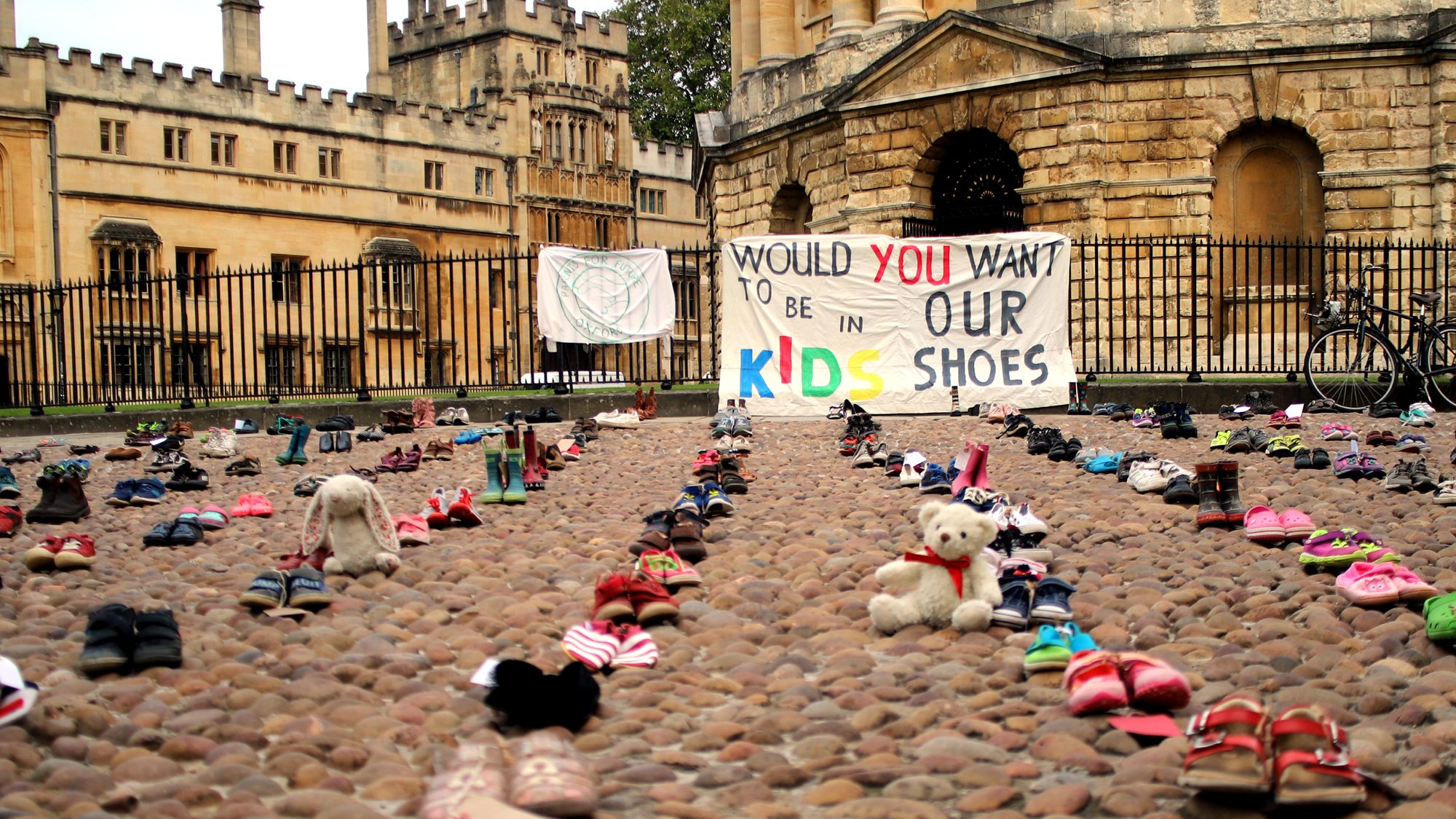 A ‘Shoe Strike’ organised by Parents for Future Oxford, in support of youth climate strikes and the future generations who stand to be most impacted by Climate Change, took place last Friday morning in front of the Radcliffe Camera.

In accordance with government regulations, only six members of the organisation met to set it up. They laid out 177 pairs of shoes, some with notes attached stating hopes and fears for the future. These were accompanied by a sign that read: “Would you want to be in our kids’ shoes.”

The symbolism of the shoes was to represent both those unable to protest due to COVID-19 restrictions and future generations who will be the most impacted by Climate Change.

This was part of a global movement that saw parents joining youth climate strikers taking part in a global day of climate action on September 25th 2020. Parents from Brazil, Nigeria, India, Australia, Poland, Israel, UK, and Germany all took part in the day to support their children in the fight for climate action.

Speaking to Cherwell, Rowan Ryrie of Parents for Future UK said the intended impact for the ‘Shoe Strike’ was “to try to engage more parents in recognising that we need to take action for our children’s generation. Although activism isn’t something that necessarily comes naturally to parents, in the current situation we are in with climate chaos getting worse, all parents need to be able to speak up… to raise the issue as an intergenerational issue.”

Alongside this strike, Parents for Future Oxford is encouraging people to take action digitally by writing to MPs about supporting the ‘Future Generations Climate and Ecological Bill’, and taking part in the ‘Fridays for Future Digital Strike.’

The organisation, Parents for Future, was launched in 2019 by a network of parents inspired by Greta Thunberg and the Fridays for Future movement. There are now over 130 groups in more than 27 countries working to engage adults on the issue and normalise climate activism amongst parents.

Since the art installation, there have also been further donations of shoes to the cause and these, alongside the shoes that were part of the installation, will be donated to charity. The organisation has noted that they have spoken specifically with refugee charities as a potential destination for the shoes.