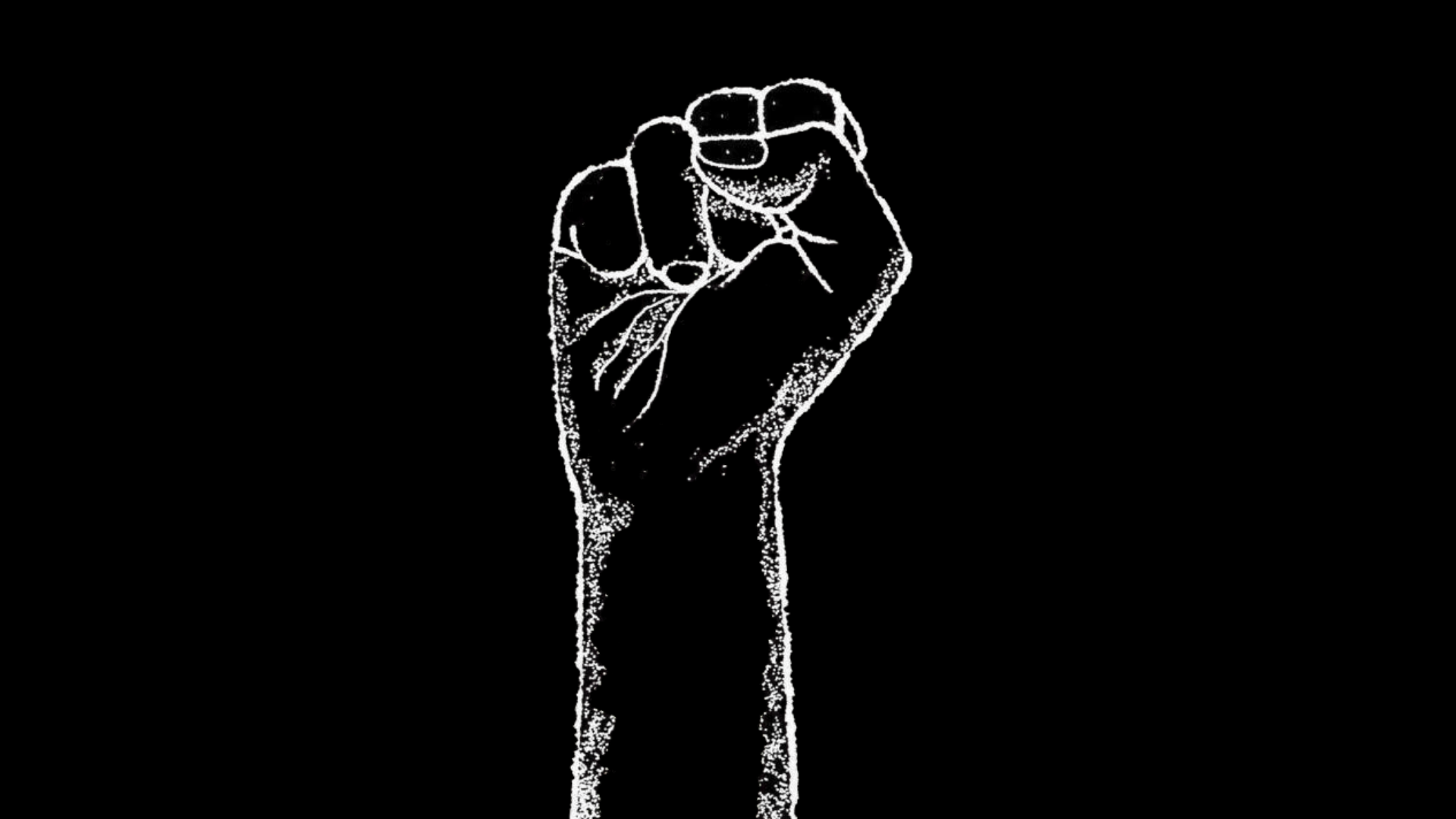 These were the chilling final words of George Floyd, spoken with Derek Chauvin’s knee pressed to his neck. Despite George Floyd becoming quickly unresponsive, Chauvin’s knee remained there for 8 minutes and 49 seconds. According to an independent autopsy, George Floyd’s death was a homicide, caused by  “asphyxiation from sustained pressure.”

Chauvin is no stranger to gross misconduct. He has reportedly been involved in three instances of police brutality during his tenure, and was placed on leave in relation to one of these instances in 2011. He has even had 17 complaints filed against him. Yet, he was allowed to continue wearing an officer’s uniform. Tou Thao, one of 3 other police officers who watched Chauvin kill George, was sued in 2017 for use of excessive force and has 7 complaints against him.  Yet, he too was allowed to continue ‘protecting’ the community. It is ironic that the people meant to protect were the ones who killed George Floyd.

“I can’t breathe,” were the same words that Eric Garner uttered in his final moments in July 2014. Floyd and Garner’s words are not the only similarities in their cases. The police officer who killed Eric, Daniel Pantaleo, was also involved in lawsuits related to racially-charged misconduct dating back to 2013. It’s also important to note that the case against Pantaleo was dropped in 2019 on Attorney-General William Barr’s orders, allowing him to walk free. These tragedies prove what many of us have known for a long time: the criminal justice system in America is broken.

This isn’t just an ‘America-only problem’. There is a reason that the saying is ACAB (all cops are bastards), not ‘some-cops-in-some-countries-AB.’ In Australia, David Dungay’s cries of “I can’t breathe,” in his prison cell in 2015 echoed the cries of Eric Garner. This parallel is even more striking in that the officers involved were cleared of wrongdoing by a coroner last year. In 2018, Black Indigenous Australians made up 2% of the population, but were overrepresented within the inaceration system, making up 27% of the prison population.

Though it may surprise you, the UK is far from innocent here. Olaseni Lewis, in 2010, could not breathe. Neither could Sean Rigg in 2008, nor Christopher Alder in 1998, nor Shiji Lapite in 1994. According to the Independent Office for Police Conduct (IOPC), there were 276 deaths during or following police contact in the 2018-2019 financial year. Just last week, the IOPC launched an investigation into the use of excessive force by police officers in the West Midlands. All this really makes you wonder whether we need our very own ‘Mapping Police Violence’ website.

Chauvin may have been charged with second-degree murder, but the underlying issue behind all of this will not disappear with him behind bars. Distressingly, the consequences Chavin faces are the exception. 99% of killings by police officers committed between 2013-2019 have not resulted in any criminal charges.  Similarly in the UK, a report from the Runnymeade Trust shows that no police officer has been convicted in relation to a death since 1971.

Racism in the UK is not restricted to the police force though. It reared its ugly head when a man claiming to have coronavirus felt it was okay to spit and cough at Belly Mujinga, who later died due to coronavirus. Mujinga had disclosed her underlying health condition to her employers and was afraid to go to work. Despite this, she was not excused, or even given PPE to protect herself from the virus. This is a fear many of her colleagues have echoed, with Govia Thameslink Railway only providing employees with masks seven weeks after the spitting attack.

I don’t have to prove that we see racism right here in Oxford too. No one has forgotten that we live in a city where the ‘Colonial Comeback’ cocktail was once thought to be a good idea. People still remember the way Ebenezer Azamati was treated, and that POC members of the standing committee elected soon after said they felt like tokens. Even in the wider Oxford community, we saw a racism-related attack during Eid in 2017. While these examples may seem few in number, they are symptoms of the wider problem that many of us have the privilege of closing our eyes to.

Following George Floyd’s death, social media was flooded with the stories of Black people who live in fear of being the next hashtag. American Activist Tarana Burke shared the story of the time her partner (in her words, “a 6’3 Black man”) was interrogated rather than assisted by the police when his own car was vandalised. In another incident, her partner refused to carry a bright pink and red shopping bag for fear of being profiled as a theft suspect. As a non-black person, I have never had to stop and think about things like this. But such considerations are the invisible equivalents of Chavin’s knee, pressing on the necks of members of the black community worldwide.

The effect of racism can also be seen in the response to the protests in the US. We have all seen people condemning the riots, but we have to be more informed before forming judgements. According to Professor Stott, an expert in crowd behaviour and public order, whether protests turn into riots is “largely to do with the nature of the way police treat crowds.” He also suggests that violent protests are targeted and meaningful events, and can be an “expression of power” for disenfranchised black citizens.

Donald Trump’s “when the looting starts, the shooting starts” tweet (since removed after a warning from Twitter), is the same call made by the 1967 Miami Police Chief Walter Headley, who used the phrase to introduce his ‘get tough’ policy on policing in black neighbourhoods. The quote was said to have been a significant factor in instigating the 1968 Miami Riots, which killed three people and led to the arrests of 222 people. According to press accounts found by Igor Volsky, this policy also led to every seven out of ten young black people being mistreated by the police in Miami. This serves as a reminder that we must remain critical of the attitudes expressed by those who currently hold power.

Whether you believe that the prison system as a whole must go or not, one thing is clear: the issue of police brutality will not go away until every Derek Chauvin no longer lives in a world which allows him to believe that any person is beneath him because of the colour of their skin, which allows him to act on such a belief by being a cop, or which allows ‘good cops’ to remain silent when they see their colleagues exhibiting racist behaviours.

As a non-black person, it is not enough only to feel outraged by racism when we see George Floyd being killed. In Angela Davis’ words, “[i]n a racist society it is not enough to be non-racist, we must be anti-racist.” Writing this article does not give me an excuse to stop learning. Far from it, in fact. We can all take time to learn more about black history, the effects of colonisation, white privilege, and how the ‘Model Minority Myth’ and internalised racism from non-black POC contribute to black oppression. We can all share the resources we find helpful in learning about these topics with our friends, rather than only posting #blacklivesmatter on our Instagram stories. We can all ask our college officials what they are doing to make college more accessible for BAME students.

We often do not see racism as, in Peggy McIntosh’s words, we were “taught to see racism only in individual acts of meanness, not in invisible systems conferring dominance on [our groups].” None of us are perfect, and there is no shame in admitting that, but we all have the power to be better. Although being taught how to be more informed on things we care about is not unique to being in Oxford, we all undoubtedly have a platform and privilege as students at the University of Oxford.

So ask yourself this: how will you use your platform when it matters the most?

The question of protest in a post-pandemic world