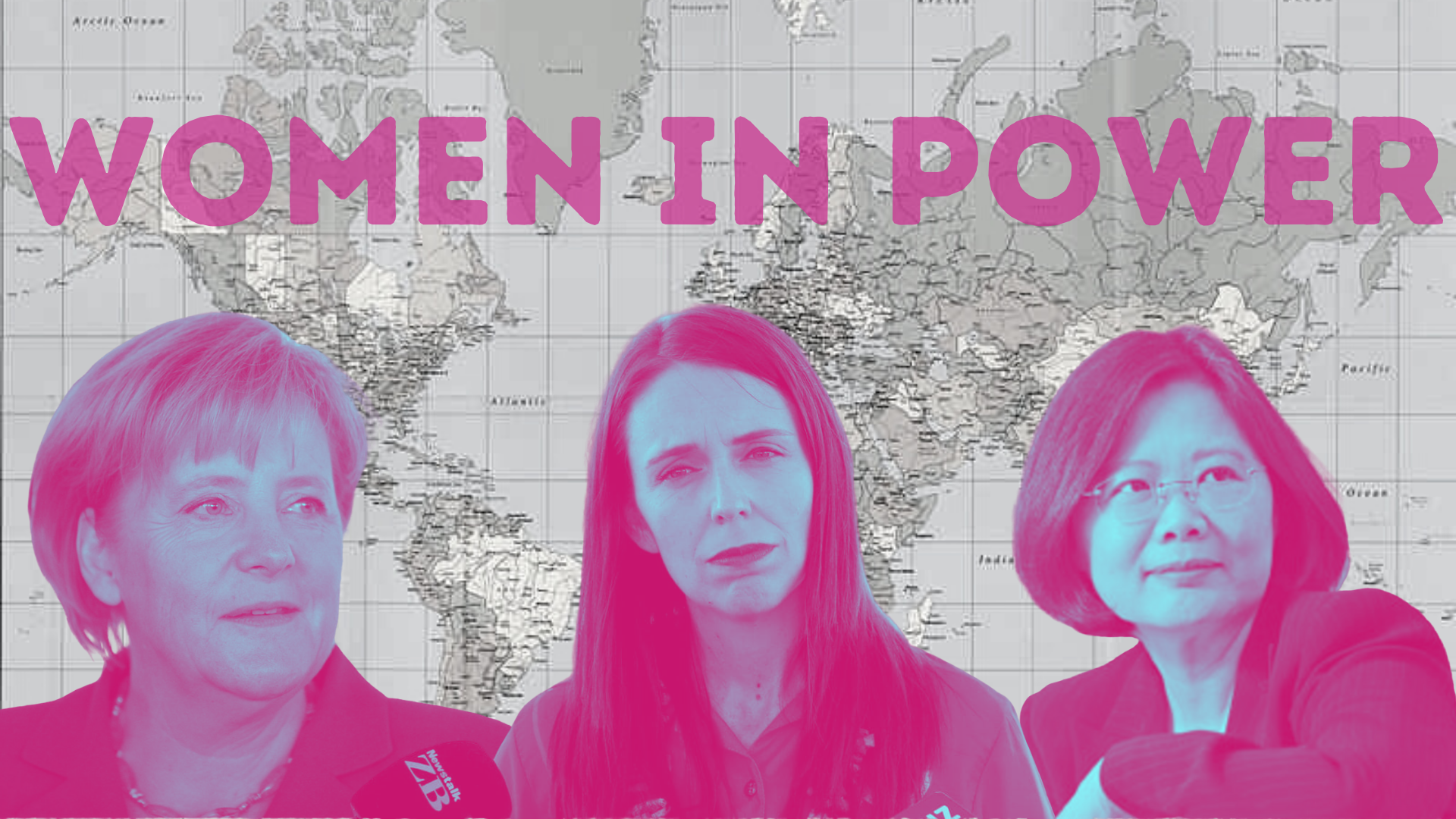 Taiwan, New Zealand, and Germany differ greatly in size, resources, and culture, yet they all have two things in common: female leaders and internationally praised responses to COVID-19.

As of 29 April, Taiwan has just 429 confirmed cases and 6 deaths. President Tsai Ing-wen has led Taiwan’s response to the virus, swiftly implementing protocols to prevent coronavirus from spreading. As early as January, Tsai banned travel from many parts of China, increased face-mask production, and introduced island-wide testing for the virus. Tests are free, as Taiwanese citizens have universal healthcare. There are daily briefings with medical officials and legal consequences for spreading misinformation about the virus, so citizens are up to date and well informed. Tsai’s policies have been so successful that Taiwan is now contributing to the global prevention of the virus by sending masks to the United States, Italy, Spain, and several other countries.

The government of New Zealand chose to work towards eradicating the virus instead of simply slowing it. New Zealand prime minister Jacinda Ardern instituted a strict, country-wide lockdown on 26 March. Ardern communicates with New Zealand citizens in daily briefings and Facebook live sessions, allowing time for the press to ask questions as well. The New Zealand government created a four-level alert framework which helped citizens understand the stages of what was happening. Their initial lockdown had level four restrictions, meaning only grocery stores, pharmacies, hospitals, and gas stations could open. They are currently down to level three restrictions. Ardern has announced that the virus has been eliminated from New Zealand, though they will continue prevention methods until there is a vaccine. New Zealand is the only ‘Western’ country that chose elimination over mitigation. Ardern and her government made it clear at every step of the way what was happening, by speaking to the public daily, answering questions from the press, and creating an easy-to-understand system to contextualise stages of virus elimination.

Unlike New Zealand and Taiwan, Germany was hit hard early on by the virus. In Germany 100,000 people have been infected, but the percentage of fatal cases is far lower than in other European countries. Chancellor Angela Merkel has imposed strict social distancing measures, expanded hospitals, and introduced widespread testing. Germany began widespread testing early on and has performed far more tests than any other Western country. This allows authorities to slow the spread of infection and doctors to treat patients before they deteriorate. This testing is free for patients, a measure that encourages people to come in and get checked. Chancellor Merkel has communicated clearly and frankly with German citizens throughout the epidemic, stating early on, “It’s serious. Take it seriously.”

All of these successful responses share three traits: early action, communication, and empathy. Tsai, Ardern, and Merkel all put their countries in lockdown at the beginning of the crisis and all supported mass testing. They have each put an emphasis on communicating with the public and updating people on their respective prevention plans. These women publicly acknowledged the challenges and severity of this situation. They have also worked to bring people together while still apart. Testing is free in these countries and people are not prevented from seeking treatment by financial barriers. All of these politicians currently have high approval ratings. Compare these responses to countries with leaders who downplayed the virus early on, have unclear prevention plans, and regularly argue with the press. Countries with leaders who are covering up early mistakes or continuing to minimise the severity of the coronavirus threat have faced a large number of cases and higher mortality rates.

Despite the different circumstances of their respective countries, Tsai, Ardern, and Merkel are using similar tactics and finding internationally noted success. They are proving the political value of communication and empathy. Sociologists have found that people associate such characteristics with female leaders and tend to underestimate their value politically. The lesson from this is not simply to elect more women, though that wouldn’t hurt. The lesson is to appreciate traditionally feminine problem-solving techniques in a crisis. Female leaders are often pressured to fit a specific, inherently impossible concept of womanhood which includes upholding patriarchal, male leadership structures. These successful responses are evidence of what happens when we give women real power, instead of tokenising them or pressuring them to adhere to masculine leadership techniques.