CherwellIndependent since 1920.
Comment The Land of the Free: Anti-Lockdown Protests Sweep Across America 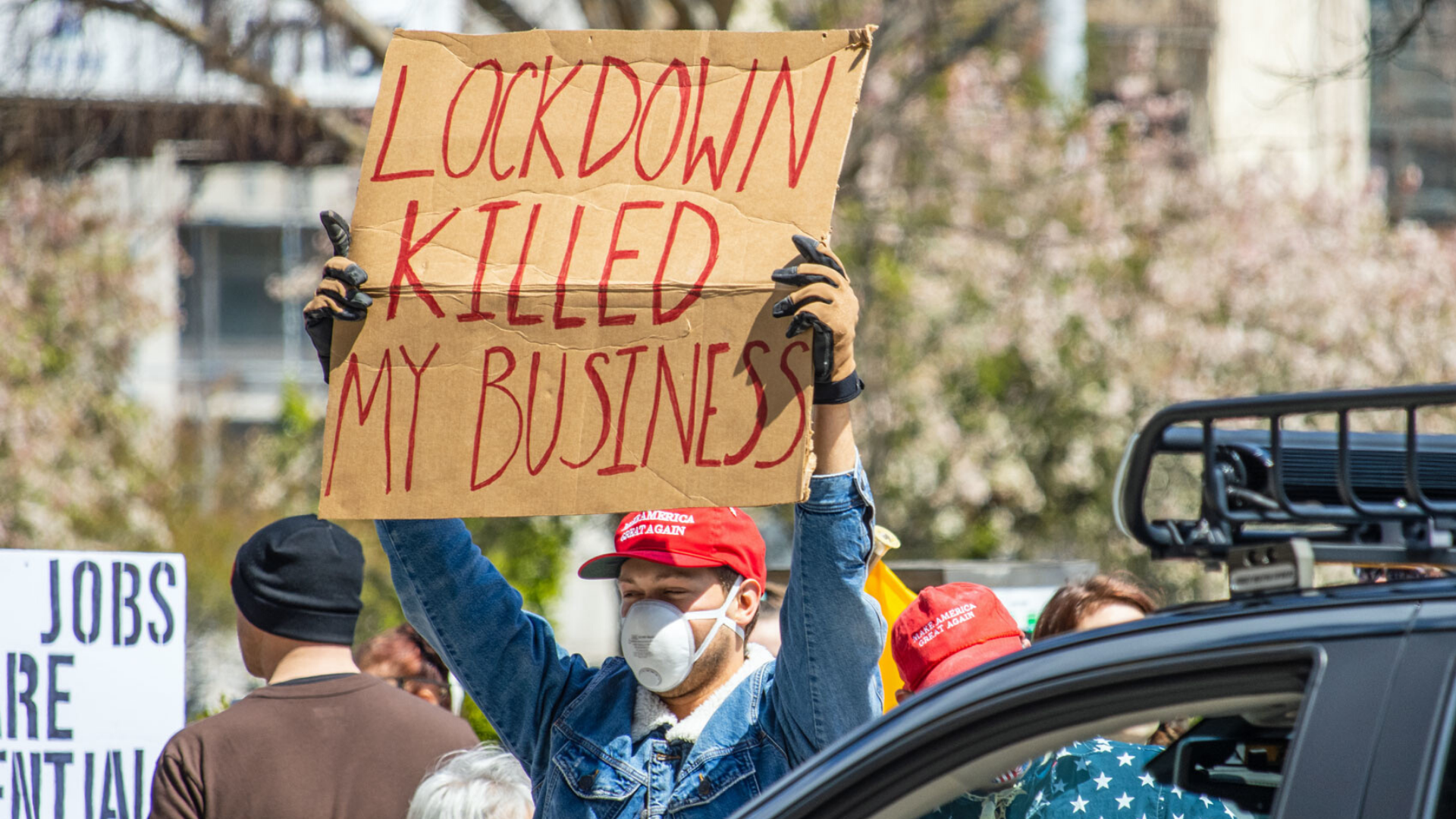 The beginning of another week in lockdown for one third of the global population has brought with it a proliferation of ‘anti-lockdown’ protests, focalised in the US. Despite the US currently holding the highest recorded number of coronavirus cases and deaths in the world – numbering over 1.1 million and 66,000 respectively – anti-lockdown protests have burgeoned in numerous states, including California, Ohio and Washington.

1st May saw New York’s first anti-lockdown protest, with thousands taking to the streets to criticise the government’s imposition of stricter containment measures. Such protests are underpinned by the desire for ‘liberty’ from lockdown; and yet, the poignant irony of staging an anti-lockdown rally in a city with 13,000 recorded coronavirus deaths is not enough to highlight to protestors the moral and ethical consequences of their method and demands.

Anti-lockdown protests present a twofold infringement upon the rights of others, denying people the ability to protect both their own health, and the safety of their family. While the right to protest is a crucial democratic freedom, in the current climate the nature and aim of these protests threatens other more fundamental rights, predominantly to health and to life. The ‘freedom’ espoused by these protests runs counterintuitively to the right to life enshrined in the American constitution. As such, a ‘freedom’ protest which threatens the basic liberties of others can be seen as ethically and logically self-negating.

The debate underpinning these protests is not as binary as ‘lockdown’ or ‘liberty’. In the current circumstances, it is unfeasible to envisage a society in which the pre-outbreak freedoms of all individuals remain intact; if lockdown were to be lifted – which is the ultimate aim of these protests – the ensuing situation would deprive the most vulnerable members of society of their basic right to life. In such a scenario, physical ‘freedom’ is surely tainted by the moral repercussions of knowing that negligence can, and will, endanger the lives of others.

Considering this potential outcome, the opportunity cost emanating from temporarily circumscribed physical liberties is validated by the associated ability to protect the health and save the lives of many. A key positive which has emerged from global containment policies – and threatened only by a minority of ‘anti-lockdown’ protestors – is a shifting conceptualisation of liberty as something fundamentally communal.

In the US, statistics demonstrate a significant reduction in road traffic in major cities (for example, 67% in Los Angeles and 75% in San Francisco in March). In the UK, road traffic has fallen by 73% and national rail journeys by 77% in comparison to pre-outbreak levels. Likewise, mid-March statistics for global air traffic show a 48% reduction in scheduled flights corresponding to the same week in 2019. These figures demonstrate a consistent and widespread understanding of the need for individual liberties to be subsumed by the more urgent requirements of the communal in this period. The current pandemic has helped re-conceptualise freedom as a communal entity rather than a personal possession which, when over-stepped by some, detracts from the rights of others.

In a democratic context, freedom is often taken as synonymous with equality. The Covid-19 pandemic has complicated this association, demonstrating that conceding to anti-lockdown protestors the kind of freedom they request will in fact lead to greater inequalities between the healthy and vulnerable in society. Such disparities are augmented by emerging evidence of the discrepant socio-cultural impact of the virus, which could be further exacerbated by lifting restrictions at the wrong moment. While lockdown is certainly not without its own subset of financial and social repercussions, we should trust that a regulation seemingly functioning paradoxically to democratic principles will, in these circumstances, benefit society in the long run. Feeling isolated is unequivocally a natural response to unprecedented social constraints; but lockdown is ultimately a communal sacrifice, which will engender communal benefits.