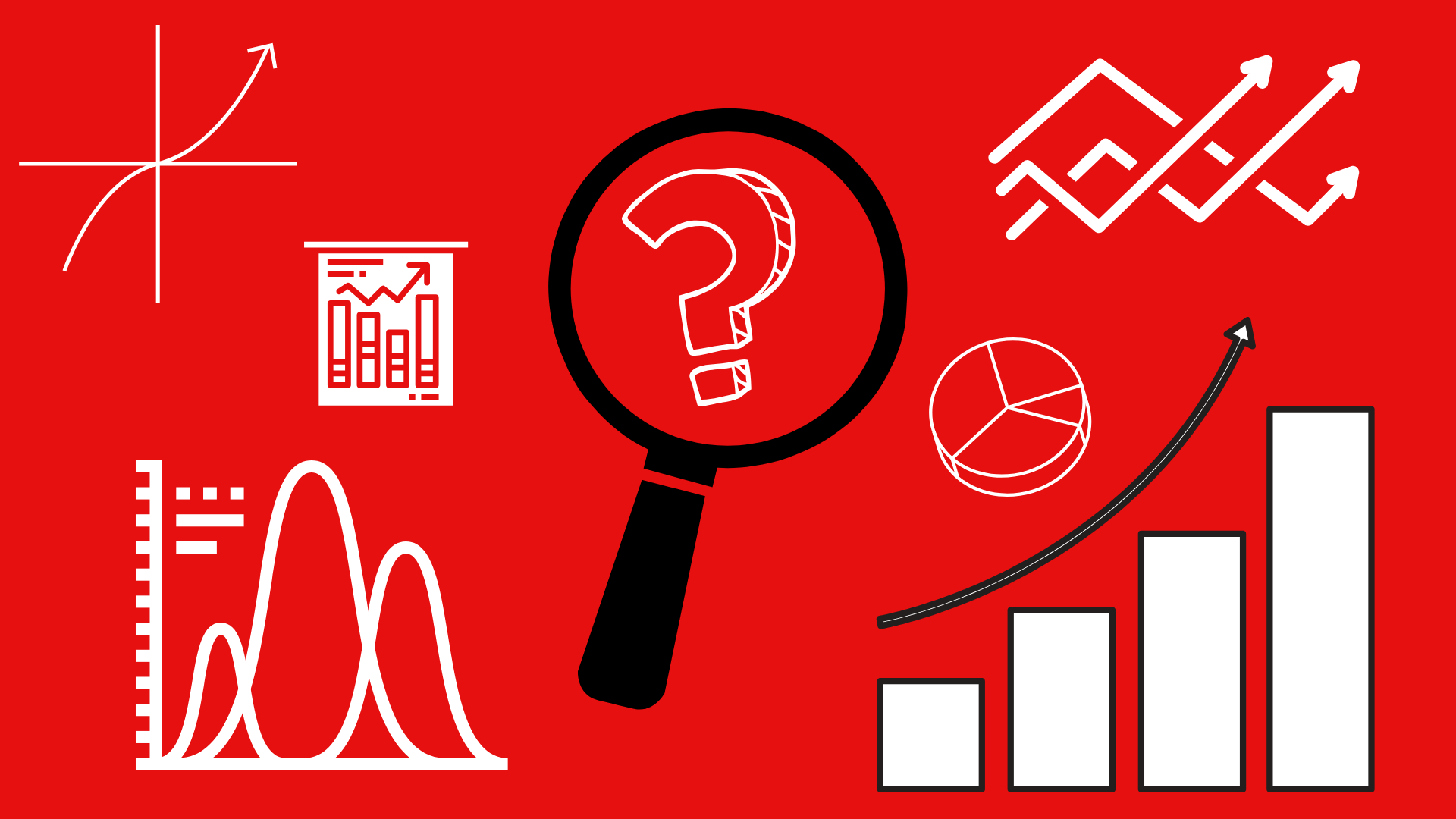 “Flatten the curve!” is the oft-quoted justification for social distancing. It’s a good one, and made more appealing because the graph is one we can easily understand. By changing the rate of infection we can prevent hospitals from being overwhelmed and making hard decisions about whom to save.

It is comforting in a crisis to trace curves, to track data, to feel like you’re on top of day-to-day changes in the situation. But this crisis has revealed a lack of true numerical literacy, among both the media and the general population.

On April 16, UK cases passed 100,000. It was a major milestone, yes. However, something that neither those reporting on it nor Public Health England mentioned was that finally cases had reached something of a linear growth rate: about the same number of cases were being reported per day, rather than that number steadily increasing.

More frustratingly, nowhere on the PHE site are “rates of change” mentioned. But they are crucial; it’s how you can understand whether the situation is, you know, changing. Our news sources do not report on it, partially because it’s less ‘click-baity’, and partially because neither the journalists nor the readers understand the concept properly.

Everyone—everyone—should know basic calculus. Calculus is derivatives and integrals–what happens if you look not at the curve, but how the curve is changing? This can be done for simple lines, for complicated polynomials, for exponential and linear functions. Less important than knowing the derivative of tan(x) though is that through calculus, you gain an intuitive apprehension of key concepts. If we understand the maths, we understand the process.

I am sure many of you have seen the option on COVID-19 graphs to switch to a logarithmic view. Logarithmic (log) functions are useful because exponential functions (that crazy wild curve up) are hard to eyeball. Log functions make them linear, something our brains can grasp. When the log function is a sloped line, you have a constant exponential increase. When it plateaus off, you have a linear increase. Knowing a decent amount of maths, I understand the relationship between a log and exponential function. But for people who do not, a log function does not actually make things easier to interpret, when that’s what it should be doing.

That interpretation matters. “100,000 cases” sounds terrifying. “Cases hold steady at 5000 per day” is reassuring, because that is a situation under control. Our hospitals can target their capacity to manage 5000 cases and reopen the nation in such a way that we remain at that level.

There are a dozen other important factors in this pandemic that maths is essential for understanding. What analyses are used to define at-risk populations? What is the time lag between exposures and cases and deaths? How important are the dangers of false positives in widespread antibody testing?

The data we do not understand makes us more uncertain. Unless we can look at a graph and interpret it ourselves, we will fall prey to people trying to spin the situation, whether it is ‘this is the disease of the century’ or ‘this is no worse than a flu.’

More than questioning the media’s representation, we must critically examine the data itself. The more scientific terms exist in the title of a study (“serological tests”, “heparin dysfunction”, “qPCR” when I scanned through PubMed), the more likely we are to trust it, or perhaps to avoid thinking critically. Yet data, especially data published in a rush, is quite unlikely to be reliable. Science is constantly disproving itself, and that’s its greatest strength…when everyone is well-versed in the area of study and can pick apart flaws. But to most people, for whom science only emerges as headlines during a crisis, this is brushed aside.

Looking back at the H1N1, or swine flu, outbreak in 2009, three different studies ranged from 30% to 70% in their estimates of how many people had ultimately been infected by the strain. So how can we expect to have any reasonable amount of certainty on COVID-19? Sometimes, it is best to stop overanalysing the science and focus on delivering care to people who need it.

There is also not always a “single answer”. Infection fatality rates, the ratio of infections to deaths, will not be the same worldwide even if every country had perfect screening. Infection rates depend on social distancing and population demographics. Fatality rates depend on quality of medical care. For example, in the Middle Ages the risk of death from the bubonic plague was 70%. Today, with modern antibiotics, the risk is only 5%. Diseases are context dependent. Parallels cannot be easily drawn between different situations, and for COVID-19, in a developing situation, we should be suspicious of not only the data but also heavy-handed attempts to contextualize it.

This means being wary of comparisons to the swine flu/Spanish flu/SARS/MERS/[insert plague of choice]. The virus shares features with all of them to a greater or lesser extent, but it is a separate emerging disease with an individual pathology.

This also means challenging the bodies publishing statistics. China avoided alerting the international community when COVID-19 first broke out; North Korea denies infection entirely. Though these are extreme examples, every governing body will have its own small biases. Bias and misrepresentation will become important again as pharmaceutical companies and universities (yes, even our own beloved institution) compete to bring a vaccine to the market.

Statistics matter. Mathematical relationships matter. If you want to brush up, Khan Academy is a good place to start. We cannot all be epidemiologists, but we can know our maths and question data. Our ability to understand the world depends on it.

Some helpful videos about the maths of COVID-19

https://www.youtube.com/watch?v=Kas0tIxDvrg one of the best videos for an overview

Logarithms specifically the videos on the log/exponential relationship

Logistic growth or the curve you see with COVID-19, and one of the most common models of growth in nature

Bayes’ theorem of conditional probability (video) which helpfully uses a flu metaphor, and will become important because of the likelihood of false positives in antibody testing