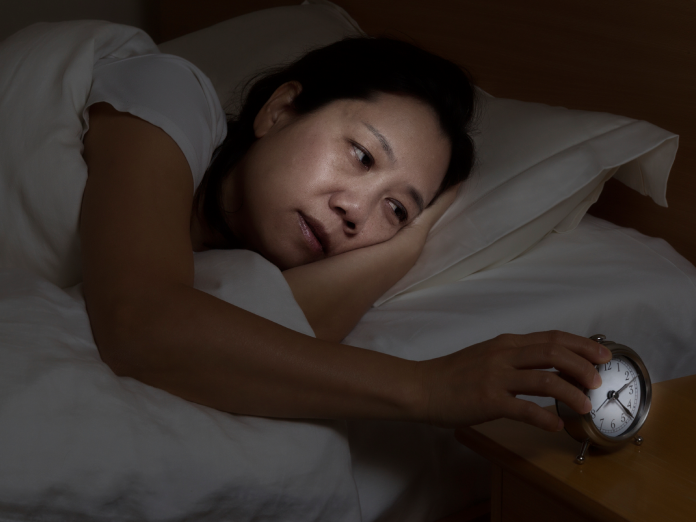 This may sound familiar.
Five political prisoners are locked in a gas chamber in 1940s Russia. In a military-sanctioned experiment, the subjects are kept awake for fifteen consecutive days with an airborne stimulant. While the first few days pass relatively normally, things then start to escalate dramatically. Starting with hour-long bouts of screaming, the experiment is ultimately terminated early when the prisoners start violently disembowelling themselves and eating their own flesh. When the stimulant is switched off, however, they beg hysterically for it to be turned back on. When they ultimately fall asleep, they die.

At various levels of gore and apparent credibility, The Russian Sleep Experiment was a popular urban myth, reposted tirelessly in 2015 on the then notorious creepypasta. The story and the website have since subsided into the dark, forgotten corners of our cultural memories (with good reason). But the idea behind the story in many ways embodies the enduring societal anxiety about the fundamental role of sleep.

Insomnia sufferers might find a resonance with the disguised cautionary tale – bar the disembowelment and questionable eating habits. At the very least on the level of being stuck in a room night after night, staring at the same ceiling and wondering if you’re steadily losing your grip on reality. The Sleep Experiment taps into the very fear that, ironically, keeps a lot of insomniacs up at night: what happens if you never get to sleep?

Though everyone can sympathise with having a sleepless night or two, for those who do not struggle with the sleep condition, it is hard to comprehend exactly how detrimental an effect it can have on your quality of life. While the urban myth is hysterical and unfactual, the effects of sleep deprivation are very, very real. From fatigue, short term memory problems and irritability on one end of the spectrum, to difficulty communicating, depression, paranoia and hallucinations on the other, everyday tasks move from challenging to insurmountable.

As someone who has suffered from chronic insomnia since an early teenager, I also know how completely isolating it can seem. Feeling too exhausted to join your friends on nights out, only to hear them come back again at 5 in the morning because you’ve somehow failed at the apparently effortless task of falling asleep again – is disheartening. Being made to feel like a drug-pushing degenerate because you’ve gone back to your doctor to ask for sleeping pills again – is degrading. And at it’s worst, putting on a brave face during a tute while you’re sleep-deprived brain is projecting neon-coloured triangles around your tutor’s head – is terrifying, not to mention quite distracting.

Most of all however, the emptiness of those early hours in the morning, as your brain goes over mundane details again and again, chants snippets of song lyrics, composes letters to your gran you’ll never write, revisits conversations from weeks ago, conjures up small anxieties and projects them onto the inside of your eyelids with inescapable vividness, all make you feel utterly alone. In the oppressive darkness of your bedroom, you fight a demon by yourself that everybody else can call a friend – or just doesn’t even think about.

Except that’s not true. According to some studies 22% of people in the UK struggle to fall asleep every single night. An additional 15% report struggling to get to sleep at least once a week. In a single month in 2019, the NHS issued 438,399 prescriptions for Zopiclone, one of the most commonly used sleeping pills. Yet despite affecting over a third of the population, awareness surrounding the complications arising from sleeplessness is limited, and there is very little in the way of online supportive communities as there are with many other prominent health conditions.

The availability of and accessibility to help is the bigger dilemma, however. For one, the approach to insomnia varies dramatically from doctor to doctor. Under some, patients are condescendingly reprimanded about their sleep hygiene, essentially dismissed with the instructions to do some more sport and have a hot drink before bed (and sure, for some this may be a solution). Others leap immediately to the prescription pad and hand out Zopiclone and other sleeping pills after a 3-minute conversation.

This is despite the fact that in 2012 the Great British Sleep Survey established that those taking sleeping pills have a poorer wellbeing and associated with “greater feelings of helplessness, loneliness and being out of control.” GBSS urged the medical and psychological field to pour more funding and research into non-drug solutions to insomnia, but the reason behind the reluctance to do so is painfully apparent. Melatonin, while it does not work for everyone, is an experimental alternative to traditional sleeping pills with no known long-term complications such as developing tolerance or addiction. It costs the NHS £22.70 per prescription. Sleep programs including CBT and sleep clinics no doubt cost a lot more. Zopiclone costs them 66p per prescription.

Recently, GPs have started indicating that the NHS might be cutting back on their facilities for sleep health, including sleep clinics for physical sleep conditions such as sleep apnoea and narcolepsy. In the absence of free treatment facilities, doctors have started directing patients to private sleep clinics. Of course, this is only an option for those who can afford it. Even the NHS online port of call for insomniacs, a program called SleepStation unflinchingly presents itself as a two-tier system, providing the option to ‘Request free NHS referral’ or ‘Buy now’.

There’s no doubt that this will lead to inequality in the distribution of health services. Not to mention the fact that it will ultimately cost the NHS more money to address the long-term physical implications of chronic insomnia cases, which can lead to diabetes, cardiovascular disease, anxiety and depression and drug or alcohol dependence.

My doctor, conceding that when he had last contacted the only NHS-run sleep clinic in Oxford, they had told him their specialist had left several months ago and they were unable to find a replacement, has also made the suggestion of private sleep clinics. He made a good-humoured joke about hoping I had rich parents and when I suggested to pay for the treatment with my student loan, instantly protested. But this is the position that the growing privatisation of “periphery” health facilities will be putting a lot of students in. And they’ll be removing the choice entirely for those in positions less fortunate than myself.

Sleep is a fundamental need. Sleep is not just for the rich. Surely, we should not unprotestingly be heading towards a world in which sleep quality becomes an indicator of wealth. To me, that sounds just as nightmarish as the Russian Sleep Experiment.

The life-sucking vampire: exams and the logic of capitalism