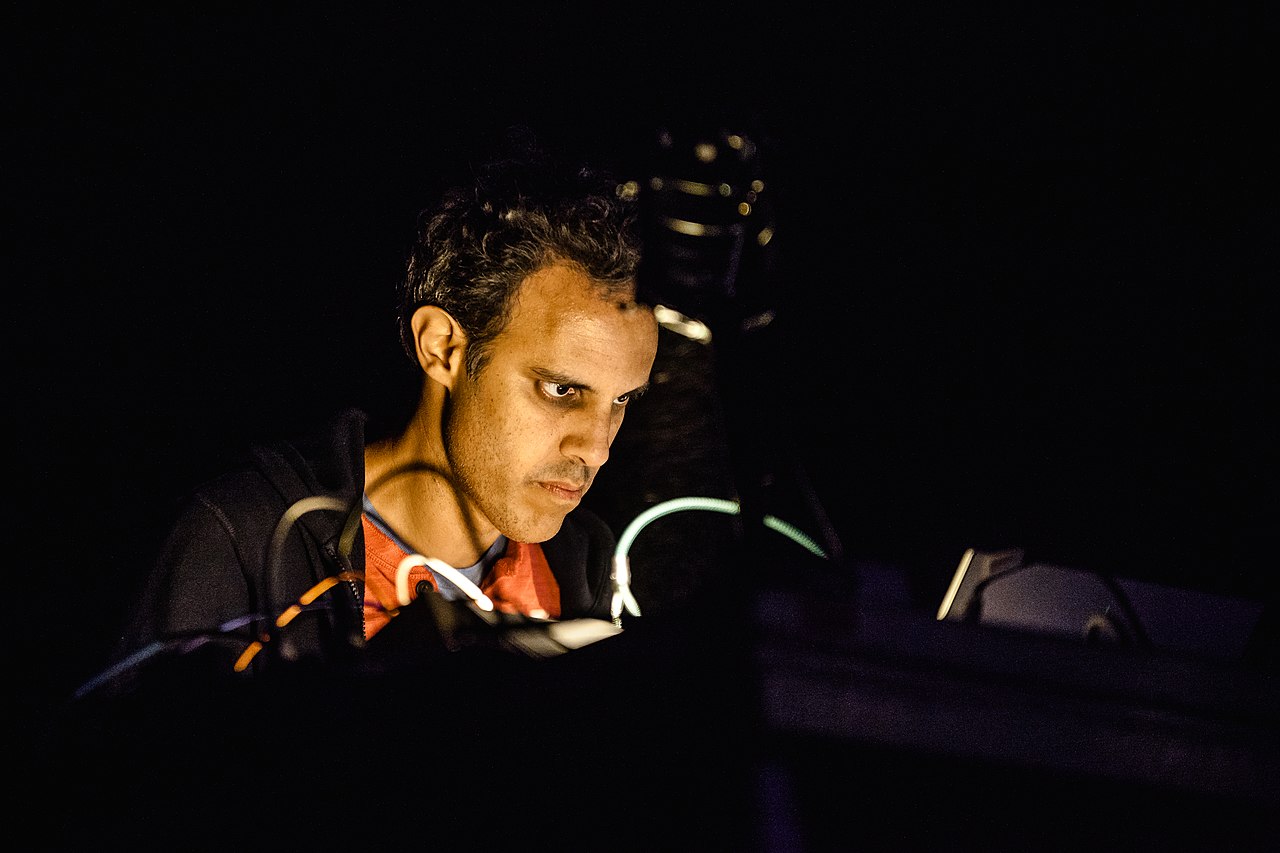 Few genres of music (jazz excluded, perhaps) are more able to capture the intricacy of human movement and physicality than dance music. The opening tracks of Four Tet’s latest album do just that, reminding us why the UK producer has become such a celebrated live act. On ‘School’, Kieran Hebden masterfully constructs melodies that extend, protract, reach out like limbs before collapsing back in on themselves, while ‘Baby’ is sensual and intimate, a chopped vocal sample (courtesy of who else but, er, Ellie Goulding) laid naked over a fragmented beat. Yet these indubitable dance bangers also have a certain naivety, evident as ‘Baby’ breaks down into a naturalistic idyll of tentative synth and birdsong. The simplicity of one’s surroundings is a recurrent point of reference for Kieran’s new material.

Sixteen Oceans is the latest in a steady stream of album releases from Four Tet. While perhaps not worthy of the label ‘prolific’, Kieran has maintained an astounding level of consistency over 20+ years as a musician, his work equally experimental and emotionally resonant enough for him to have become a household name amongst critics and ravers alike. Sixteen Oceans is both virtuosic and breathtakingly simple, offering a timely musing on youth, nature, and growth; here, each of the sixteen tracks is an ocean, something for the listener to traverse, to contemplate, to immerse themselves in.

The pace slows on the next pair of tracks. The titles of ‘Teenage Birdsong’ and ‘Romantics’ both evoke the purity and innocence of youth, and the music has a dreamy, stripped-back quality, largely thanks to Kieran’s penchant for acoustic instrumentation. ‘Teenage Birdsong’ pairs a rolling breakbeat with a panpipe solo before fading out in a drowsy rallentando. ‘Romantics’ is lullaby-esque: washed-out synth, bubble-gum vocals, and plucked strings mingle with the unmistakable chimes of a musical box. Kieran’s approach here is deliberately simplistic; the tape-loop beat could easily have been lifted straight from Portishead’s Dummy.

Yet this dreamy style of arrangement is far less effective on ‘Love Salad’, which seems to sink too far into the ambience. Different melodies and layers do emerge from the track’s muffled, submerged beat over its 7-minute duration, but all too quickly they cower away and withdraw again. It’s a ponderous track, at times more like an iPhone alarm tone than any striking form of dance music. Something resembling a payoff does eventually arrive, but ‘Love Salad’ (as with some of Sixteen Oceans’ other more reserved moments) lacks the sort of visceral attack seen in the work of emerging UK producers such as Loraine James and Kelly Lee Owens.

Fortunately, ‘Insect Near Piha Beach’ offers an upshift in tempo, clicking into gear with a more rave-oriented beat and decisive arrangement. Jagged hi-hats underpin breathy vocal samples and a repeated raga motif which shimmers before dissipating into kaleidoscopic fragments. The track’s more hallucinatory qualities provide one of the most ecstatic moments on the album. Listening, you can imagine yourself stumbling out of a beachside party, hand in hand with a loved one. The sun rises over the water. The endorphins flow.

‘Something in the Sadness’ is a slower burn but sustains the emotional momentum of the previous track. Twinkling, winking synth pads fuse with stabs that have all the texture of a bowed cello string: only the thudding bass drum keeps the whole track from falling apart. Careful layering of sounds here gives a greater sense of contemplation and introspection, which also comes across on several of the ‘interlude’ tracks that appear throughout Sixteen Oceans. While some of these are fairly nondescript and contribute little to the flow of the album, instrumentals such as ‘ISTM’ are beautifully fragile; here, the birdsong motif returns, intersected by moody piano. ‘Bubbles at Overlook 25th March 2019’ feels meaningful too, with Kieran observing the ephemerality of his surroundings. We hear the bubbles swell into life and burst almost immediately, their existence necessarily fleeting.

Sixteen Oceans takes us back to nature, reminding us of a simpler state of being. We’re repeatedly transported by recordings of birds chirping or of leaves rustling underfoot; ‘4T Recordings’ gives the impression of spectating the dawn chorus from behind a wall of glass. Four Tet draws us out of the chaos and anxiety of our minds, giving us a brief, soothing moment of serenity which is all the more precious given the current state of isolation so many of us find ourselves in, stuck inside and left to battle with our own thoughts as we are. Kieran himself communicates through his Instagram that “it’s a relief…that I released an album at this time that I made to have a peaceful mood. Music helps me cope with everything.”

The final track on the album is perhaps the best, ‘Mama Teaches Sanskrit’ being a tribute to a 5000-year-old language and to Kieran’s Indian family heritage – something of a sister track to ‘Ba Teaches Yoga’ on 2013’s Beautiful Rewind. The resonating synths again seem childlike: sensitive, curious, eager. The mother’s voice enters, warm and lyrical, followed by an infant’s sing-song imitations. It’s an interaction which symbolises the purity of childhood, of a fresh, inquisitive mind starting to learn from its environment – perhaps the time where a human life comes closest to emulating the simplicity of nature. Four Tet has become a master of capturing such moments. At times, this is an album which seems to speak the language of human existence itself.