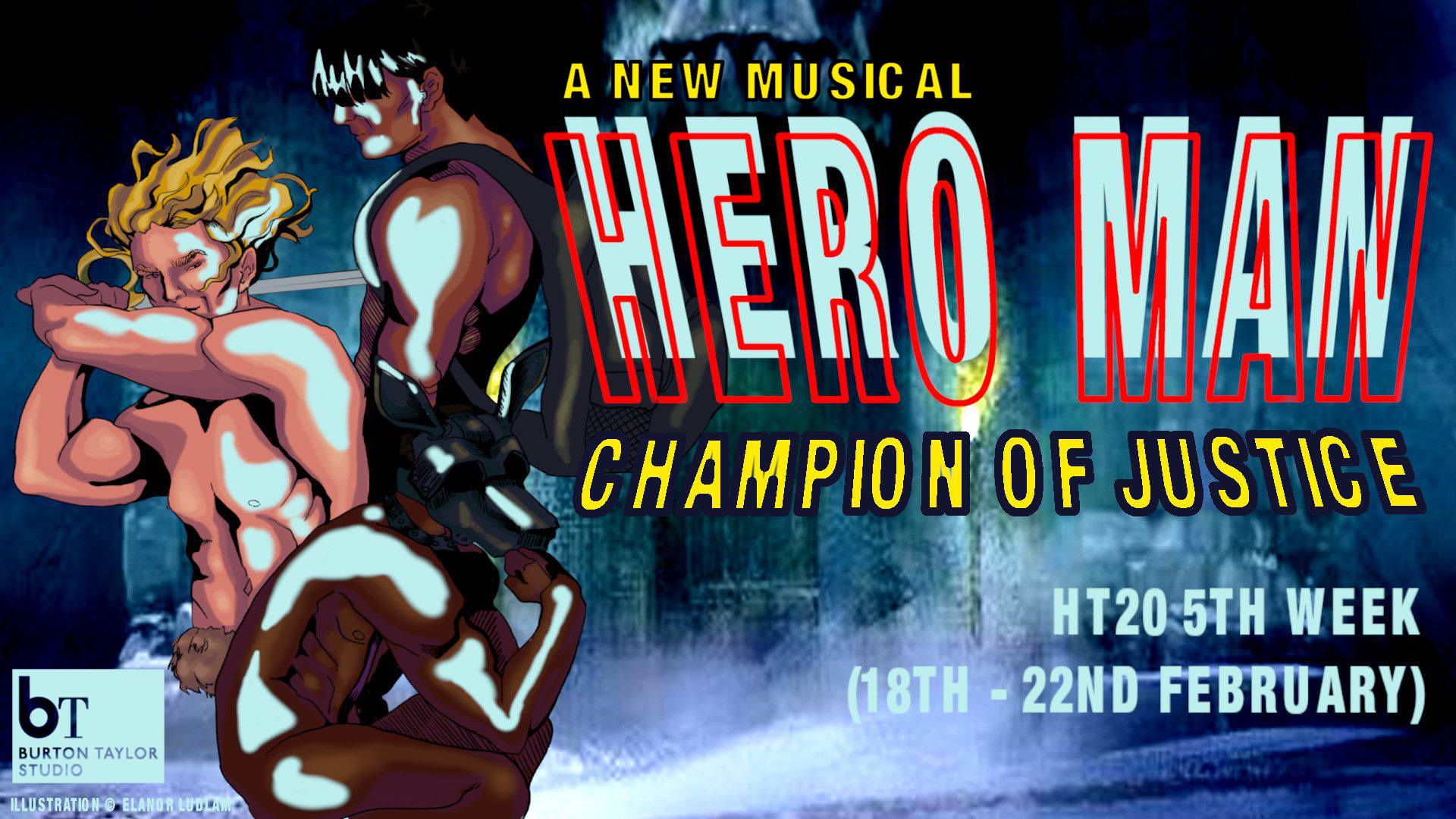 How flawed are the moral dynamics in children’s superhero cartoons, and can we critique them through the medium of rock opera? These are the questions which new student-written musical Hero-Man: Champion of Justice aims to answer, co-directed by Lowri Spear and Raymond Douglas and premiering at the BT Studio this week.

From its tightly choreographed opening number, Hero-Man’s Theme, the show attempts to break down and expose the limits of superhero morality; the eponymous hero, portrayed by Reef Ronel, is immediately described in the song in hagiographic terms as ‘courageous and relentless’ and a ‘defender of the helpless’, and is placed in stark good-evil opposition to Joel Fernandez’s comically villainous Reklaw – this clearly delineated morality will inevitably become more blurred and corrupted as the show moves towards its deeply ambiguous conclusion. It soon becomes apparent that the show’s riffing on the tropes and mythology of the superhero genre is more important than its actual plot; the story itself appears to revolve around conflicts over several elaborately described gadgets and alliances which shift very rapidly given the show’s 45-minute runtime, but the satire is tight enough and the music (composed by Douglas, Spear and musical director Nicholas Heymann) sufficiently bombastic that the perhaps unnecessarily convoluted plot shouldn’t faze audiences.

Every familiar aspect of this particular genre of children’s television is satirised – there are the hollow motivational statements (‘nothing is stronger than the power of belief’), and a fourth-wall-breaking awareness of the limits of episodic TV when Hero-Man laments to his sidekicks that even though ‘every week we catch him’, they will still have to come back the following week to catch Reklaw again. Moreover, not only does every character unabashedly fit an archetype from the superhero genre, they also seem gleefully aware of the role they fill in the narrative; Tim (Martin Lindill), Hero-Man’s trusty sidekick along with Zap the Dog (Sarah Davies), proclaims proudly that he is ‘just plucky comic relief’. This type of satire serves both to revisit a genre that is nostalgic for many people and to critique its simplistic tropes and approach to morality, but the character of Sinep (Sophia Heller), a cunning female villain who seduces her way into Hero-Man’s secret control room, was where this reviewer felt that the satire could have been better thought out. The idea that a cunning and sexually attractive woman can be a hero’s undoing rests squarely in the misogynistic assumption that female sexuality is equivalent to destruction; it would therefore have been pleasing if the writers had fleshed out Sinep as a character and used her to probe and question the femme fatale archetype rather than just playing it straight. This being said, Sinep’s solo, Sinep’s Theme, was beautifully sung by Heller and its lyrics had some interesting insights into the loneliness and loss of individuality inherent in becoming a hero.

Though Hero-Man could have simplified its storyline and refined its satire in certain areas, ultimately it serves as an interesting opportunity to revisit tropes from childhood with a critical gaze, and to probe more broadly ideas about moralising media and about what it means to be good and evil. 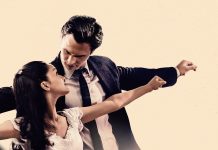 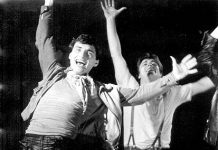 ‘To help us survive’: On Stephen Sondheim 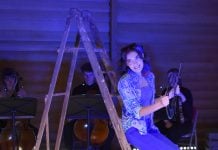