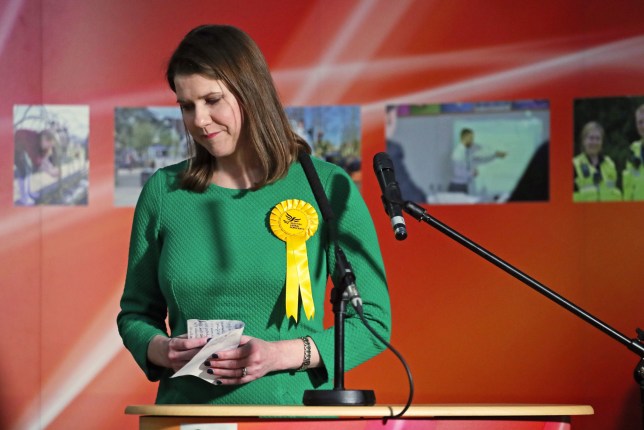 On 12 December 2019, I didn’t vote with pride. For me, putting a cross beside ‘Liberal Democrat’ gave me that same sensation as going to bed at 9pm on a Saturday or listening unironically to Taylor Swift: one of those unglamorous yet innocuous activities you pray your cooler acquaintances will never find out about.

Late on election night, as the exit polls rolled in and my peers hatched plans to launch a Marxist revolution from our university accommodation, I dreaded that my vote had provided a gateway to a Tory victory and forestalled any opportunity for radical change by splitting the opposition. The aftermath soon made things clear.  Swinson’s campaign had flopped and it seemed as though I and other Lib Dem supporters had sacrificed our votes to a gaggle of smug Tories. The question was: how had this prime opportunity gone so wrong for the Lib Dems?

Brexit, as ever, was the standout issue. The Lib Dems proposed several good and pragmatic policies, from raising £7 billion for the NHS via a penny increase in the income tax to setting concrete renewable energy targets for 2030. Yet those two big, unfriendly words on the front of their manifesto -“STOP BREXIT” – drowned out the rest of their campaign. The Lib Dems’ commitment to revoking Article 50 without another referendum was fatal to their chances: the move not only incensed swathes of Brexiteers but rendered the very title of ‘Democrats’ pitifully ironic in the minds of many Remainers as well. Somehow the party that marketed itself as the voice of reasonableness were bracketed by their target voters as extremists.

Predictably, in staunch pro-Leave regions the party made no gains. Yet even in London, where they’d bagged on new talent and cosmopolitan internationalism to win them seats, their campaign bore no fruit. Labour defectors, Chuka Umunna and Luciana Berger, and ex-Tory, Sam Gyimah, each failed to win seats in the capital (though, admittedly, in Umunna and Berger’s cases, by relatively small margins). And, of course, Swinson’s 149 vote defeat to the SNP in East Dunbartonshire was the icing on the cake of Lib Dem humiliation. The party’s vote share may have increased from 7.4% to 11.6% from 2017, but its leader’s loss in her own constituency demonstrated the fragility of the Lib Dems’ cachet as the pro-Remain party in an election fought on Brexit lines.

Indeed, Swinson’s leadership posed challenges for the Lib Dems from as soon as she took up the post in July. Practically unknown to the public before that point, she experienced all the downsides of her relative obscurity and none of the perks. Not only did Swinson lack a strong public image during the election, she was nonetheless haunted by her track record from the Cameron-Clegg coalition, under which she had voted in favour of the infamous rise in tuition fees and against certain public spending policies like raising welfare benefits.

Watching the Question Time leaders’ special in November, public indifference to Swinson was palpable. While there were Corbyn and Johnson fanatics on either side, the Lib Dem leader was hard-pressed to induce even a smattering of polite applause from the audience. Swinson had pushed for this election, but by mid-November, her earlier claims to be “a candidate to be prime minister” in a nation where “change is possible” already appeared hollow and embarrassing.

While I’m sure there must be some evangelical Lib Dem supporters out there, the party has failed to inspire faith, let alone fervour, in its voters since the days of Cleggmania. Instead, it serves as a safehouse for the disillusioned: a place for those who are horrified simultaneously by Johnson’s special brand of bigotry and lies, and Corbyn’s culpable inactivity, particularly on the issues of Brexit and anti-Semitism within the Labour party.

Lib Dem support in this election was therefore confined, in many cases, to tactical voting. Yet as we saw on the 12th, clumps of sheepish Lib Dem supporters in a disparate range of constituencies could never procure them landslide electoral gains within the first-past-the-post system. Though the Lib Dems won 11.6% of votes, they currently hold just 1.7% of seats, testament to their perennial position as the second or third choice in the vast majority of constituencies.

Unfortunately, in this election, the tactical vote played into the hands of the Johnson, splitting the anti-Tory vote between Labour and the Lib Dems. In the case of Sam Gymiah, Thursday’s results were particularly jarring: the Conservatives’ Felicity Buchan beat Labour’s Emma Dent Coad in Kensington by just 150 votes. Had Sam Gymiah not snatched up 9312 votes for the Lib Dems, Kensington would have stayed out of the hands of the Tories. Yet on the other side of the coin, the same argument can be made against Labour in the neighbouring constituency of Westminster, where Chuka Umunna came in second and Labour’s Gordon Nardell third. Either way, a lack of clear direction in such seats on which party would provide the best tactical voting opportunity against the Conservatives proved a winning formula in their victory.

When voting Lib Dem in the current climate, you likely do so on the basis of a lesser of two (or, in this case, three) evils approach, rather than with any expectation that the party will be able to their policies into practice. Paradoxically, the answer to both the Lib Dems’ small gains and their overall failure in this election was its status as the party for the ambivalent and uninspired. In the second general election of my life, I hope that I will be freed of this ambivalence; that next time around I will be able to step up to the ballot box and draw my cross besides a party in which I have real faith; that I will not settle once again for begrudging acceptance.

In between practicality and principle: a partial observer’s advice for the French left