Why has basketball not taken off in the UK? 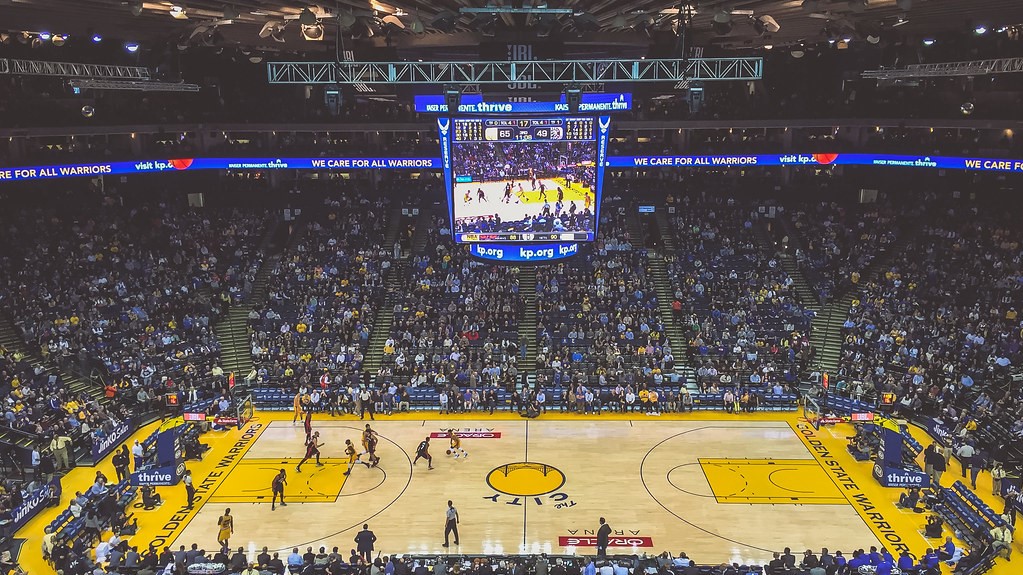 This year’s NBA Finals Game 5 saw the Golden State Warriors clinch a dramatic 106-105 away win on Tuesday evening against the Toronto Raptors to keep the best-of-seven series alive. With everything on the line, this was a game that had it all: dramatic injuries, momentum swings and a last-gasp comeback to keep the Warriors in the series at 3-2 down going into game six.

This was an undeniably thrilling spectacle which had as much drama as that which we value, say, in this year’s Champions League semi-finals, yet there are far too few British sports fans who take an interest in this type of spectacle. There is the sense that there are too many basketball sceptics in Britain, whose fingers-in-ears attitude is similar to that of American sports fans who declare that “soccer” will never take off in the US.

Given that basketball, of all American sports, is the one that British sports fans are most sympathetic to, it is difficult not wonder whether any American sports – let alone basketball – will ever fully catch on in the UK. Perhaps it is the case that in each society there is a limited amount of space for popular sports. Once a particular sporting culture has established itself and the country’s sports fans’ conscience is occupied by particular sports, there is a diminished capacity for interest in additional sports. So why do the US and the UK have divergent national sporting consciences.

This links historically back to American Independence and the efforts made by the country to distinguish itself as a unique democratic and capitalistic society. Since sport plays such a central role in society, the urge to adopt national sports different to those of Britain and Europe has ultimately led to the predominance of gridiron football, baseball, basketball and ice hockey in the US.

Alongside these inherent differences in sport between countries, there are further fundamental incongruities in sporting norms between the US and the UK: a draw is a relatively common result in British team sports, whereas US team sports (of which basketball is a perfect example) often send games into overtime to determine a conclusive winner and loser; European clocks often count up in sports matches and US clocks count down; American team sports matches are more stop-start (often divided into four quarters with frequent breaks) but high-scoring, while British team sports matches are often more on-going (with just two halves) but low-scoring; unlike sports in Britain, there is no system of promotion and relegation in American professional sports, instead the leagues are closed.

These differences between the popular sports of both countries, although minor, are so fundamental that they point to the crucial incompatibility of both countries’ sport consciences. There is a predilection for more constant excitement and gratification in American sports such as basketball, while there is a predisposition for anticipation, tension and momentary excitement in British sports.

Finally, there are key organisational differences between American and British sports. Sports are and have been organised, developed and practised in different contexts in both countries: that of schools, colleges and universities in the United States, and that of voluntary clubs and associations in Britain.

This has a significant effect on the organisation of professional leagues in both countries: in America the organisational system for the major leagues such as the NBA is surprisingly socialist in nature, with the salary cap, draft process and revenue sharing providing a relatively level playing-field for all franchises. In Britain, leagues are more capitalist in nature, with far more lenient rules and limits to salaries, transfer fees, club income and other financial matters.

The incongruities touched upon above are just a few general examples of the US and UK’s differing approaches to sport – predominantly team sports which dominate the respective markets. Looking back to the thrilling NBA finals game five between the Golden State Warriors and the Toronto Raptors with these fundamental differences in mind, it is tempting to think that basketball – alongside other American sports – will always struggle to fully ingratiate itself to the UK public and media.

However, you only have to look at some of the world-renowned celebrities who are currently invested in the outcome of this year’s NBA finals to realise that the sport can also attract a global interest and eventually become popular in the UK. Canadian rapper Drake is a Toronto Raptors superfan and has attracted a lot of attention in this year’s NBA Finals for his vocal support of his local team and his courtside antics. Beyoncé, Jay-Z and Metallica amongst other celebrities were present at the NBA Finals Game 3 in Oakland’s Oracle Arena the Wednesday before last, reconfirming the link between basketball and music superstars.

Many NBA players have also established links with famous football stars and clubs, and vice-versa, a move which is likely to bring about more of a mutual understanding and respect between different countries and these different sports. NBA legend and four-time MVP Lebron James, for example, owns a 2% share in Liverpool Football Club; he paid roughly six million pounds for his original stake in 2011 and, particularly because of the club’s recent successes, this is valued at upwards of £30 million at present. In the reverse direction, famous footballers such as Neymar and Paul Pogba are avid NBA fans.

So, if anything is going to bring the sporting make-up of the US and the UK together, the advent of the internet, globalization and the cult of the celebrity is the most likely.