A weekend to remember

What were the events you may have missed due to the Champions League final? 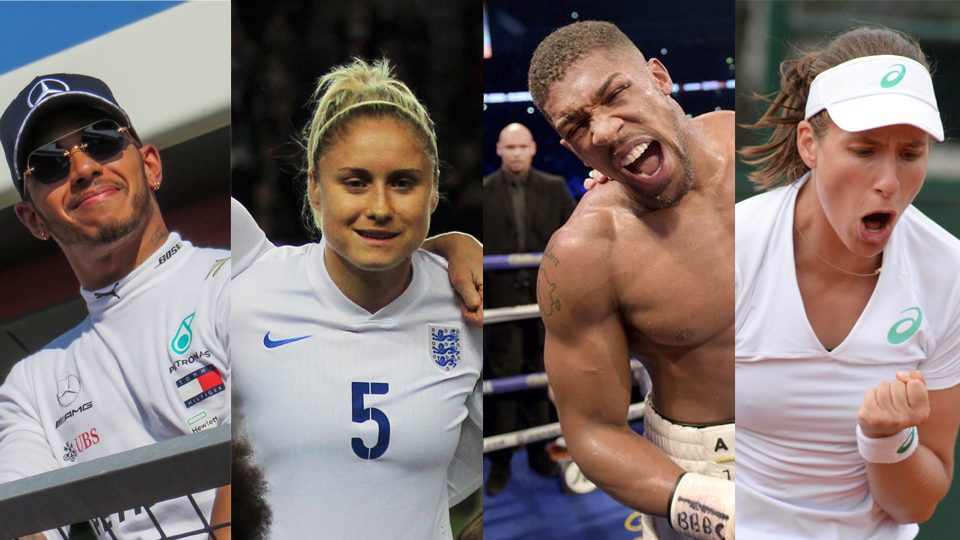 If anything, this year’s Champions League Final acted as a smokescreen (or more precisely a red flare) to cover the more exciting and controversial events of a jam-packed weekend for sports fans around the world. Liverpool’s 2-0 victory against Tottenham to seal the club’s sixth European Cup was a drab affair and an underwhelming climax to what many believe to have been the greatest Champions League season ever. If this was the case, then why was this such a memorable weekend?

First of all, the weekend was memorable for Anthony Joshua for all the wrong reasons as he suffered a catastrophic defeat in his American debut in Madison Square Garden at the hands of Mexican American boxer Andy Ruiz Jr – a man many had written off with Joshua being considered a 1-25 favourite and possessing clear physical advantages. However, the fighter, who some had compared to the “wilderness explorer” kid from the film Up due to his rounded physique, boxed impressively to force a seventh-round stoppage and bring the heavyweight division to a standstill.

Continuing on the theme of sporting upsets, England were defeated by Pakistan in the Cricket World Cup on Monday (a little after the weekend, I know), a team they had defeated 4-0 in a recent series and who had been humiliated by West Indies on the very same ground (Trent Bridge) on Friday last week. Pakistan, batting first, managed to accumulate a total of 348-8, with multiple higher order batsmen contributing impressive totals and with England’s lacklustre fielding proving costly. England, needing to pull off the highest run chase in World Cup history, were unable to build on centuries from Joe Root and Jos Buttler and fell agonizingly short (14 runs to be exact) with a final total of 334-9.

In fact, the weekend was even more disheartening for English sports fans as Phil Neville’s England Women’s team surprisingly lost 0-1 to New Zealand Women’s team at the Amex Stadium in Brighton in their final warm-up game before the FIFA Women’s World Cup. With the Lionesses getting their World Cup campaign underway against Scotland in Nice on Sunday the 9th of June, this result was not the ideal preparation they might have wanted – perhaps excusable due to the absence of important players such as Demi Stokes, Rachel Daly, Mary Earps and Jade Moore.

Elsewhere, however, British interest was high in Johanna Konta’s run to the quarter-finals (and then the semi-finals) of the French Open despite being ranked 26th in the world. Such is the unpredictability and excitement of the women’s draw these days, Serena Williams and world number one Naomi Osaka crashed out of the competition in the round of 32 on Saturday, leaving the draw relatively open – with the world number three Simona Halep the highest ranked player still in the competition going into the latter stages.

In the men’s competition, however, all of the big names are still lurking menacingly in the tournament as I write this, with Nadal and Federer due to play one another in what is sure to be an epic semi-final on Friday. With all of the world’s top five in the quarter-finals, the latter stages of this year’s French Open are a thrilling prospect.

The week leading into this weekend, too, has been significant for another sporting titan, as Formula One star Lewis Hamilton claimed his 77th career victory in the Monaco Grand Prix, his fourth trophy this season and a showing that bodes well going into this weekend’s Montreal race.

The favourite to claim the World Championship, Hamilton seems to be back on top form and will make Mercedes one to watch for the duration of this season.

In the same vein – that of an old order re-asserting their control – European champions Saracens mounted an impressive comeback from eleven points behind to defeat Exeter 37-34 in the Premiership final at Twickenham on Saturday. Despite a spirited performance from Exeter, Saracens prevailed and have now won five of the last nine Premiership crowns.

This was also their second double (winning the European
Champions Cup as well as the Premiership) in four years, which must make them one of the great all-time English club sides. With the game being contested so well and some of England’s key players featuring for both Exeter and the dominant Saracens, this bodes well for the Rugby World Cup which kicks off in Japan in September.

Across the pond, some of America’s biggest national sports have now reached the playoff finals stage. In basketball, a Kevin Durant-less Golden State Warriors put in a strong away performance to beat the Toronto Raptors 109-104 and to level the bestof-seven NBA Finals series at 1-1. The Warriors, looking to win their third NBA Championship in succession, face the prospect of playing game three of the NBA Finals in Oakland without some of their key players – shooting guard and three-point specialist Klay Thompson as well as small forward and two-time NBA Finals MVP Kevin Durant.

There was also a very significant end-of-season event which took place more locally last week and which came to a “head” on Saturday: Summer VIIIs. For those not interested in rowing, or those who only went along to drink themselves into a Pimms-induced stupor, the results of this jam-packed event may easily have gone amiss. With Oriel winning the headship in the men’s event and Wolfson winning in the women’s event, there were also numerous blades distributed at the end of an exciting week of rowing. Indeed, most of the talk on the final day centred around how the men’s division one was klaxoned and cancelled because one of the men’s crews went perpendicular to the bank and the race was deemed too dangerous to continue. This is testament to the appeal of sport that surpasses winning and losing: it’s the thrills and spills that draw us in.