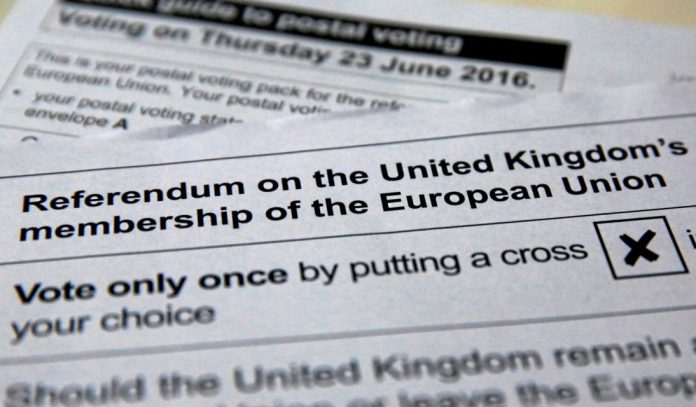 Writing for an audience consisting of the student body of the 4th most Remain city in the country, writing an ostensibly pro-Brexit piece on why the ‘Revoke Article 50’ petition is a waste of time, is not the easiest task. Therefore, I’ll try to avoid making the arguments that the petition-signatories amongst you will be expecting me to make:

I could frame my argument around the fact that thousands of signatures have come from all over the globe – from the USA, to France, to Russia (no doubt interfering in our democracy again), to Kosovo, Kiribati, Kyrgyzstan, even to the largely internet-less North Korea – and that, therefore, this petition is broken and should have no bearing over our politics: this is why we register to vote and then do so at a local polling station.

I could frame my argument around the fact that the petition, as little more than an online survey, is intrinsically broken: it is vulnerable to duplicated signatures through multiple email addresses, or to bots (as has happened in extremis with previous pro-Remain petitions of the same ilk)[1]as the site has no ‘captcha’ verification; nor does it for age. Petitions are not good at reflecting the wider electorate – this is why we have proper polling methodologies, with control and sample groups and statistical analysis at one end of the scale, and actual voting at the other.

I could frame my argument around the fact that the petition was started by an extreme supranationalist Europhile (alleged to have described how she would murder the Prime Minister, and to have discussed how to purchase legal guns and their modification to cause maximum damage to take to the Commons…),[2]and that this is just another example of Remoaners not accepting democracy and blah blah blah…

I won’t frame my arguments around these points not because they are not legitimate, and not because they are necessarily bad (although they’re not great – looking at you number three) but because even if all were true in the fullest extent, it would be churlish to deny that this petition is remarkable: it is remarkable that the website has repeatedly crashed under the weight of traffic it has received;[3]that approximately a tenth of the eligible electorate of the country has signed it (if we are to take the 6 million figure entirely at face value); that it is the most popular in the history of the Commons Petitions Committee.[4]There is a large socio-political force that sits behind this 6,000,000 figure. That is undeniable, regardless of how questionable the nature of the petition and its signatures may be.

So, for the sake of argument, let’s assume that all (or very nearly all) of the 6 million signatures thus far are those of adult citizens of the United Kingdom, fully eligible to vote in a hypothetical referendum or General Election should there be one tomorrow (please no), and that none of these people signed more than once.

Either the petition to revoke Article 50 is a total waste of time, or it is something far more sinister. It is a waste of time if its sole purpose is to convey to Parliament the sentiment of its electorate. The basic point here is that there is a colossal cognitive dissonance in assigning so much credence to an online survey, and simultaneously so little to the result of an historically large national referendum that dwarfs the petition in any game of numbers.

Furthermore, the supposedly vast momentum behind the petition is illusory. The polling data of the last couple of weeks – which does represent the British electorate in its geographical, political, social and economic diversity – tells an entirely different story to the one told by the petition. Petitions, by their nature, can only be echo chambers – agreement is all that can be measured. There is no ‘I disagree’ box you can sign instead. So for this petition, volume alone is not enough, particularly given that its signatories are almost demographically identical to the Remain vote of 2016.[5]The petition tells us nothing new: plenty of people, at least 16,141,241 at recorded peak, wanted to be in the EU – these signatories are the (minority) hardcore of that vote.

Indeed, an Opinium poll of 21/03/19 found that public opinion is shifting quickly towards a ‘No Deal’ outcome as opposed to any extension of Article 50, by 46% to 39%.[6]ComRes, also on 21/03/19, found that leaving the EU in any shape or form has a 15 point lead over remaining, 50%-35%.[7]Polling is no perfect but as measures of reflecting shifts in the mind of the nation’s electorate go, polls are competing in the 100m finals at the Olympics, and petitions can’t work out which shoe goes on which foot. Extraordinary as 6 million signatures , it means nothing for majority public support for revocation – the polls say the opposite.

If we ask ourselves what this petition wants, surely, as members of a liberal democracy, we must conclude that this is the extent of it. A methodologically-corrupt poll. A waste of time.

What else could it be?

The petition demands that Article 50 is unilaterally revoked, and that the UK remains a member of the EU. Thus, to sign it is to explicitly call for the vote, cast by the British people (a lot more than 6 million of them) to be cancelled. There is no getting around this simple fact.

The petition is not a plea by the pro-Remain lobby for Parliament to vote on revocation, nor that we give it another go: to rehash the arguments about whether or not we should be a member of the EU, and then let the people of this country make their final decision on the matter (no, for real this time, no take-backsies, we promise!). It simply demands that we remain in the EU. End of story. Pitiful and perilous as it was, the argument for a second referendum could be justified. This demand cannot. Every signatory of this petition rides roughshod over the vote of every single citizen of this country that did their civic duty in June three years ago.

To simply remain in the EU would be to deliberately and totally ignore the result of the largest democratic exercise in our history, nowhere near the turnout at any past (or almost certainly future) General Election. This alone would be wrong, but there is more.

The result of the referendum of the 23rdof June, 2016, was a vast anti-establishment movement: it was made by the voice of the disenfranchised people of this country, in deindustrialised, coastal or rural areas, hit harder by austerity and EU regulation of fisheries and agriculture than anyone in the home counties can imagine. Leave-voting territory is lightyears away from the economic, social, political and media bubble of the South East, and it rejected that status quo. To fail to heed this vote, made for the ‘right’ reasons or not, is to betray the backbone of the nation.

And yet this seems neither here nor there to the middle-class intelligentsia of the South East (disclaimer: this may make me a class traitor), because it did not go their way. In any other scenario, Oxford students would be falling over themselves to defend the voice of leave voters, as those hurt by the country’s imbalance of social, political and economic power and in media influence. Shame they voted the wrong way.

To those of you that think the best way to remedy this battle cry, this Eurosceptic aberration, this silly mistake, or however you see it, is to simply ignore it – best of luck to you. Sign away.

Given that the density of the petition’s signatories perfectly geographically match that of the 2016 vote to remain,[8]it rejects that vote and nothing more. ‘Remain supporters support Remain!’ – what a headline. These are not Leavers ‘seeing the light.’ This is not the North East coming round to Guy Verhofstadt, the ECJ and Chuka Umunna’s brand of “cheese and biscuits”[9]neoliberalism. Revocation would solve nothing of this mess in the long or short term, and it would lead to the root cause (of which Brexit is but a symptom) becoming immeasurably worse for the pro-Remain political classes’ agenda than it already is; if they think otherwise I’d like to know what they’re smoking [insert Lib Dems joke here].

Either this petition is a waste of time – a failed poll – or it is a cold, conscious choice to tell a great number of people of this country that their vote does not and that by extension, neither do they. It doesn’t matter if this is the intention, this will be the consequence. Surely it must remain the former, and not become the latter.

P.S. At least 11,400,000 more signatures, all of them verified, and then  could take this petition seriously. Just kidding! Sitting on the sofa and following a link you see on Facebook to click a button is not equivalent, in any sense, to getting off your arse and going to vote, nor is a single polling day to an online petition open indefinitely 24/7. Frankly, if Article 50 was to be revoked, I’d almost be more annoyed by the fact that this petition got its way, than by the democratic vacuum it would create.

Everyone has had enough of this farce. Let’s just get out, deal or no deal, and get on with the rest of our lives. Revoking Article 50 means years more Brexit chat – I for one cannot be bothered.