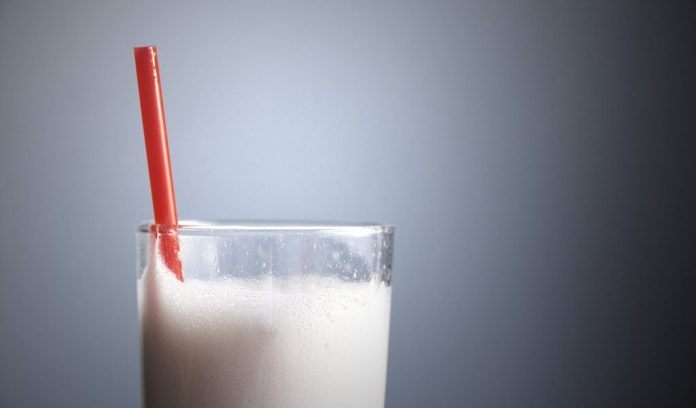 For a substance that pitches itself as “the food of the future”, Huel, the ‘nutritionally complete powdered Human Fuel’, inspires an oddly palaeolithic kind of passion in its fans. In fairness, perhaps such primal dedication is not just unsurprising but necessary in a group of people who can voluntarily replace food — actual, chewable food, featuring a variety of tastes and textures — with an off-white sludge, usually in the name of ‘gains’.

Huel consists of oats, rice and pea proteins, sunflower, flaxseed, coconut triglycerides, and a ‘proprietary micronutrient blend’; forget bread, theoretically, man can indeed live on Huel alone. The question is, why would he ever want to?

This question was answered (without my ever having asked it) by a particularly enthusiastic advocate of Huel in college. The product’s FAQ sheet warns of the possibility of ‘irregular bowel movements’ when switching from a solid diet, but it fails to mention another highly inconvenient side effect: once Huel has entered the human body, it will indeed exit swiftly and uncontrollably, but in verbal as well as physical form. Perhaps this is unsurprising given that Huel is vegan. I thought I would escape the sales pitches, given that I have not taken part in organised exercise since 2015 and subsist exclusively on Pepperamis and fag ends picked out of the bins on Cornmarket, but no.

“One of the best things about Huel is that they send you a free Huel shirt with your order,” says Sauly Burtman, 20. (Names have been changed to preserve anonymity.) “Sadly, I can no longer wear my Huel shirt, as I got too big from drinking Huel and it doesn’t fit any more.” Mr Burtman provided not only this hard-hitting insight into the life of an alpha male, but also my first and hopefully last taste of the product. It looks like eraser crumbs blended into a mixture of wallpaper paste and curdled milk; your brain will expect it to smell like a photographic darkroom and cause hallucinations if huffed. As a result, its inoffensive, faintly oaty odour is somewhat off-putting because it seems so unlikely. The same goes for the flavour, which I would describe as ‘allegedly vanilla’ — just about recognisable, but doing something it wouldn’t want its family to find out about.

And yet apparently these attributes are outweighed by its convenience, futuristic appeal, and nutritional benefits. In a day and age of instant gratification, what could be better than a meal to which a time-pressed millennial can just add water? No one has the energy to cook after a long day at their latest unpaid internship. Burtman admits to having eaten it dry out of the bag when the walk from the bed to the faucet seemed just too overwhelming. It tastes “about 200 times better than a whey protein shake”, according to its dedicated forum on Reddit, and despite being a liquid it’s very filling- although arguably the same sensation could be achieved by drinking 600ml of unset paper maché and PVA glue.

Furthermore, the practical benefits of Huel, on an individual and a wider social scale, cannot be denied. The website points out that in the present day, “instead of eating only what we can find, we now eat what we want, when we want, with the only limiting factors being time and money… obesity, convenience food and tasty but nutritionally limited diets are commonplace.” Available from £1.33 per meal, Huel provides a level of healthy nutrition that would cost far more in both time and money if delivered in the ‘traditional’ form; the vegan ingredients also reduce its environmental impact.

Presently, nutritionally complete foods like Huel and its predecessor Soylent are mainly marketed to middle class, health or time conscious people in countries where conventional food is freely available. But an unnamed source in the medical field (also an avid Huel user) envisions the coming of ‘the Huel world order’, as the factors which make nutritionally complete powdered meals so appealing — lack of personal time and looming environmental and food crises — continue to impinge on society, and this kind of eating becomes the norm. ‘Foods’ such as Huel would thereby become not a choice but a necessity. The source conjured an image of a dystopian world where the 1% enjoy the privilege of chewing their meals, while the masses must be content with artificially-sweetened slurries; he also posited that a mind control agent could be added to Huel to cement the monopoly, but hopefully that’s still a few decades away.

For now, though, it seems Huel is here to stay in the sweaty hands of young people across the western world, seeking to improve their health or time management. ‘Never done it but want to get into it,’ said one randomly selected but vaguely sporty student. “It tastes like ass”, said another, who nonetheless drinks it regularly. In the words of Outkast, “What’s cooler than Huel? Ice cold! Alright alright alright…”

At present, ‘nutritionally complete powdered food’ provides a valuable tool for weight loss or gain and a balanced diet on a budget, for those who choose to use it. Let’s just hope it remains a choice.