Jess Phillips: If Trump can be president, I can be leader of Labour

One of Britain's most popular and controversial backbenchers talks to Tony Diver about her journey to the Commons, the Labour Party and the future for student politics 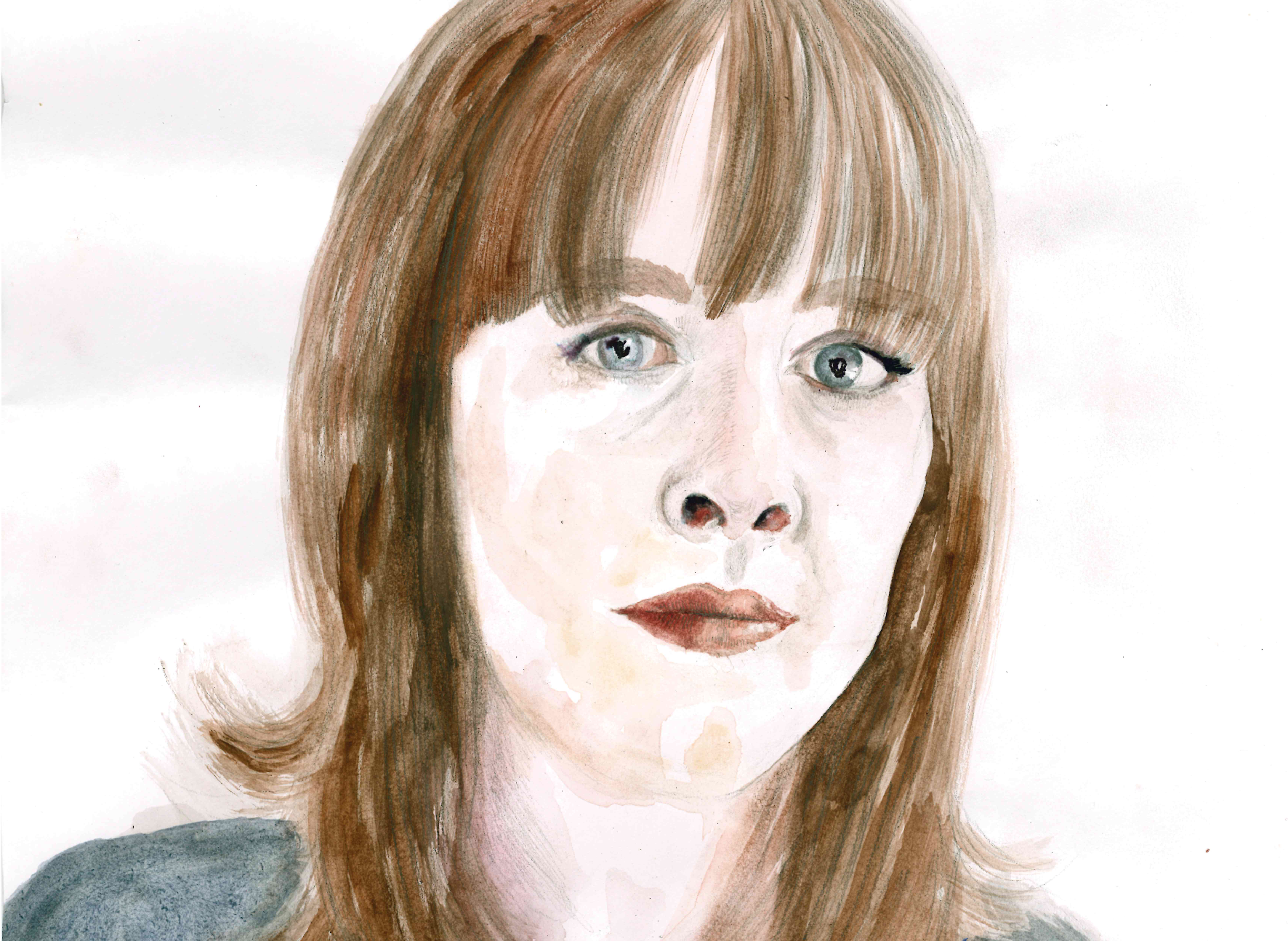 Jess Phillips is a woman of remarkable contrasts. She’d agreed to do an interview with me that I was slightly unprepared for, and so as my phone rang and I scrambled for my dictaphone, I didn’t know whether I would get the Jess Phillips of Prime Minister’s Questions – all fire-and-brimstone and the architect of the Palace of Westminster’s most scathing one-liners – or the slightly sarcastic, but funny and charming Jess Phillips that comes across in her Enfield-esque encounters with Jacob Rees-Mogg on TV.

It started with the former. She’s a busy woman and didn’t take kindly to my bumbling as I ran to a coffee table, fumbled my phone and tried desperately to make small talk with someone I knew would eviscerate me for the odd wrong word or lazy question.

It’s not like she doesn’t have people to take it out on. Phillips is uniquely placed in British politics in that she’s in opposition to pretty much everyone. The Tories, Labour’s leadership and even – in an area that voted overwhelmingly for Brexit – her own constituents. Does that worry her?

“I watch these people now talk literally yawn-worthy hours in all the Brexit debates, and they have been biding their time since 1974,” she groans.

That resigned take on the nation’s decision to leave the EU is mirrored in her response to my (you might say inevitable) – questions about Jeremy Corbyn. Unlike most Labour MPs, who avoid Corbyn questions as much as the man himself avoids newspaper journalists – Jess takes him head-on.

“I don’t think Seumus Milne is that bright, or that commanding, to be honest.”

I put to her the rumour doing the rounds about him – that the party she refers to as “imploding” selected a man who neither expected nor wanted to be leader – and I can almost hear her waving me down over the phone.

“Well, he obviously did want it! The idea that he doesn’t have an ego is utterly ridiculous. Bollocks! That’s bollocks I’m afraid. And that’s no criticism of him that he wants to be leader of the Labour Party – he’s not a man who’d do something he didn’t want.”

So Seumas Milne isn’t really running the show from the background? She scoffs again. “I don’t think Seumus Milne is that bright, or that commanding, to be honest. I’m not sure he’d be able to get my kids to put their shoes on. I definitely don’t buy the idea that Seumas is co-ordinating the whole thing and Corbyn is just some puppet. Have you ever watched him, loving the attention, loving people get selfies with him?”

Corbyn’s failings are just another part of what Phillips calls the “huge, huge, crisis of leadership” that she sees as the core of the problem in British politics. She blames the Prime Minister, Leader of the Opposition and First Minister in equal measure for the feeling she has that “we’ve flipped the switch and everything’s broken”.

“I think that she’s wrongly playing the percentages,” she says of Nicola Sturgeon, “and it’s opportunist and not with the best will of the people in her country or the whole union in mind.

“Of course it’s easy, when things are terrible, to try and get some sort of advantage and to play on people’s fears. I think that, as the leader of Scotland, the stability of her country should come first rather than political agenda which was decided in a referendum not even two years ago.”

In one of her characteristic dressings-down, she calls the idea of a second referendum in Scotland not like breaking eggs to make an omelette but “like we’re smashing the whole kitchen up in order to make an omelette that will be here in twenty years’ time”.

And it’s with that – in her rejection of the British opposition parties but retention of what she calls a “tribal” loyalty to Labour – that Jess Phillips displays the strength of her political brand. She is, in a way, the perfect backbencher. She joined the Commons in 2015, having swung her seat by almost twelve per cent to take it from the Liberal Democrats, and since then has been a tub-thumping supporter of feminist causes, the tackling of homelessness and a vocal opponent of many in her own party. She has exactly the independence and panache that Labour’s long history of renegades have always championed.

Soon after her election, she clashed with one of the biggest names in the Corbyn cabinet, after Phillips “roundly told her to fuck off” in a heated exchange over women in top jobs in the Labour Party. To her credit, Diane Abbot fucked off.

With characteristic acerbity, in the tense post-election politicking that followed Jeremy’s election, she revealed that she had told the leader and his staffers that she wouldn’t knife them in the back – she would knife them “in the front” if she thought they stood in the way of election in 2020.

A year down the line, her commitment to a broad and, frankly, factional Left is unwavering. “It thinks it’s bloody perfect! That’s the reason why it can’t react to other people – it fails to recognise its own failings,” she tells me. “If you think you’re perfect and you have all the answers, you should give up. You don’t. Things change, the world changes.”

One of the key issues she campaigns on is making sure that the people who will make those changes in the future are people now our age. Of course, I point out, readers of Cherwell are only too aware that there are many students that do want to change the world. From the endless discussion on online forums to the heated debate over the most granular issues in JCRs, the picture of youth political engagement doesn’t look all that bleak to us.

Bad question. She’s got me. Politics isn’t “just one white man drinking coffee in a cafeteria” she chides down the phone, as I look wildly over my shoulder in case her uncannily accurate description was more than a coincidence.

“You’re alright where you sit – it’s not like you’ve never been represented in this place [Parliament] at Oxford. I’d say you’re slightly overrepresented on the whole in the reference tests.” Of course, she’s not wrong, but also has a wider point to make about ‘our’ politics. Identity is the “touchstone” of student movements, she says, but it’s not the “bread and butter” of Labour.

Should it be? “Well, the people in my constituency wouldn’t say so. The most pressing concern of my constituents is the ability to go to work, come back at five o’clock, put the telly on, watch their kids grow up, be able to afford to buy some Christmas presents and have a car parked near their house. Not wanting to sound terribly patronising, but as you get older, buy a house and have your kids, I think your priorities change.”

And in that, I’m suddenly not convinced any more that her backbench credentials are so strong. She thinks the identity aspect of Labour is important and is an ardent Remainer. But isn’t her job to represent the views of her constituents, who she admits don’t think those things?

“I’m not here to satiate people’s needs – I’m here to do what I think is best for them, with them and bring them round to a way of thinking,” she counters.

I’m worried that her view of her role hints slightly at an implied false consciousness of her constituents.  She disagrees.

“If I followed what everyone in my constituency thought – bearing in mind they don’t all think the same thing – and acted like a delegate, it would be an incredibly boring place to work, and they don’t want that.”

“When I don’t write it, it gets said wrong”, she explains, when I ask about her acclaimed new book, Everywoman. “I wouldn’t ever say that I felt I had to write a book – that’s far too pompous a statement. That’s a really arrogant thing to say, but I felt like I had a lot to say and it wasn’t difficult to write it.”

The moment is now, for Jess Phillips, it seems. When, then, is she running for the leadership? It’s a question she shrugs off at first.

Stranger things have happened, of course, as she quickly picks up. “If Donald Trump can become President of the United States, I can become leader of the Labour Party.”

Well, does she want it? “Who wouldn’t? Who wouldn’t want to have all that power to do all the things you thought were right?”