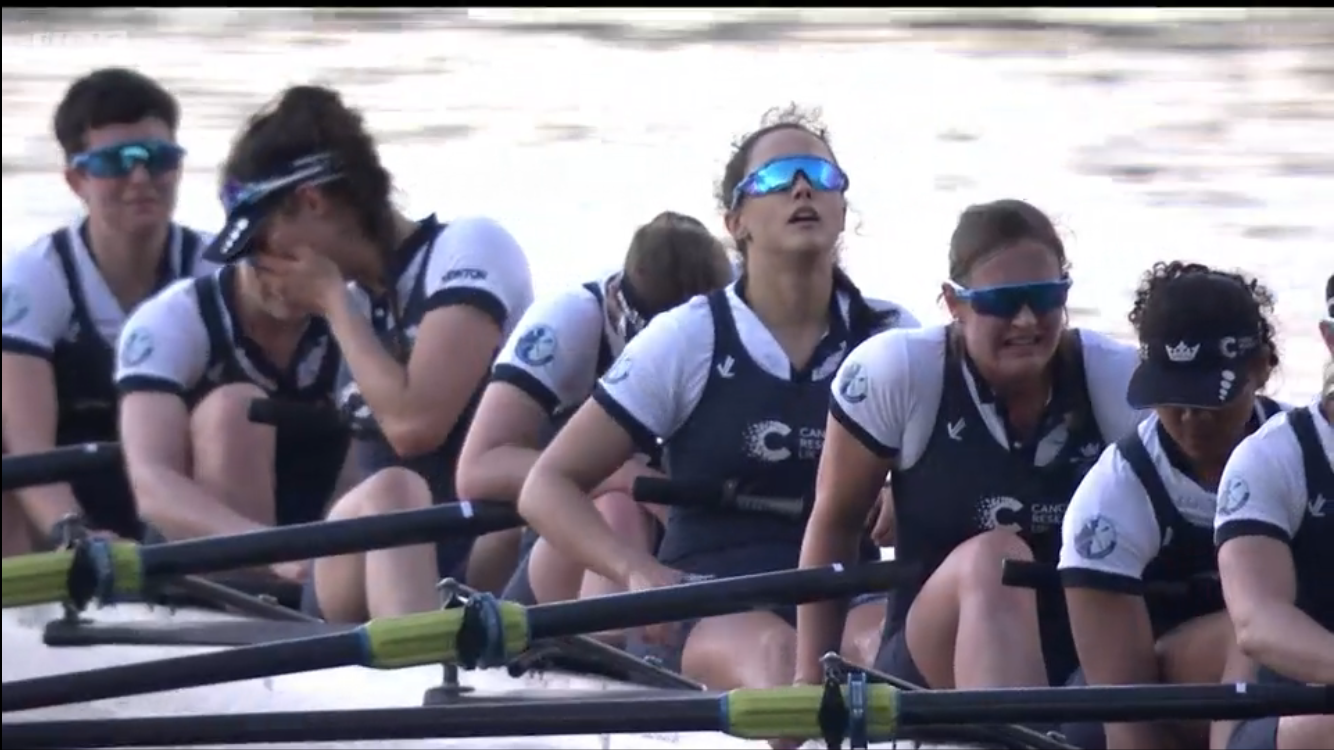 After a hard-fought race on the Thames this afternoon, Cambridge edged past OUWBC to take the trophy, breaking a three-year Oxford winning streak.

The race, fought across the stretch of the Thames between Putney Bridge and Chiswick Bridge, saw Oxford’s woman fall quickly behind the Cambridge team in the opening lengths of the race, giving Cambridge clear water around the Thames’ bends between Putney and Hammersmith.

By ten minutes into the race, Oxford was over fifteen strokes behind the Cambridge boat, making it difficult for them to gain any ground.

This year saw both boats make it to the finish line without taking on water – the fate that unfortunately befell the Cambridge Women’s team last year.

The races go ahead today despite initial concerns that an unexploded WWII bomb would lead to their cancellation.

Ashton Brown, CUWBC President said: “I couldn’t have done it without the amazing team I have. We felt a bit robbed last year, and it’s amazing to win. I had a really tough year this year, but they helped me through it all”.