CherwellIndependent since 1920.
Culture “When a film depends on siamese stories in the way this one... 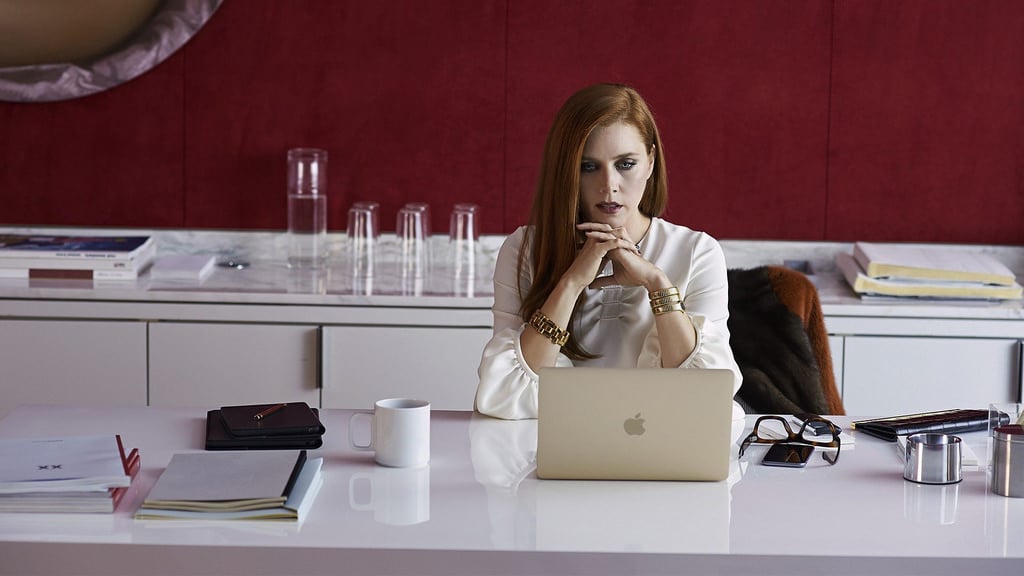 Nocturnal Animals is the second film directed by fashion tycoon Tom Ford, and his second set in LA.

Amy Adams plays Susan, a gallery curator with enough money to live in a big house, full of edges and reflective surfaces, and enough insight to realize that this doesn’t make her happy. The film starts, and we are at the opening of her latest show. Upon podiums are quite naked, and quite uncommonly fat women, gyrating in glossy slow-motion and giving the camera the best view of it, enjoying our trapped eyes – exploiting us, exploiting them. The next moment, the show’s over and they lie unmoving on their platforms, like slabs of meat or cadavers, exhausted in the empty showroom. We know this place, L.A., and what it does to people. Its permissiveness is stifling, its gaudy opulence is actually a kind of poverty.

Susan is clearly unmoved by her work, her husband is jetting around in predictable ways, having affairs, and she is plagued by regrets. Yet, it’s hard to suppress the feeling that there isn’t something conflicted about Tom Ford’s, so to speak, dressing down of L.A.’s meretricious way of life. For the most distinctive thing about Ford’s style is his pursuit of artfully arranged moments, as well as a fascination with surface beauty that demands that all his actors, even the extras, are implausibly attractive. His first film, A Single Man, was meticulous and stylized and shot like a perfume commercial, and very well suited to it as well. Here, one cannot help but notice how openly appealing he makes everything look, while also seeming to suggest its trickery. Visions of paradise don’t survive scrutiny; they always rupture, revealing something sinister.

Then, something unexpectedly intrudes on Susan’s analgesic lifestyle; the manuscript of her first husband’s debut novel arrives. His writing is full of retribution and aggression, and Susan seems to feel every word of it. She gives herself a paper cut while trying to unwrap the manuscript, then gets one of her implausibly handsome assistants to finish the job for her, her physical activity seemingly at an end for the day.

The story of novel now runs parallel to Susan’s. A couple (Jake Gyllenhaal, and Isla Fisher) and their teenage daughter are crossing Texas by car. It’s dark and they’ve been driving for hours. Suddenly they are forced off the highway by a gang of hillbillies. The interaction is full of the promise of violence, slowly delivered. Ford puts this all together expertly. The father survives, but fails to save his family from rape and murder. The story becomes a revenge thriller: an absorbing one. Aaron Taylor-Johnson received a handful of nominations for his role as the gang leader, but it is surely Michael Shannon – as the county detective who joins the father in pursuing the criminals – who deserves special praise for his expressive, gruff charm.

When a film depends on siamese stories in the way this one does, it is often hard to keep the whole thing alive, and in that respect Tom Ford proves himself assuredly skillful. It is clear, though, that the two stories are intended to talk to one another – to comment on one another. This is the point at which the audience is forced off the highway and things start to run less smoothly.

Susan feels deeply affected by the novel, so much so that at times she drops the book under the sheer strain, peers at it suspiciously from behind her huge-rimmed, Tom Ford reading glasses, and even hallucinates its characters into her own experience. The film clatters along with clumsy juxtapositions: at one moment there is a shoot-out in the desert, the next moment Susan is staring at an artwork in her gallery depicting the very same thing. Crunch – two scenes jammed together like jigsaw pieces that shouldn’t fit.

Of course, patterns are pretty, but they aren’t a substitute for meaning or message. A choice worth mentioning is that Jake Gyllenhaal plays both Susan’s ex and the protagonist within his own novel. Now, clearly Susan is meant to have betrayed her first husband: she failed to support him in his creative development and was too easily influenced by the bad advice of others. But this hardly seems to make sense of the strange moral equivalencies drawn between Gyllenhaal’s suffering in the two stories. Thinking about this film for too long gives rise to some untidiness – and if there’s one thing Tom Ford can’t have intended, it’s untidiness. Of course, not every film aspires to ‘say’ anything, but what’s disconcerting about this film is that it gives the impression that it thinks it has said something – lots of things – and then at the end it sits there, looking at you, expectant, waiting for its message to take hold like non-existent medicine.