Review: The Eagle and Child

Emily Beswick follows in the footsteps of her literary idols 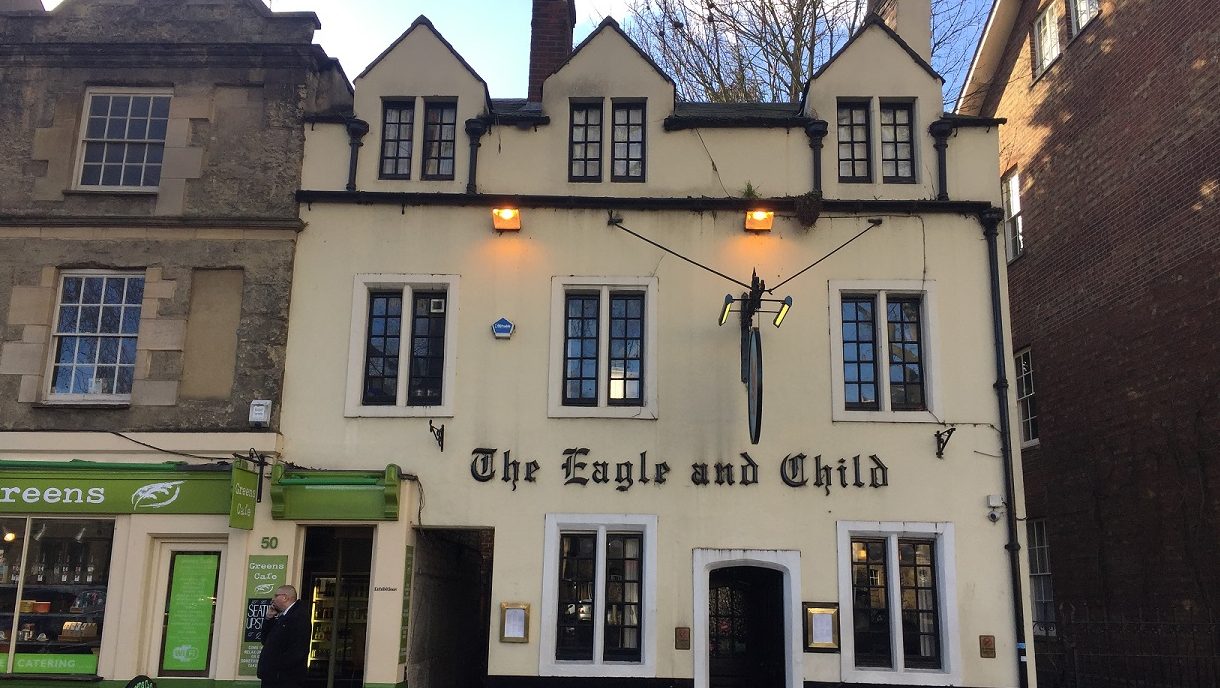 Oxford is home to so many obvious pieces of history that after a while you grow impervious to it all—you know you’ve reached this stage when you no longer admire the beauty of the Rad Cam, but focus on locating the easiest route through the tour groups. But luckily, many of Oxford’s historic pubs fly under the radar, quietly carrying on their day-to-day business and (just) staying off the main tourist tracks.

The Eagle and Child is one such institution, the celebrated literary home of J.R.R. Tolkien, C.S. Lewis and their society, the Inklings. Not much appears to have changed since then—the wood panels, stained windows and accumulation of memorabilia testify to over four hundred years of history. The pub wears its reputation on its sleeve, with C.S. Lewis quotes painted on the beams and portraits of its famous patrons, but avoids verging on kitsch.

Unknowingly, my co-editor and I were following in the footsteps of the Inklings by grabbing lunch on a Tuesday lunchtime, although in a much less erudite manner. No literary readings, but grumbling about tutors instead. Both in need of comfort food, I had a simple but warming macaroni cheese with garlic ciabatta, while my co-editor sampled the goat’s cheese, hummus and red pepper sandwich with gorgeously cooked sweet potato fries. It was refreshing to see that the management hadn’t cynically used the pub’s history to raise prices—most of the mains are under a tenner and the sandwiches range from around six pounds.

But it is the drinks menu that is the crowning glory, with something to suit everyone (and probably the reason why it is such a popular first date location). There are dedicated sections to real ales (which they helpfully match to specials on the board), gins, ciders and whiskeys. Restricting ourselves—it was a weekday after all—we tried the rhubarb gin, which was intriguingly strange but probably quite an acquired taste.

Even though it was obviously not the busiest time of day, there was still a quiet buzz about the place which was perfect for procrastination chat. As Frodo Baggins says, “Short cuts make delays but inns make longer ones.” But if it’s the Eagle and Child, is that such a bad thing?