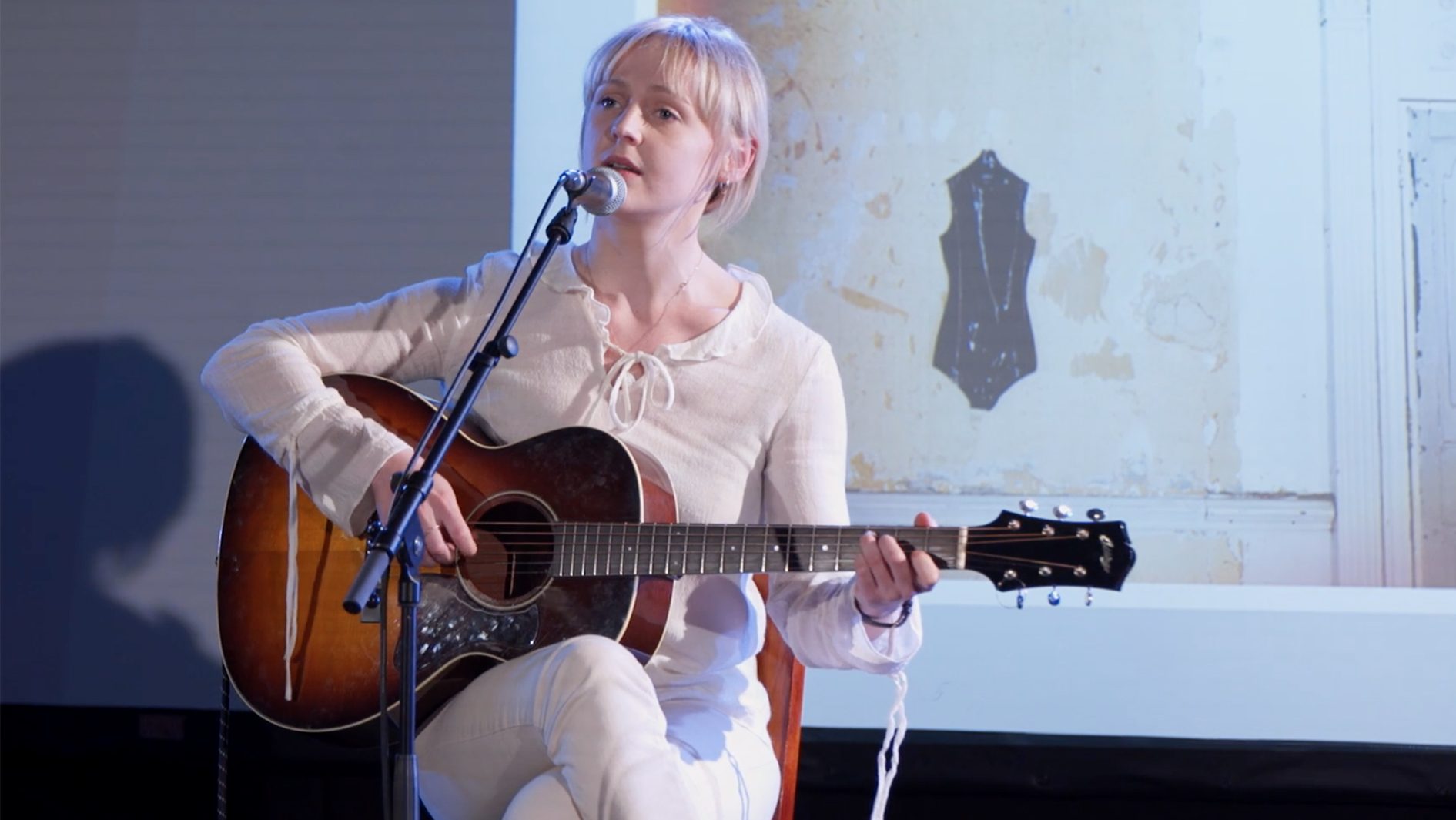 In Laura Marling’s ‘Wild Fire’, the second single to be released from her upcoming sixth album Semper Femina, one character is “gonna write a book someday.” For Marling, “the only part that I want to read / is about her time spent with me / Wouldn’t you die to know how you’re seen?”

Speaking last week at a press conference at Goldsmiths University, London, the Hampshire-born musician admits she initially tried to approach this record as a man writes about a woman. The nine tracks were born out of a particularly masculine time in her life, she says, when she was experiencing the physical exertions of touring alone, “dragging three or four guitars around, and throwing them in the back of a car constantly”.

What began, in her own words, as “a self-conscious stumble”, is now fully formed. On the album due 10 March which takes its name from a line of Virgil (“Varium et mutabile semper femina”—“Fickle and changeable always is a woman”), Marling is very much a feminine being.

Semper Femina soon became an attempt to “take some power over the idea that we see women through men’s eyes.” And it is the female pronoun which saturates the record. “She speaks a word and it gently turns to perfect metaphor”, sings Marling on ‘Nouel’, a lilted lullaby, a tale, and ode to “a dear friend”.

As the audience upstairs in the Goldsmiths Student Union have their eyes on Marling, she tells us that Nouel, too, is being watched. Soon, it is “Oh, Nouel, you sit so well / A thousand artists’ muse”. Is this the manner by which Marling fi rst attempted to write just as a man views a woman? Her fight against this is evident in the development of the line, as she grasps back the reins as a woman, closing the verse with the sure-starting “But you’ll be anything you choose”.

Last summer Marling explored lingering ideas of gendered perspective and perception through Reversal of the Muse. The podcast series featured Marling in conversation with a host of music professionals, particularly studio engineers and producers, about experiences of gender and female creativity in the industry.

It’s a series Marling plans to continue, hoping next time to discuss female creativity in the fi lm and television industries. This album marks her directorial debuts in the videos for pre-released tracks ‘Soothing’, ‘Wild Fire’ and ‘Next Time’, and, back at Goldsmiths, Marling tells us “I like talking about the directing more than the music.” A bright, seductive light shines across these videos: is this how the world looks through the eyes of a woman?

Live, ‘Wild Fire’ is a drawn-out affair, fed with all the depth of breath and husk Marling’s voice can muster up. “You always say you love me most when I don’t know I’m being seen / Well maybe someday when God takes me away / I’ll understand what the fuck that means”, she sings with her characteristically calm, dry anger. What a victim of the over-romanticised male gaze Marling must have been.

This warm promise of love is a triumph. Amidst the glory of six stellar albums and a whole life of wisdom, Marling admits that she is still trying, like the rest of us, to do her bit in love and friendship. Success in love is no mean feat.

Declarations that this is a record of female prowess and looking outward from her gender still stand, but this is also Marling’s record of querying herself, as a woman. “Semper femina,” she assures Nouel, “So am I.”