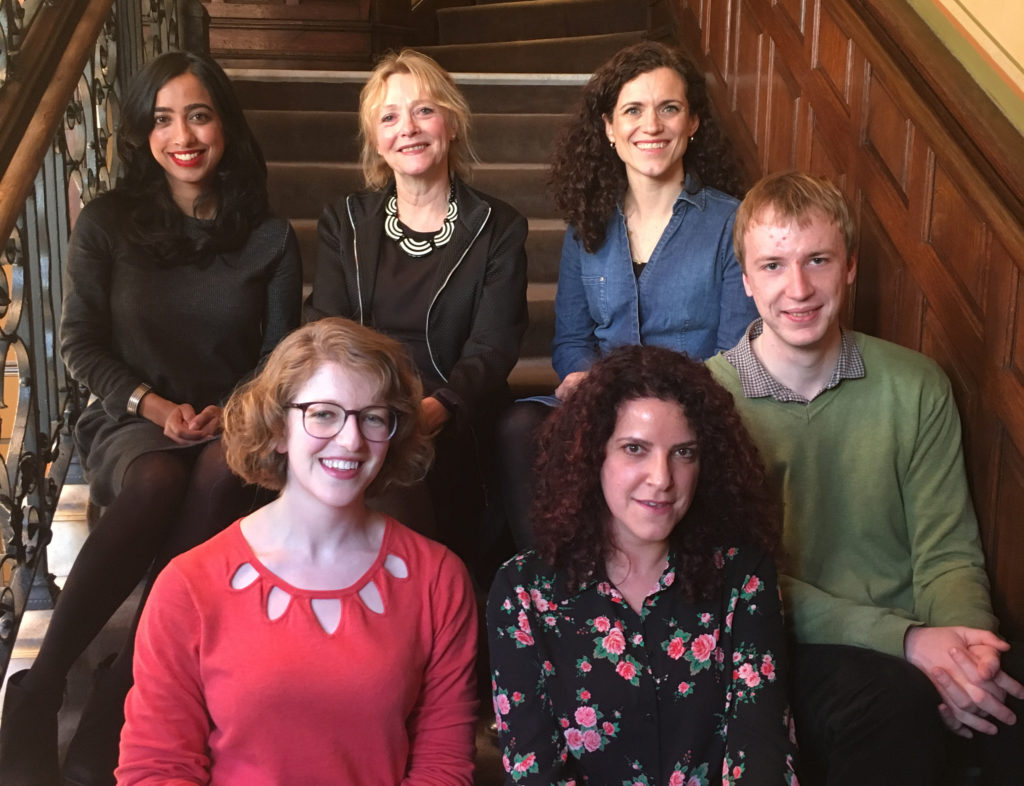 Virago Press was founded in 1973 by Carmen Callil to publish women writers and feminist works. I spoke to Virago Deputy Publisher Sarah Savitt and Virago Modern Classics Director Donna Coonan to discuss how women’s writing has shaped them as readers and publishers, and the feminist responsibilities their jobs bring.

When you were younger, how aware were you of feminist writing?

Donna Coonan: I was aware of Virago from quite a young age, partly because I went to a Catholic school and I liked the bite out of the apple logo—it was quite naughty. And partly because, although the school was run by a nun, she was quite an enlightened nun. A lot of our A Level texts were Virago books. We had Margaret’s Atwood’s The Handmaid’s Tale, Grace Nichols’ The Fat Black Woman’s Poems... It wasn’t until I got to university that I realised that the higher up you study, the fewer women you study.

Sarah Savitt: I have definitely always read women writers. I read Jane Eyre obsessively as a teenager. I had my most influential teacher in my last year at school and we read Wide Sargasso Sea and The Stone Diaries. They were two pivotal moments for me.

Have you noticed a change in the recognition of women in the industry?

SS: Now, there’s so much feminist writing, particularly non-fiction. It is an amazing time to be an editor. Because feminism is in the air politically, there is more discussion and recognition of the inequality. But when you look at prizes and the literary end of stuff there is still an imbalance in terms of who’s take n seriously and who gets the big solo reviews.

DC: Books by women are not reviewed as much, but also reviewers are predominantly men. When you look at readers, women are more ready to embrace male and female writers in a way that men aren’t. Men generally read men. It is a case of changing our reading habits too.

How much does the biography of a writer— their gender, race, sexuality—affect your perception of a work?

DC: Regardless, a book would have to be of exceptional quality for us to take it on. But in the back of your mind you do have the idea that you are the gatekeeper for what the public will be able to read. It’s important that diverse voices are heard.

SS: There is morality in publishing. You do have to think about who you want to publish and promote. But there is also just a question of difference. As an editor you’re always looking for something different in any way—a novel narrated in the first person plural, or a novel about a country you’ve never read about, or British working-class voices that haven’t been heard. It’s also just about providing differing experiences for readers.

I read a really interesting piece this morning about Brit Bennett who’s just published a debut called The Mothers. She says “I don’t want my role as a writer to be a translator of black grief to white audiences.” There is that question of who a writer’s audience is, and how much you connect with that, and whether you connect with something because it feels familiar or because it does feel different. It’s so hard. If you thought about it too much you’d be paralysed. As a commissioning editor you have to go with your gut feeling about a book, so I don’t want to interrogate it too much in case that goes.

If you could choose one book on the Virago list to recommend to everyone, regardless of gender, what would it be?

DC: It’s like asking us to choose between children! But I’m going to go for Marilynne Robinson—the whole trilogy—Gilead, Home and Lila. I love these books for the beauty of the writing and because they are profoundly humane.

SS: I’m going to say Tipping the Velvet by Sarah Waters. I love publishing books that sneak politics and morality under a huge amount of fun. But there is a sensibility underneath. Part of the reason I wanted to come to Virago was because I adore Sarah Waters. I gave it to one of my friends who is into more macho stuff—I mean that in a macho-literary way, more Philip Roth than Bear Grylls—and he adored it. And I felt vindicated.