Ellen Peirson-Hagger is touched by the humanity in James Blake’s live show, as, for once, the musician/producer emerges from behind his laptop 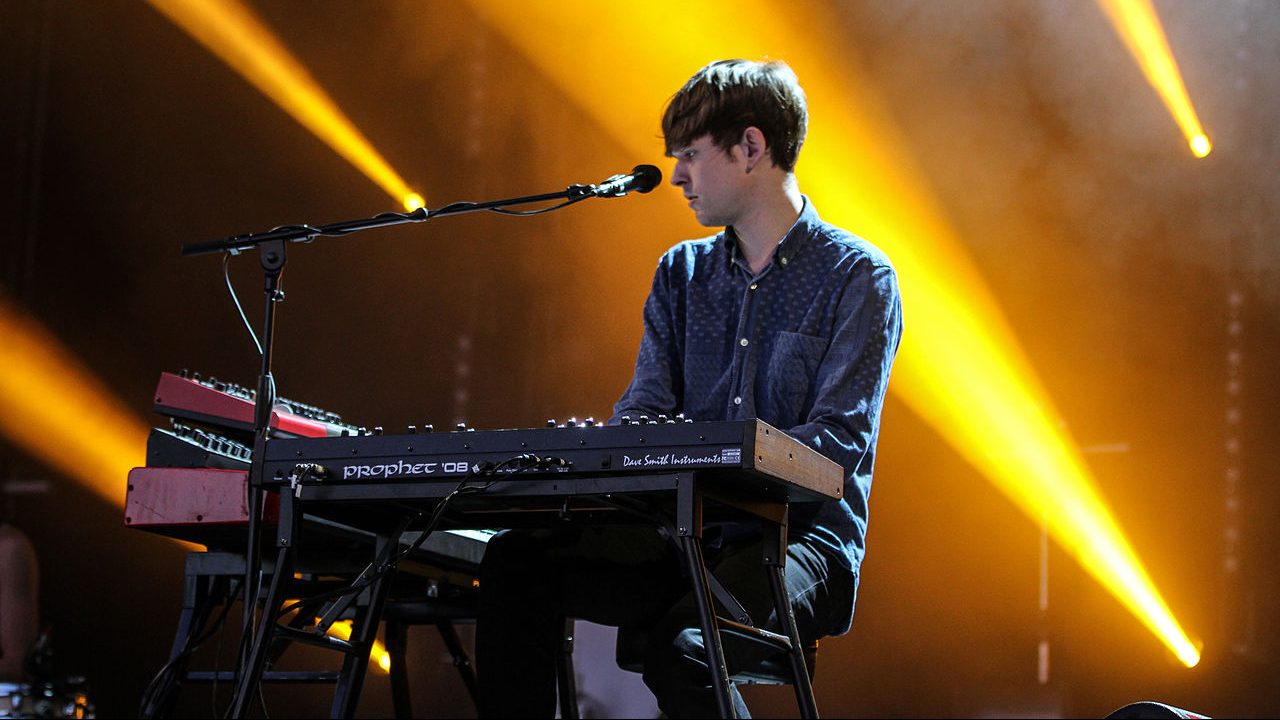 Part way through ‘Timeless’, the fourth song of the night, and fourth track from this year’s surprise release The Colour in Anything, I realise why this James Blake gig is so much more than a whiny young man sitting behind a bank of keys and synths.

I’d only ever listened to music from the London-born electronica musician and producer alone in my bedroom, or perhaps through headphones on a solitary bus journey. Every glorious chord change, falsetto splurge and lovelorn lyric had seemed my own. My heart rate had dropped, and then quickened, at very particular and frequent points throughout Blake’s moody dubstep backbeats and piano ballads.

When the synth glitches arrive in ‘Timeless’, breaking through a percussive, steady beat and a distinctly non-emotive (by Blake’s standard) vocal line, a huge sigh ripples through the Bristol crowd. Blake has the heavenly skill of knowing just when to propel forward in his chord sequence, when to add into the song a strange timbre, or a new, crushing melody, and when to break up one instrumental line that the song has relied on since it started spinning two or three, even four, minutes ago.

Live, everything that was hinted at or somewhat explored on record is even defter. The heartbreak evident in ‘Choose Me’—a stirring tale of need—is made into an even dizzier, more frenzied plea, brought out early in this set. Rising and falling synths make this track the ultimate heart string-tugger. It rises and falls continuously, until Blake hits us with “You don’t owe me anything /What could I want back from you?” It’s an impressive feat of power for a man who so often puts himself in the firing lane in his lyrics.

It is impressive that Blake is able to play this record live at all. The mechanics of the emotion he creates for his willing audience is likely down to the fact that, for once, Blake is not relying on computers. “It’s taken us a long time to get us to this stage, where we can play without laptops, spacebars or automation”, he said “There’s a reason people don’t play electronic music live—it’s hard.”

Each musician sits on his own individual platform, with Blake to the side, rather than the middle, allowing his band members to take as significant a role as he does and equalising all the layers from which his music is made up. The three make up a resilient unit of sound, propelled over the audience with sincerity.

What does come from Blake alone are his vocals, his signature soulful croon which could just as easily become a moody whine as a sublime falsetto. His rhythmic vocal trick is often incredibly simple: one vocal line repeated on loop (often with a loop pedal, freeing up his hands for effects and a constant layering of keys), as he does on ‘Modern Soul’. Over and over he sings “Because of a few songs”, each time his murmur swelling over disparate piano chords and a defiant siren-like synth.

But it is Blake’s gaping ear for harmony and his placement of uncomfortably beautiful intervals that allow his voice to retain the most sensational sound of desperation. His voice is no more vulnerable than in his cover of Joni Mitchell’s ‘A Case of You’, reworked into a sombre love song to end all love songs, and sung free of any effects or electronics, which proves his technical ability of both piano and voice.

It’s a voice Beyonce wanted and used on ‘Forward’, a surprise collaboration on arguably this year’s biggest record, Lemonade, which Blake plays of his own accord tonight. The same voice was wanted by Kanye West, who in 2014 named Blake as his “favourite artist”, as well as the name of 2016, Frank Ocean. Justin Vernon (of Bon Iver fame) is also a regular collaborator of Blake’s.

Yet, despite these huge-name associations, Blake still warms audiences on this remarkably personal level. “Imagine having him round the piano at Christmas. I’d be in tears,” I hear a man say behind me.

On my way out I see a group of four teenage boys embrace each other in a group hug. If there is ever music to make you feel more human, James Blake’s is it.